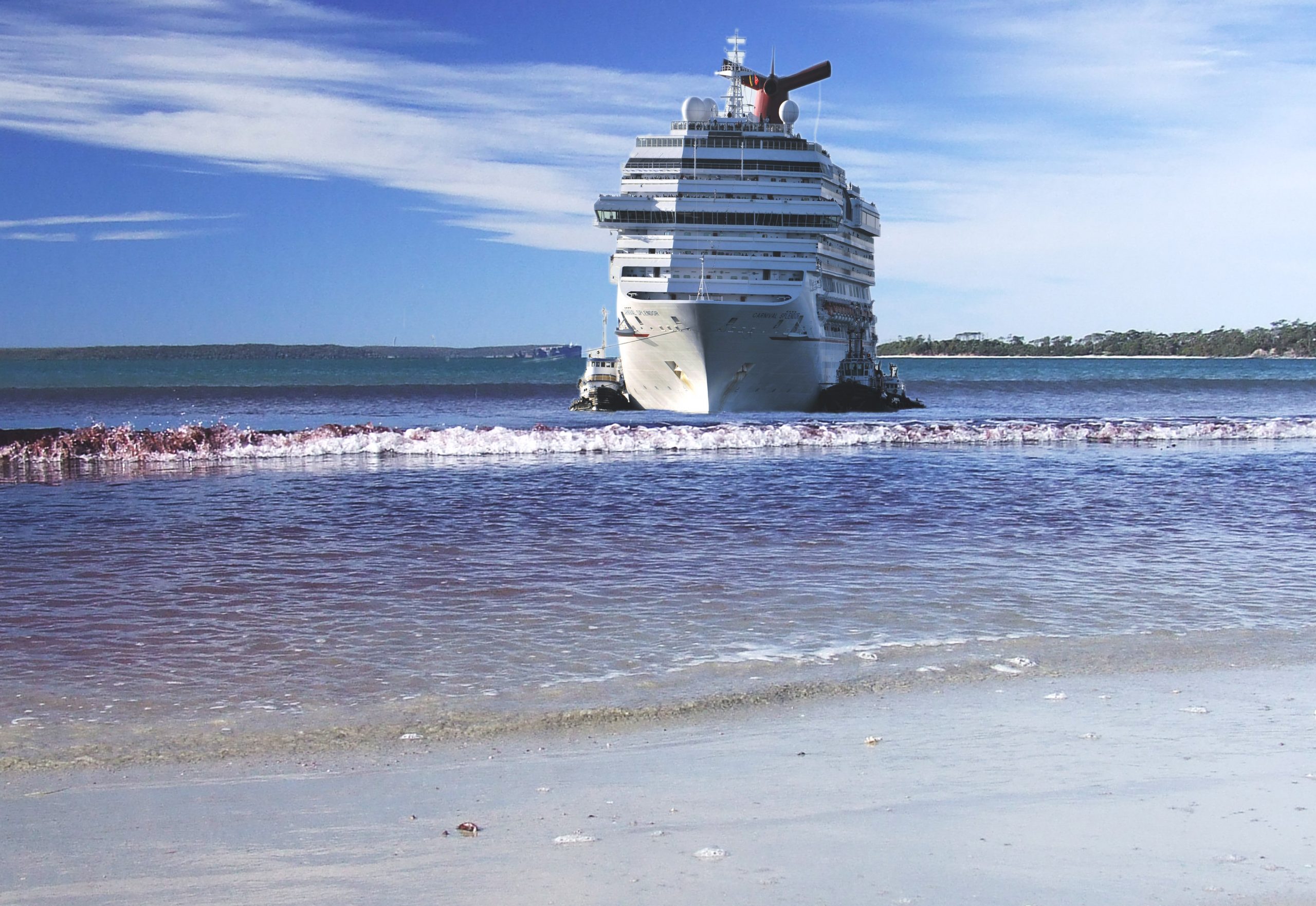 Between 2014 and 2015 I ran a campaign against the Dredging Project of Shoalhaven City Council, then being steered by one Joanna Gash and her majority councillor band. Pat Thompson supported that campaign with critical front-page publicity in the Winter 2015 edition of the New Bush Telegraph.

I was first alerted to the risks when the children of a family we knew, who lived near the cruise boat terminal in Sydney, fell ill.  This cluster was publicly linked to the flume from the cruise ships running their diesel engines on the lowest grade fuel while berthed and that smoke settling over nearby suburbs.

The cruise ship company?  Carnival Cruises. The WWF had assessed the company as the ‘dirtiest’ such operation in the world just twelve months previously. The ‘bunker fuels’ used by cruise ships are known to causes asthma, heart disease, cancer, respiratory illness and premature death and are banned in the United States and Europe.

The next chapter developed locally with our Mayor of the time leading a charge with a “Shoalhaven Wide Dredging Project” funded with grant monies. Part of that were two community meetings at Huskisson both of which I attended. It was clear there were serious doubts about aspects of the Currambene Creek proposal.

What was also clear was that there was a curtain pulled over who exactly was responsible for the requests for this dredging. ‘Commercial operators’ was the best information in available at these meetings, the second actually facilitated by Jo Gash.

Subsequent investigations proved that a cruise ship company was behind the push. Which company? Carnival Cruises. There was a chronic reluctance to admit this within the Gash junta until Councillor Amanda Findley asked the question on the floor of council and the grenade exploded that evening with great drama. The answer – as you guessed – Carnival Cruises.

Carnival Cruises wanted to bring their passengers from a Jervis Bay offshore mooring, in their lifeboats, to Huskisson. A really sad aspect of this scenario was that the local tourism group knew of this and let their moral compass swing.

In a morale boosting twist of nature, the 2015 East Coast Low eroded more sand from the creek at the dredge site than the dredging would have done, and that plan had to be dropped. A similar result occurred at Sussex Inlet.

Now fast forward these five years to our Covid-19 crisis and which commercial operators are up to their collective necks in public health scandal? The cruise ship companies. One in particular – Carnival Cruises!

Carnival and other such companies perform on the basis of high debt, big dividends to shareholders and incorporation in the tax havens such as the Bahamas and Bermuda. In 2019 Carnival had $71million more in tax deductions over taxation owed on an income of $3,060million. Carnival have now announced they have suspended all cruises until May 15.

The most controversial ship in the fleet, in Australia and in Sydney, and now subject to a major police criminal investigation, the Ruby Princes, belongs to which company – Carnival Cruises.

Carnival Cruises emitted 10 times more cancer-causing gases in Europe than all of the continent’s  passenger vehicles combined, according to data released on Wednesday this week. This is not the total health profile of Carnival.  Passengers stuck on the cruise ships feel the companies have breached their duty of care in their handling of the Covid-19 outbreak and said they feel the ships are not even being properly cleaned.  The cruise ship passengers seem to have been prepared to look past some major environmental concerns.

Carnival are a leopard that hasn’t really changed its spots.