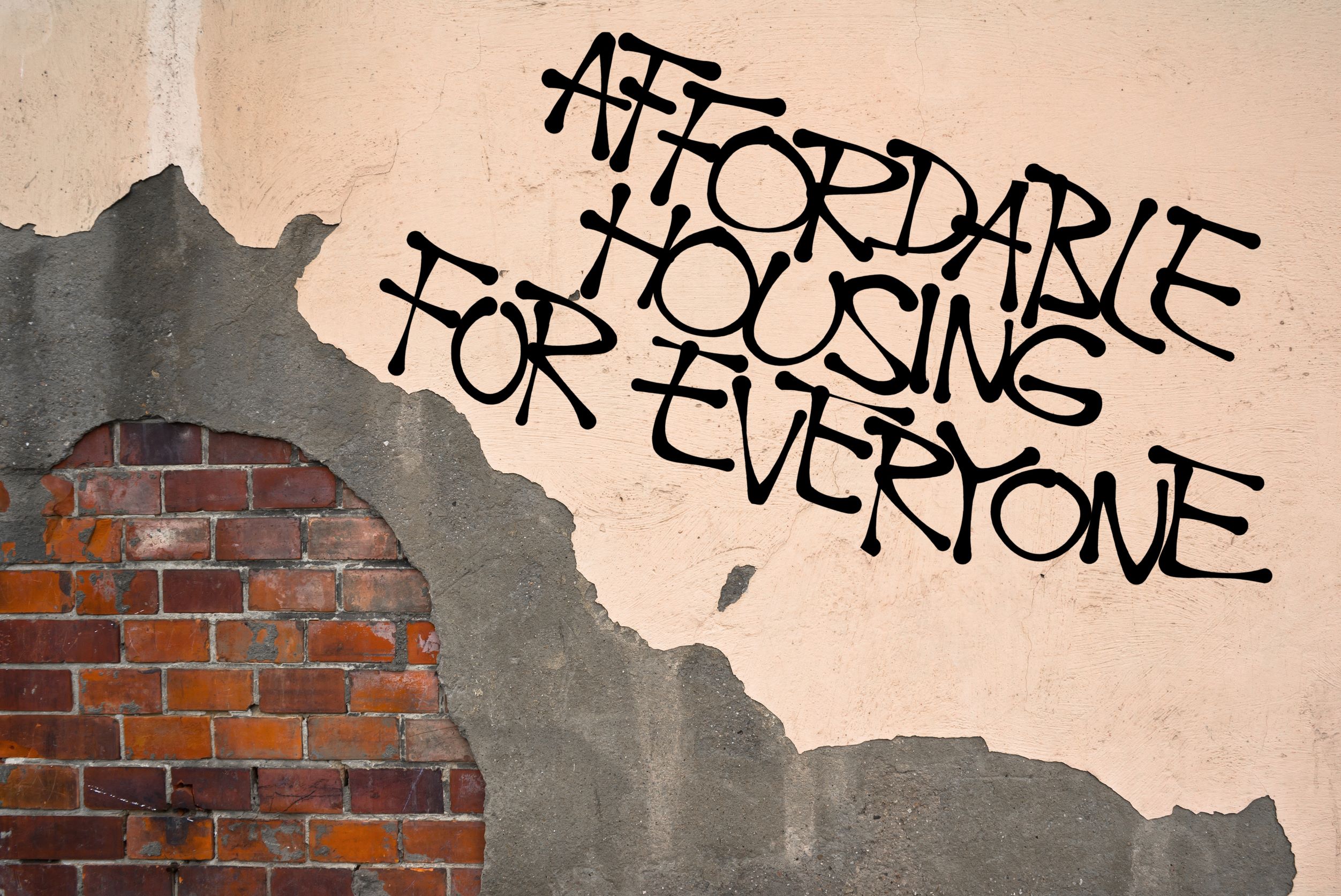 Barely a week goes by without numerous people contacting me simply looking for somewhere affordable to live. Almost every time my answer is the same - I'm so sorry, I wish I could help, have you tried...

The definition of affordable housing in practical terms is where you don't have to pay out more than 30 per cent of your income to keep a roof over your head. Anything over that affordable line means you are in housing stress of some sort. These days it's a rare thing indeed to meet someone who has anywhere near that 30 per cent.

The cruellest thing is something could have been done long before we reached this crisis point. Governments in Australia have chosen to let the so called 'free market' decide on the cost of rent.

Support for tax breaks for investment properties means that wealth is accumulating faster for those who could afford to buy into the property market and continues to squeeze people out. Successive governments have taken the popular way out and kept the tax breaks in place while reducing the spend on public housing.

The Liberals in NSW took this one step further and transferred a huge percentage of the public housing stock to not-for-profit housing groups. Here in the Shoalhaven those properties were mostly transferred to Southern Cross Housing.

Some of the homes transferred were not fit for people to live in and the measly budget that the Government supplied meant that fix ups are actually a waste of money - when what we need is new fit for purpose housing.

This is a band wagon I have been on for years. I can't tell you how many ministers I have handed a briefing document outlining how redeveloping some of Nowra's worst homes would be a win for the government, a win for the people and a win for business! All responses were happy lip service and no real action.

I recently brought a Mayoral Minute to the table to try and explore some ways that council could possibly raise revenue for a housing fund that could assist with building more homes.

These are the recommendations that had majority support but not all councillors voted for it.

1.    Receives a report from staff in a timely manner on potential proactive actions that can be taken to influence the availability of existing housing and increase the amount of affordable housing available in Shoalhaven, that specifically considers the following opportunities/potential Council actions:

Note: including how relevant Short Term Rental Accommodation (STRA) properties could be identified; options to create a specific rating category for STRA properties and the associated administrative process, including any legislative impediments, for the movement of relevant properties; the processes required to establish and administer the SRV; and the creation of a restricted reserve account where all funds raised through the SRV are to be used for the purpose of generating additional perpetual affordable housing in Shoalhaven.

b.    Land use planning options to better manage the amount of STRA available within Shoalhaven and its use/operation.

Note: including the potential for mapping and/or other provisions in Councils Local Environmental Plan and other planning documents to prohibit, cap/limit or allow the continuation of STRA in Shoalhaven.

c.    Run a campaign to reach non-resident ratepayers and STRA owners to urge them to consider renting their dwellings longer term to contribute to the local rental accommodation market and assist in the provision of additional much needed affordable housing opportunities.

Note: including all possible practical and cost-effective ways of reaching relevant owners, such as direct mail outs, and the potential associated costs.

2.    Considers the potential impact of any actions that are ultimately pursued in this regard on the visitor economy of the City (including research if necessary) and achieve a supportable balanced outcome, if possible, for the future.

Once the minute was made public, it drew some negative points of view as would be expected, but overwhelmingly people have been supportive and see it as a positive way to try and do something.

I doubt this will yield any fruit, but we have to try, not unlike the frustrated Mayor of Dorset in Tasmania who did something similar.

Amanda Findley is the popularly elected Greens Mayor of Shoalhaven City Council and serving her second term as Mayor and her fourth term on Council.