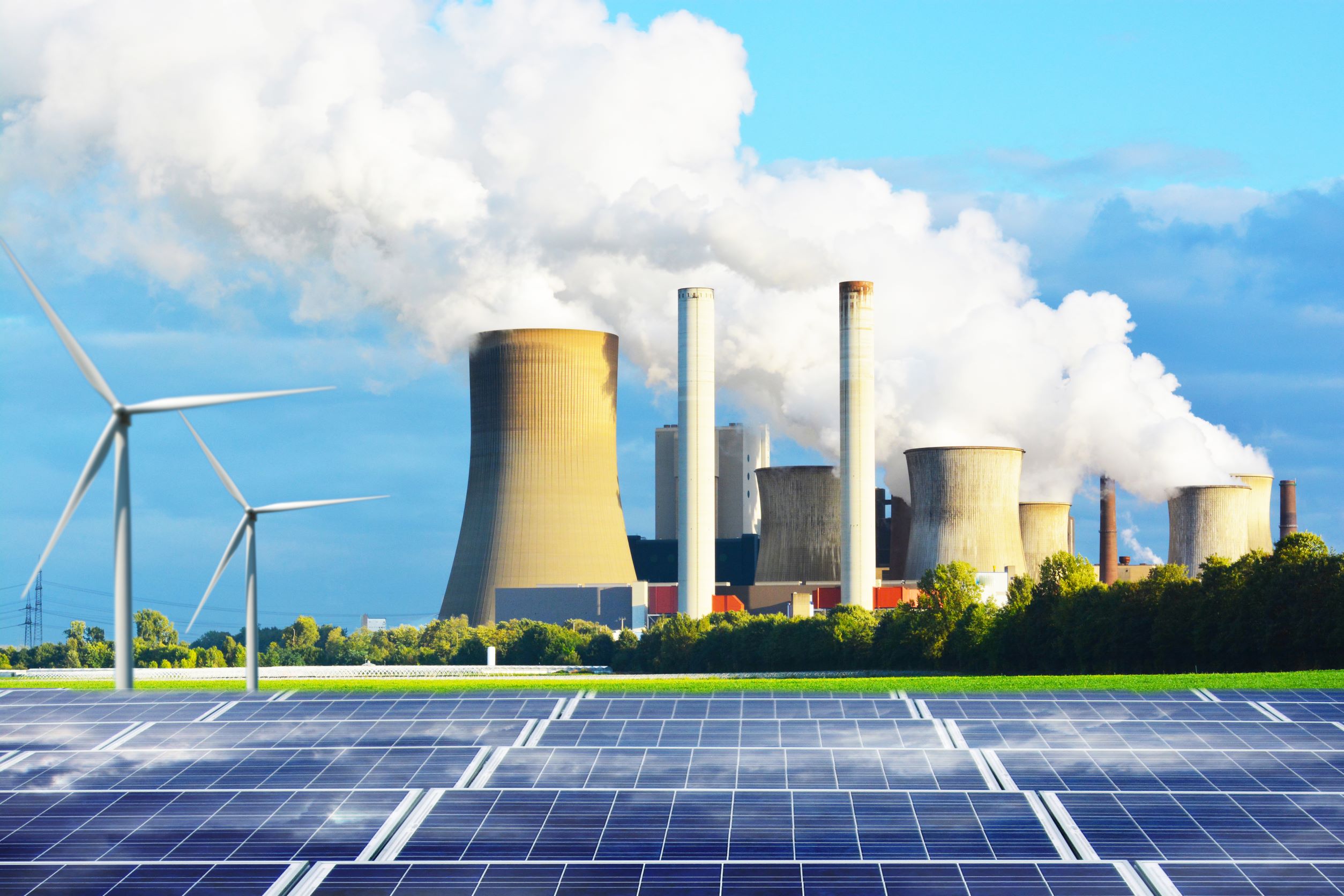 How the Federal Government Could Help Modernise our Electricity Grid

The Federal Government’s marketing of its climate change mitigation policy - exemplified by its slogan ‘technology not taxes’ - implies that progress towards net zero emissions depends on some ‘not-yet-available’ solution. The unspoken corollary of this is that until the unknown date when that technology arrives, we should just carry on with fossil fuels.

For some areas – for example green hydrogen and steel manufacture – major R&D effort is indeed needed.

But for electricity supply, we could eliminate fossil fuel electricity without any major new technology breakthroughs. The federal government’s ‘technology message’ obscures the need to act with technological and financial tools already at hand.

The Job of the Electricity System

The job of the electricity system is to supply enough power to consumers to meet their electricity demand.

The graphs show that the peak demand happens in the evening. It can be double the minimum demand. And on some days it is much higher than others.

The Way it Used to Be Done

In the 1990s there was an interconnected network of coal power stations producing constant ‘baseload’ power.  To supply the extra power needed at peaks we would use a mix of hydroelectricity (hydro) and gas. At night, demand was low, so to give the coal power something to do, we heated water at night (off peak water) and pumped water uphill, ready to downhill again to make power.

The distribution system was designed and built to move power from a few central places (the coal power stations and the Snowy scheme) outwards to consumers.

The whole thing was government owned and run, and there were buildings full of engineers making sure the system was reliable and secure. In those quaint old days governments used to think they should own, operate, control and subsidise the complete entity in the national interest.

How it is Now

Starting in 1999, governments of both persuasions in all states progressively sold most power stations and power distribution assets to private enterprises.

The rules for operating the market are created and updated by the Australian Electricity Market Commission (AEMC) – a government body. The government has defined the ‘National Electricity Objective’ to steer the AEMC. This objective refers to electricity price and reliability but includes nothing about transition to lower greenhouse gas (GHG) emissions.

Each part is operated as a competitive market. Energy suppliers can bid to supply power into the grid in five-minute slices. The cheapest bidders are authorised to provide power. The average price is about 7-10c/kWh, but there can be extremely high price peaks when demand is high. (The chart for 9/2/17 shows a peak of nearly $8/kWh). Electricity companies can withhold supply in order to increase the price. AEMO can require generators to turn on, but it must pay $15/kWh to do this.

The fleet of coal power stations is now retiring quickly, for a few reasons:

The system will be better when the coal power stations have been replaced.

The electricity will be inherently cheaper because no fuel is needed, and, for solar PV, no moving parts to maintain. Our abundance of cheap energy sets us up for major economic opportunities in hydrogen export and steel manufacture and sets us up to free ourselves from imported petrol and diesel.

There will be almost no operational CO2 emissions and less environmental damage than from coal mines.

Because renewable energy can be distributed and small scale, there are opportunities to provide cost relief and income to a wide range of people, businesses and regions.

It is unlikely that nuclear power would be able to compete on price with solar and wind for the supply of most of the energy.

When the power stations were sold, they were in good operating order and were sold off very cheaply. So all the power companies had to do was cover their operating costs. And businesses could defer capital expenditure and governments could claim that the privatisation was working well. But now, the power stations are reaching the end of their life. Major expenditure is needed regardless of the climate change imperative.

The Federal government can help by addressing some issues that do not depend on new technology:

We need more ‘dispatchable energy’. These are energy sources that can quickly and dependably be turned on for periods of hours to days when there is a lull in sun and wind output. Hydro power can fulfil this function. So can solar thermal plants. So can gas.

To support a grid running on 100 per cent renewables, a requirement of 450GWh +/- 30 per cent storage capacity has been estimated. This is about equal to 20 days production from the Liddell Power station. However this estimate does not include for the increases in demand for green hydrogen manufacture.

Snowy 2.0 will provide up to 350GWh, which is enough for well over 50 per cent renewables but not enough for 100 per cent. And we don’t want to put all our eggs in one basket. Hydro power stations have a long lead time, so we need more projects to start quickly.

Existing and prospective new renewable projects are already facing the prospect of curtailment because there is inadequate storage for the excess renewable energy generated at solar and wind peaks.

Fully privatised markets are not good at supplying 24/7 service to everyone, everywhere. The issue is that to decide to build a power station, an entrepreneur needs to see a way of recouping a large capital cost from an expensive asset that only runs intermittently. If the financial model is to recover the money by selling power, then the price needs to be very high – so high that it is unworkable. So a model needs to be agreed on quickly to reimburse prospective power station builders. The government also needs to contribute financially to get the necessary work started.

A reverse auction process is one possible path. The government can identify the requirement and select the offer(s) that require least public funds.

It is an accepted use of government funds and regulations to ensure full coverage in situations like this. The Telstra Universal Service Obligation is one example. Australia Post is another.

Minimise the Use of Fossil Fuel Gas

The Federal Government has been promoting a ‘gas led recovery’ and subsidising gas power station start-ups. But there are problems with gas.

The imperative to reach net zero CO2 emissions means that building gas power stations now will leave us with a choice in the near future of either incurring major expense in scrapping or replacing them, or retrofitting extremely expensive sequestration or offset schemes, or falling short on our emissions targets and continuing to cook the world. The mining and production of gas is a significant source of GHG emissions, in addition to the burning of the gas.

We saw in South Australia a few years agoH2, and are seeing in the UK nowH1, a foretaste of the cost risk with gas. Gas, whether it is fossil fuel gas or Hydrogen, is a world commodity and will be in high and variable demand. It is prudent to minimise our exposure to the vagaries of the world market.

The government claims that there is a shortage of gas for industry. If so, burning more of it in power stations will if anything exacerbate the shortage.

The existing grid was built to get energy from coal power stations to consumers. Now it needs to be rearranged to get the energy from the new places where it will be produced. AEMO already has a clear picture of priority work to be done.

The approach being taken by the Federal Government is that the private sector should finance transmission line projects. One problem with this approach is that it is difficult and complicated to arrive at a financial model. It is hard for a private organisation to predict how much revenue can be earned from a transmission line. There is a ‘chicken and egg’ situation.

The builder of the transmission line does not know how many customers there might be. In turn, prospective customers do not commit, because they do not know if the transmission line will be built. It is also hard to arrive at models for how the users of the line pay, and for allocating responsibility for the integration of the line and its connected power supplies into the total grid.

The net result is that, at the moment, new power generation projects are being stalled because existing transmission lines are too far away or inadequately rated.

In particular, the government, having committed taxpayer funds to building Snowy 2.0, needs to ensure that it will actually be connected to the grid on time.

Another issue is that, after the expenditure, the private owner has near-monopoly control over the asset, so electricity users are subject to ongoing monopoly level charges.

The government can help by financing transmission lines partially or wholly and owning assets.

The principle of using public finance for funding ‘nation building’ infrastructure like this is already well established when it comes to roads and railway lines.

The government can help by supporting community level energy storage. Batteries built at a rural community reduce the community’s dependence on remote power supplied by long hard-to-maintain bushfire-vulnerable power lines. Local businesses can make money by installing solar panels and selling the power to the battery operator. And, because the community can make more of its own energy, the community is wealthier and more robust.

Demand management and energy efficiency can make an important contribution.

Thousands of decisions about energy savings are made by thousands of individuals and businesses. The most efficient way to optimise these decisions is to set a proper price and let the people involved in the decisions work out the best thing to do. So ongoing production cost of energy should not be excessively subsidised. And there should be a carbon price to reflect the actual damage that GHG emissions are doing to the world.

It is better to support employment, training, capital improvement and R&D to set up our industries as energy efficient, low GHG emitting operations.

We need a clear objective to lower GHG emissions, supported by a carbon price and / or enforceable targets, and included in the National Electricity Objective.  The absence of a GHG emissions objective, or rules about GHG reduction, or a carbon price, effectively sets the cost of not achieving net zero emissions as nil. This leads to public and private financing of projects which lock in CO2 emissions without evaluation of the actual cost of offsetting or eliminating emissions.

We have seen the positive effect of strong state government willpower to get things moving forwards. Similar willpower and ‘felt leadership’ from the Federal Government would set the tone and give a huge positive boost to this country.

Rowan Huxtable is an electrical engineer working in heavy industry and industrial automation. He was a founding member of Wollongong Climate Action Network.