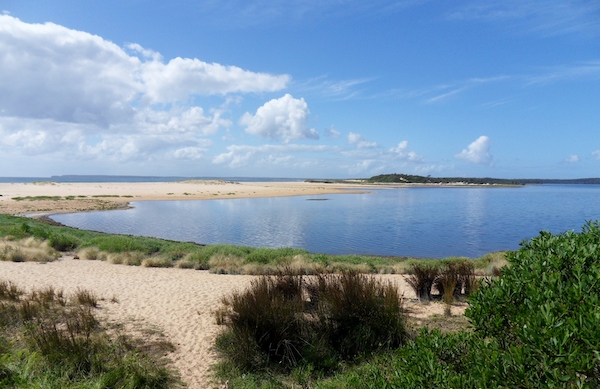 Ignoring Implications for ‘One Way In, One Way Out’ Towns in the Shoalhaven

Have those in power learnt anything from the bushfires that raged through the Shoalhaven and across our country only last summer?

We have a new hospital concept denied by various government levels despite providing a more centralised location and better services for the region. At the same time, the Shoalhaven is under attack by over-development with numerous applications in progress in ‘one way in one way out’ towns that already don’t have adequate infrastructure and services.

The concept proposal for the West Culburra development is a true representation of this madness, with environmental and safety issues surrounding this proposal. If successful it will significantly increase the population for the small town. Many residents hold concerns that the current infrastructure will be insufficient. This development would include 244 low-density residential lots with the possibility of 293 dwellings.

This ‘one way in, one way out’ community with single road access saw the 2019-20 bushfires come within nine kilometres of the town centre of Culburra Beach. With added population and no upgrade to roads, safe evacuation from Culburra would be highly questionable if recent events were repeated and would potentially put more lives at risk.

Many environmental issues arise from the development proposal, located between Lake Wollumboola and the Crookhaven River. It requires over forty hectares of Currambene lowland coastal forest be cleared, a habitat corridor that extends west to the Shoalhaven escarpment and north to the Crookhaven River wetlands.

This is habitat for threatened bird species such as the Powerful Owl and Black Cockatoo, as well as many other native flora and fauna. Lake Wollumboola is home to internationally significant birdlife and increased stress on the local environment and ecosystems could have a major impact.

Mangroves play an important part amongst the coastal wetlands. Environmental damage along the river could cause water quality issues with a roll-on effect for the oyster and fishing industries.

Importantly, this area has Indigenous significance, and Aboriginal middens along the Crookhaven River shoreline recognised as regionally significant Aboriginal heritage would be damaged or destroyed during construction.

After losing so much bushland to bushfire, it is only just beginning to repair in most Shoalhaven areas; much still stands in eery silence, still like it was a year ago. It is a constant fight to save the little pockets left against developers and logging.

Not only is this destroying our necessary ecosystems and the little refuge that remains for our wildlife, but the more you chop, and the more you log, the more intense bushfires can become in the future.

We need to think about the future and not just the ‘now’. Economics based on greed and environmental destruction only works until there’s nothing left to take or the planet passes its tipping point.

When will community need become more important than money and developer greed, and when will resident’s safety and infrastructure be considered before approving developments on such large scales?

2 comments on “Ignoring Implications for ‘One Way In, One Way Out’ Towns in the Shoalhaven”