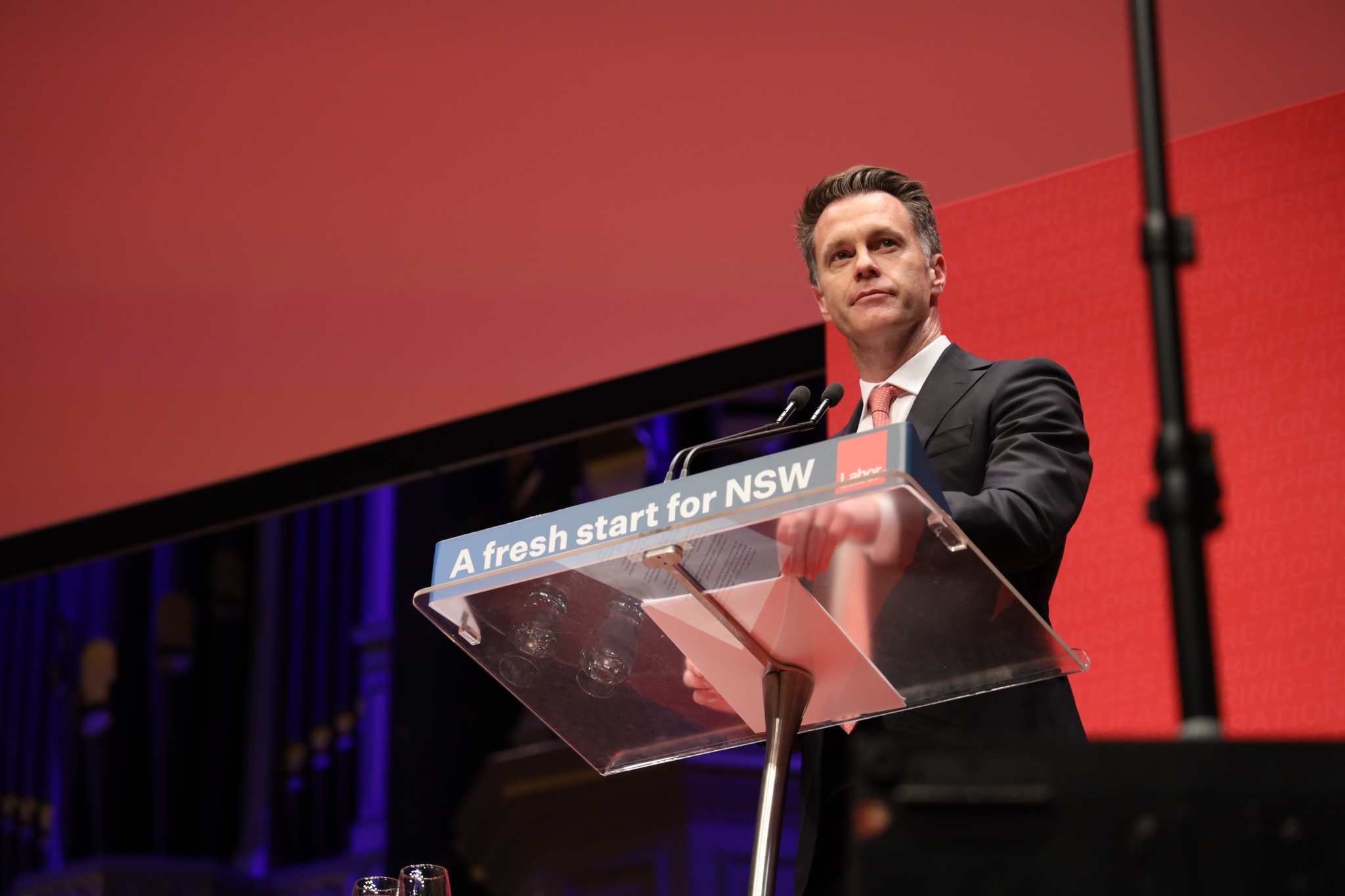 In his December 5 response to the sentencing of the Fireproof Australia protester Deanna ‘Violet’ CoCo to fifteen months in jail and a refusal of bail pending her appeal, Minns showed whose side he was on. He was really a Liberal. He agreed with Premier Perrottet who found the young woman’s jail sentence ‘pleasing.’

In his failure to support the Upper House Labor MP Shaoquett Moselmane, Labor opposition leader Chris Minns imitated the behaviour of his predecessor Jodi Mackay who derided Shaoquett in response to cues from Sydney’s radio shock jocks, from after dark Sky News commentators and from various Murdoch media outlets.

The treatment of the Labor MP Moselmane, a staunch supporter of the Chinese community and of Palestinians, had been a test of principle and of courage in public life. Minns failed the test.

His response to the sentencing of Deanna Coco shows a similar pattern, a taste for punitive policies, a fear to differ from government and establishment interests. This latest State Labor leader shows little interest in supporting civil liberties by, for example, questioning punitive policies.

In a doorstop interview on December 5, a journalist asked Minns if he regretted supporting laws which increase punishments for nonviolent protesters with larger fines and two years in jail. Minns was certain, “I don’t regret supporting those laws.”

Deanna CoCo’s lawyer Mark Davis acknowledged that as a protest that environmental protection and the climate emergency were not being taken seriously, in April this year his client had blocked one lane of the Sydney Harbour Bridge for 28 minutes for which she could be in prison for 15 months. He considered the sentence “totally disproportionate… done to deter other protesters.”

Chris Minns disagrees with those judgements. To justify his defence of draconian laws, he exaggerates. “You’re taking about a situation where mass protests are shutting down half the city… They were shutting down the city in a comprehensive, staged and strategic way.”  Mass protests? Half a city shut down. If only?

Opposition to fossil fuel-based energy policies and thereby to find ways to protect a precious environment, confronts politicians and environmentalists. Minns must respond to that challenge. He has a chance to ponder alternatives to a rigid focus which says that protesters must be suppressed and punished.

He could instead display imaginative, stand-alone leadership by considering whether, in response to energy policies which have contributed to climate change, disruptive tactics may be in a national interest.

That leadership is absent. Unable to say how much activism is too much, NSW Labor, Liberals and Nationals retreat to the law-and-order camp where they can avoid the essential issue about threats from climate change.

Scientists from the Intergovernmental Panel on Climate Change (IPCC) predict an existential threat to life on earth, in which case a younger generation have good reason to fear the future. In response to that general issue, not just to the drama of one lane of the Harbour Bridge being blocked, Minns and his party could be agreeing that the threats from climate change are real and that protesters such as Deanna CoCo are motivated by a sense of desperation.

Compliance with conservative establishment interests is the common denominator in responses to the sentencing of an environmental protester and in the treatment of an Upper House MP, albeit a Muslim, who supported diverse charities, Palestinians and members of the Chinese community and was hounded from parliament.

Regarding these issues Labor leader Minns has faced several questions.

Should he display courage in public life, defy the authoritarian trends, or should he search for an option approved by the Liberal Party, Sky News and hostile radio commentators?

Is he able to be cosmopolitan in assessing the severity of threats to life from the extremes of climate change and in consequence conclude that in the current political climate, extreme forms of protest are understandable, that silence and business as usual should not be justified?

Presented with the chance to defend Shaoquett Moselmane, should this new leader have avoided repetition of his predecessor’s right-wing media influenced attitudes?

In answer to all these civil liberties questions, it looks as though a Minns led NSW Labor Party will be no different from the conservative establishment interests which they are supposed to oppose. Courage in public life is not on the agenda. That is disappointing and alarming.