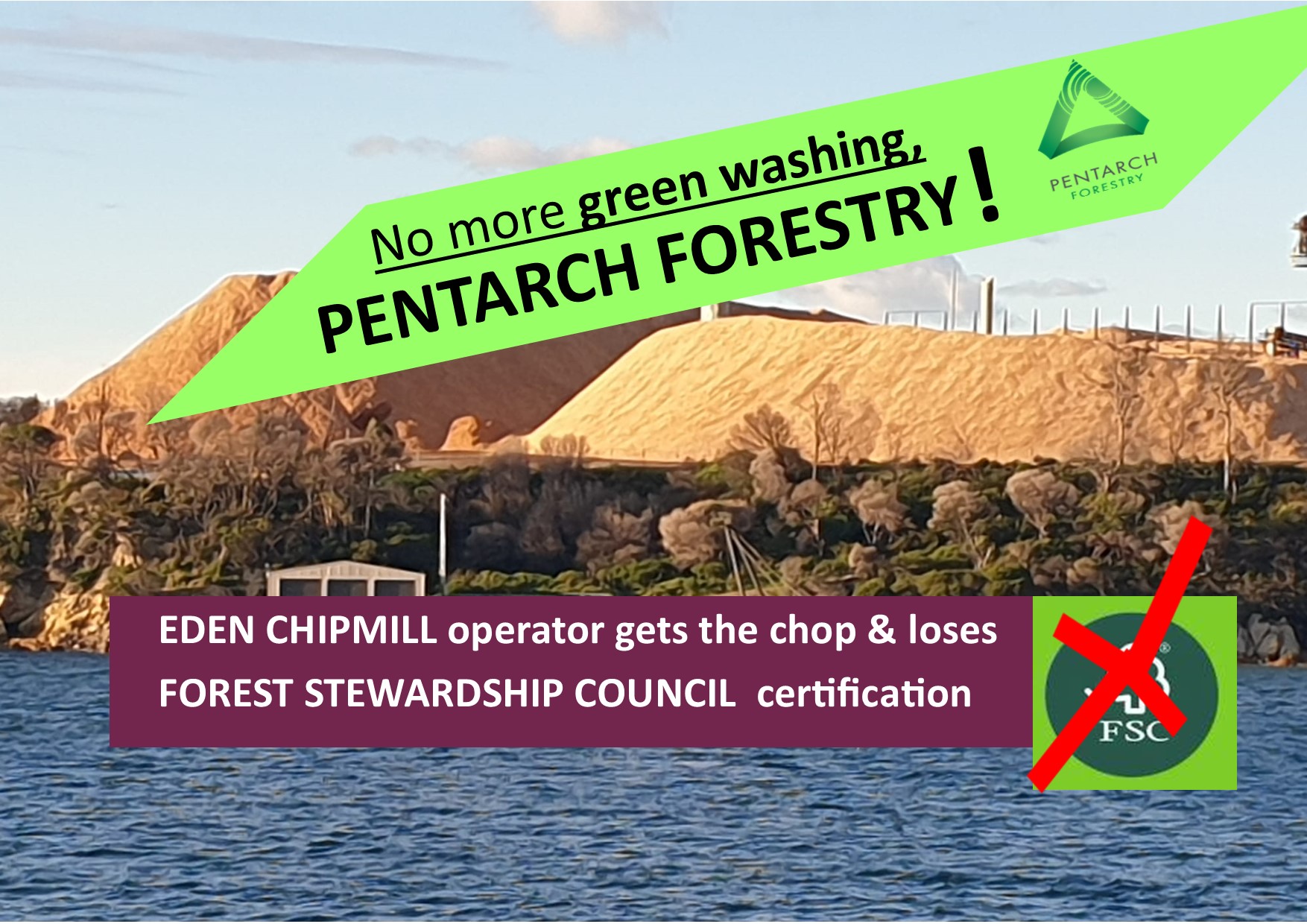 Pentarch Forestry, the biggest native forest logger in NSW and one of the biggest in Australia, has lost its Forest Stewardship Council (FSC) sustainability certification and has been required to remove the FSC logo from its website.

A renewal audit found that Pentarch’s due diligence system was out of date, native forest and plantation wood were being mixed together, and threatened species assessments were not being done.

The Forest Stewardship Council was established in 1993 to promote “environmentally appropriate, socially beneficial and economically viable management of the world's forests".

Its main concerns are issues such as illegal logging, deforestation and climate.

It claims that forests managed to its standards offer benefits to both local and wider communities which include cleaner air and water, as well as contributing to mitigating climate change.

The right to use the FSC logo indicates that the product comes from responsible sources - environmentally appropriate, socially beneficial and economically viable. The FSC label is used on a wide range of timber and non-timber products and aims to provide consumers a way to support responsible forestry.

Even those who lack confidence in FSC certification generally acknowledge that it is the most reputable available.

One of the aims of the controlled wood certification which was obtained by Pentarch in 2017 is to avoid the mixing of wood products from "unacceptable" sources in FSC-labelled products.

In recent years, Pentarch has been on a buying spree, acquiring Boral Timber and Dormit mills in 2021.

Conservationists have long been concerned about the Eden chipmill’s potential to mix up plantation and native forest chips due to the loading arrangements there.

The major part of Pentarch’s business is logging and processing wood from public native forests which have failed to achieve FSC certification.

The company has a monopoly on all logs taken from State Forests in the Eden Region.

Pentarch has managed logging for the highly controversial Eden woodchip mill since 2015 and bought out the Boral Timber interests in August 2021, making it a major player in NSW, Victoria and Tasmania.

In 2017 it obtained FSC Controlled Wood Certification for its Eden, Victorian and Burnie plantation operations.

This certification was controversial and opposed by conservationists at the time and at each following occasion when it came up for renewal.

Ending native forest woodchipping on the NSW South Coast is the longest continuously running environmental campaign in Australia. The Eden chipmill was established over 50 years ago and has been resisted strongly by conservationists locally, nationally and internationally.

Since the Black Summer bushfires pressure has grown on the native forest logging industry in the region. Eighty percent of State Forest available for logging on the South Coast was burnt. Removal of FSC certification from Pentarch will not help to boost confidence in its future.