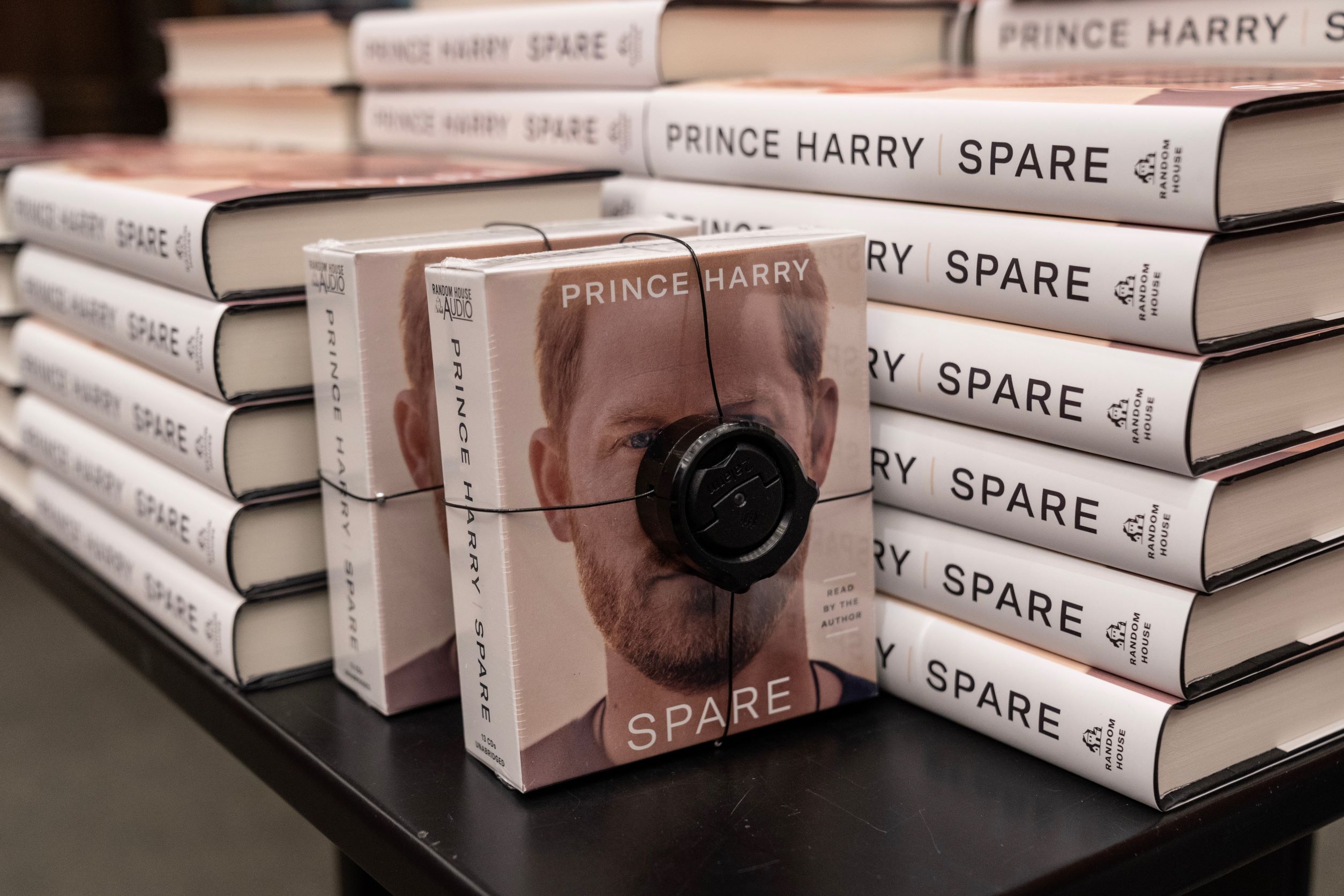 The Taliban forbid women to go out alone or attend universities, Israel confirms it is a racist, apartheid state, Rohingya refugees despair, executions continue in Iran, Russia is reducing Ukraine to ashes, the Myanmar military promote brutality, fascist-like Republicans shackle the US Congress, asylum seekers are punished by UK and Australian governments, and Julian Assange still languishes in a top security prison.

Despite all this, media time has been diverted to something allegedly more worthy of public interest: the contents of the Duke of Sussex, alias Harry Windsor’s Spare, which, on the first day of sales, 400,000 people are reported to have bought.

‘Bought’ is the operative word. It can mean you’ve been fooled into taking something seriously instead of discarding it at first sight.

If the Harry claims can’t be entirely ignored, an unmasking of a few of the reported Spare absurdities may re-focus attention on the millions who will never live in a Californian mansion let alone sleep in a palace.

Reported outrage provoked by the alleged question concerning the possible colour of Harry and Meaghan’s son is reported as so controversial that it’s foolish to even dare brief comment. The Oprah Winfrey surprise that anyone might have asked such a question, or was it the inoffensive ‘what might he look like?’ is supposed to leave no room for error. Yes, racist. Really?

In some circumstances, it’s possible that the implications of similar questions can be re-interpreted. My wife who is not English born, has a distinct olive complexion and is frequently asked, ’What are you, South African?, German? Russian?’ or the most recent question, ‘are you a pole?’ She is slim, quite tall, and we do have Polish friends, so she thanks for that question, says ‘no’, and laughs.

The business of being a second son apparently implies pain for living in William’s shadow. Harry doesn’t want to be a royal, and likes being a Duke but is apparently frustrated that William will be a king.

I’m not a royal but my brother is ten minutes older than me, which means, like all Viking first sons, he’ll inherit a non-existent estate and as the second born, I must seek a fortune overseas. I’ve complained to my brother about this but he’s never tried to beat me up, or if he did I would not talk about it.

I do spare a serious thought for the pain and loss experienced by Harry following the divorce of his parents and the death of his mother. Such personal burdens merit empathy, understanding and psychotherapeutic help. From similar pains, millions of young men and women also endure loss. With and without help they must reframe and recast their lives

This brings me to the reported childish and even dangerous absurdities in the Spare pages. Following one row, William allegedly threw his brother into a fish bowl. Who needs to know?

More sinister is Harry’s boastful claim that he killed 25 Taliban. Why focus on global injustice when you can read about Harry’s killings? A militaristic ego unfettered seems to tell the measure of the guy, yet we get this from a member of a family whose monarch father remains the head of the Australian state.

Prince Harry’s easiest target is the British tabloids who he justifiably condemns for cruel attacks on his wife and for their obsession with his mother. That part of the Harry outrage is understandable and raises questions about the standards and skills of any journalists. Yet Harry jumping from one well publicised interview to another, and his publishers expecting Spare to be a number one bestseller suggests a hunger for financial gain, for limelight and publicity.

I acknowledge being distracted by the attention given to a privileged prince, so the only compensation is to ponder lessons learned.

Sparing a thought for the opposite of Harry-like accusations, suggests that in the culture of a future Australian Republic, politicians, most citizens and the media would benefit from humour, insight, self-deprecation and tolerance.

Better still, investigative journalists’ publicity about the policies of the Taliban, Iran, Israel, Russia,  the Myanmar military, and about official indifference to asylum seekers and to Julian Assange, should raise public interest in lives lived with no freedom, but with untimely death the only certainty.