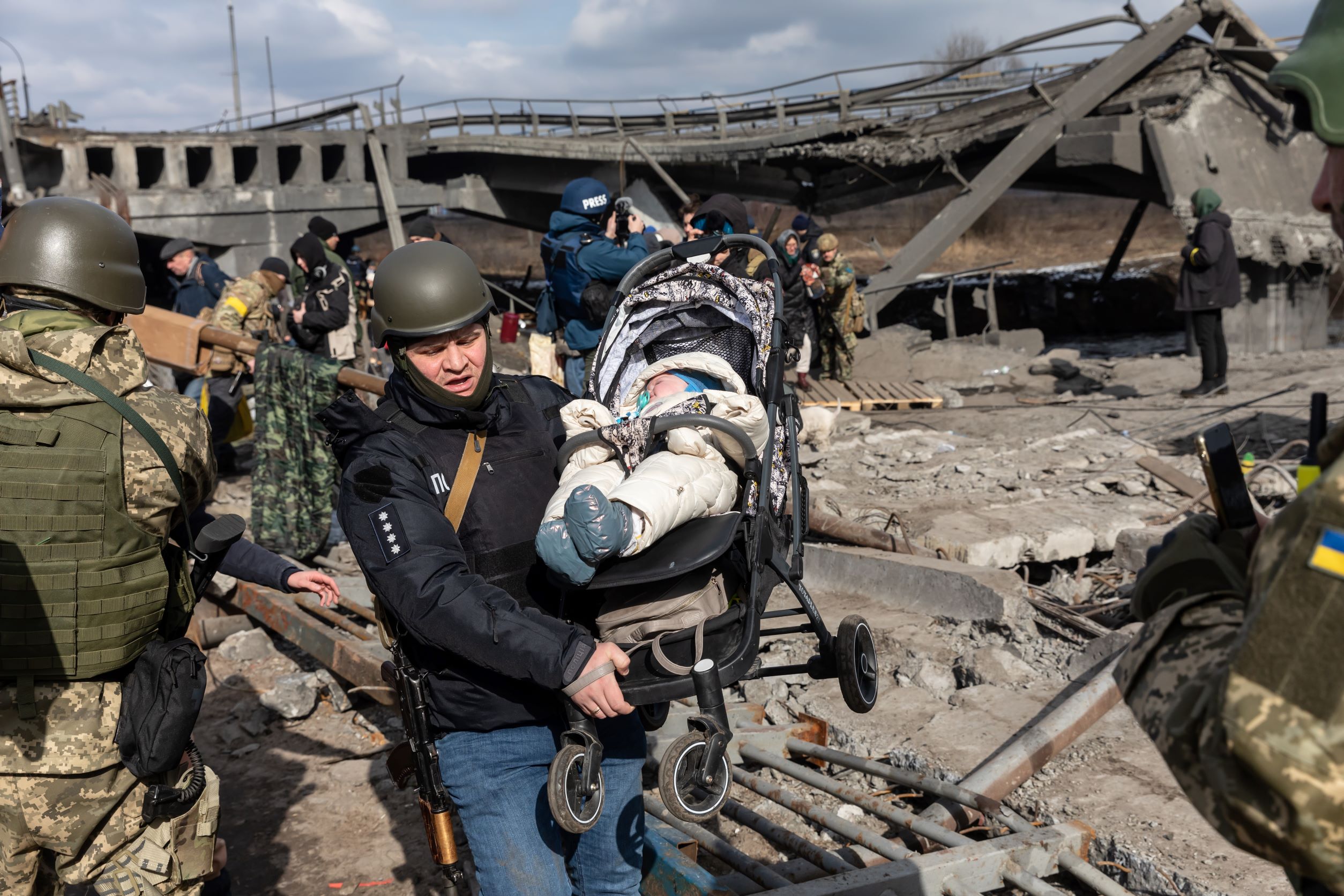 Russia-Ukraine: For Humanity’s Sake, Turn Down the Heat

The gas fire burners have been turned full on, no-one turns them down, the heat increases, surrounding material is inflammable, the house burns down.

In the run up to Russia’s invasion, and in accusatory, blame game rhetoric from all sides, there’s little concern for dialogue, for ceasefire or for imagining what peace with justice would look like. Reliance on violence makes reference to dialogue, ceasefire and peace sound weak. Military might must appear strong, though nightly television pictures of misery come with the warning that viewers may not like what they see, and threats to use nuclear weapons might end this, and us.

Comment on the value of dialogue should acknowledge the carnage of this 2022 war, the terrifying human costs and consequences. Without such admission, those who might imagine peace will be accused of being appeasers, naïve and weak.

The Office of the UN High Commissioner for Human Rights estimates almost 16,000 Ukrainian casualties, over 6,000 killed and over 9,000 injured. The Pentagon estimates between 70 and 80,000 Russians killed, or wounded, the number of deaths put at over 20,000.

The UN Refugee Agency identities 8 million internally displaced Ukrainians, and 7 million refugees. War is said to have caused $108 billion in damage to Ukraine’s infrastructure. An estimated 3.5 million people are homeless.

In pursuit of victory, or faced with defeat, the in between of human lives lost and futures ruined merits little attention. Faced with the prospect of a bitter winter, there’s a cruel irony in policy thinking which turns up the heat of war and dare not turn it down.

Even the numerous commentators on the causes of war have seemed disinterested in ways to reduce human misery and the destruction of a country. Instead, we are served repetition of articles devoted to pundits’ warnings that NATO expansion east would provoke Russia and justify President Putin’s statements that such expansion threatened his country’s sovereignty.

Those arguments read as regrets over spilt milk. The wisdom of hindsight. History rehashed. The past regrettable. Fingers pointed. The US guilty. Tomorrow more repetition. Dialogue elbowed aside. Maintain some sort of rage. Turn up the heat.

In common with its western allies, the Australian government faces the question, how to respond to Russian onslaught? It answers with promise of more military vehicles and the prospect of training Ukrainian troops.

In that answer, there’s no space even for speculation about ways to resolve conflicts. But to cease devastation, life enhancing language could be heard, and does not mean retreating from partnership with western allies. On the contrary it leaves open the possibility of influencing colleagues by thinking imaginatively about ending a war. How?

Pondering the meaning of dialogue is instructive. If dialogue is feasible, knowing and referring to the personal backgrounds of possible mediators, be they Turkish, Saudi, Ukrainian, Russian, is usually imperative. In mediators’ personal experiences, what does loss of life mean?

Dialogue is informed by a Socrates’ dictum that imagination and fascination with ideas enhances people’s empathy and compassion. Imagining peace means the missiles stop firing. Peace with justice would depend on crafting ways of living after the violence has ended. There’s nothing destructive in Socrates-like dialogue which respects life.

In the Russia Ukraine polarisation, a final tip about dialogue may seem unrealistic, but contributes to resolution: however difficult the steps towards peace, the negatives of seeking advantage over others should be avoided.

The theatre of war is dominated by tit for tat threats. Putin and his bellicose partner from Belarus won’t hesitate to annihilate any identified enemy. The G7 leaders insist that any use of chemical, biological or nuclear weapons would be met with severe consequences.

At the time of the Cuban missile crisis, President John Kennedy said that presentation of choice as either humiliating defeat or nuclear war, was a bankrupt policy. It represented a collective death wish for the world.

Over Ukraine, there persists a similar choice: continued slaughter and violence with a view to one country surviving and allegedly winning, another having to swallow humiliation and defeat. To avoid that choice, change the language, speak of dialogue and rehearse for it. At the very least, turn down the heat.

One comment on “Russia-Ukraine: For Humanity’s Sake, Turn Down the Heat”