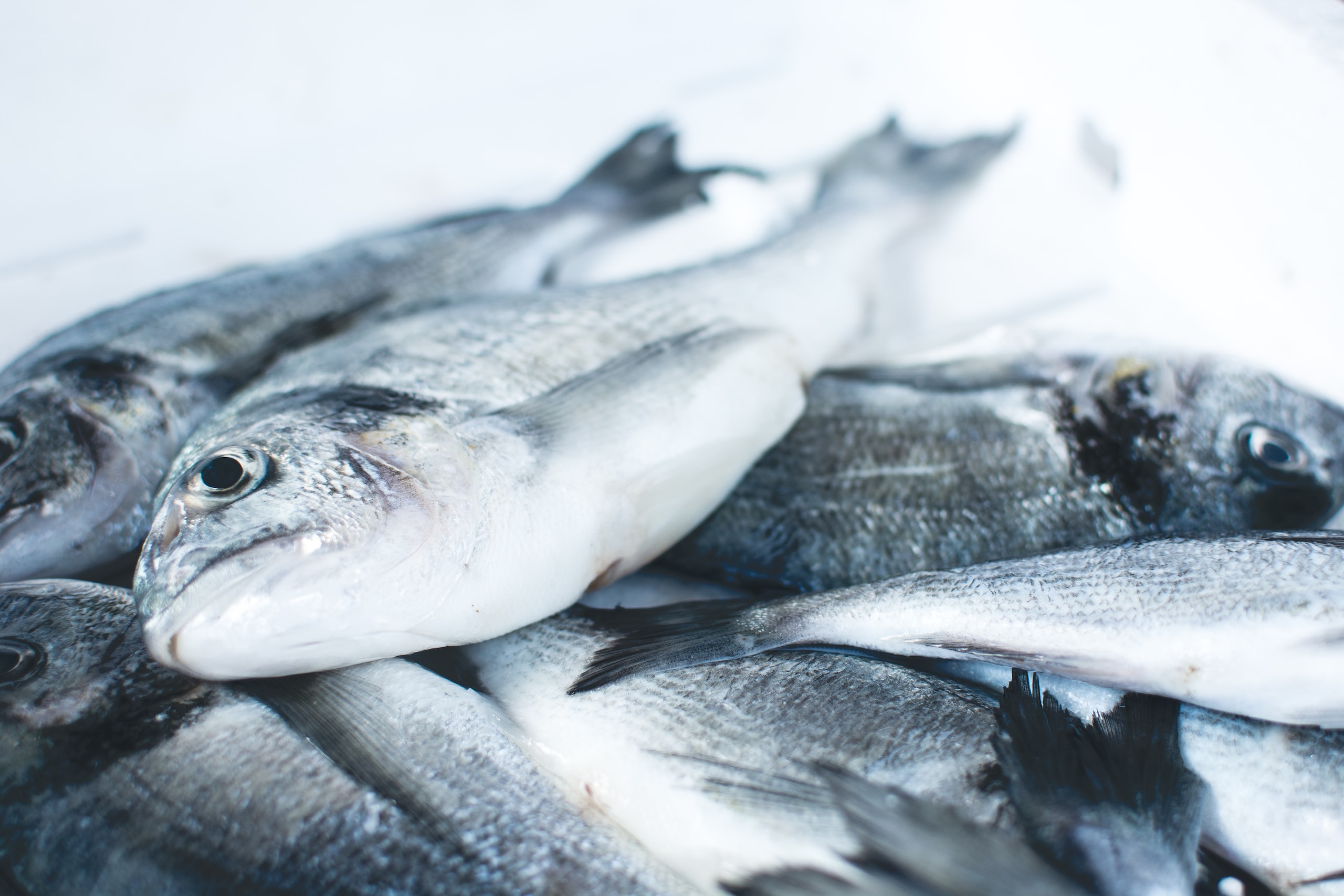 At last people are waking up to the fishing industry’s devastating impacts.

When the BBC made a film about the crisis in our oceans, it somehow managed to avoid naming their greatest cause of ecological destruction: the fishing industry. The only significant sequence on fishing in 2017’s Blue Planet II was a heart-warming story about how kind Norwegian herring boats are to orcas. It presented industrial fishing not as the greatest threat to sea life, but as its saviour.

It’s as if you were to make a film about climate breakdown without revealing the role of fossil fuel companies. Oh, hang on, the BBC did that too. In 2006, its documentary The Truth about Climate Change mentioned fossil fuel companies only as part of the solution, because one of them was experimenting with carbon capture and storage.

These films consisted of effete handwringing about a scarcely defined problem, followed by a suggestion that we should ‘do something’, while offering no hint of what this something might be.

They are symptomatic of a disease that afflicts most of the media, most of the time: a phobia about confronting power. Though the BBC has subsequently made some better films, it still tends to direct us away from the massive commercial assaults on our life support systems, and towards the issues I call micro-consumerist bollocks(MCB), such as plastic straws and cotton buds.

I see MCB as a displacement activity: a safe substitute for confronting economic power. Far from saving the planet, it distracts us from systemic problems and undermines effective action.

The central premise of neoliberalism is that the locus of decision-making can be shifted from democratic government to the individual, working through ‘the market’. Rather than using politics to change the world for the better, we can do it through our purchases.

If neoliberals even half-believed this nonsense, you’d expect them to ensure we are as knowledgeable as possible, so that we can exercise effective decision-making in their great consumer democracy. Instead, the media keeps us in a state of almost total ignorance about the impacts of our consumption.

But one of our bubbles of ignorance has just been burst. On a small budget, with the first film they’ve ever made, Ali Tabrizi and Lucy Tabrizi have achieved what media giants have repeatedly failed to do: directly confronted power. Their film Seaspiracy has become a number 1 on Netflix in several nations, including the UK. (Disclosure: I’m a contributor).

At last people have started to wake up to the astonishing fact that when you drag vast nets over the sea bed, or set lines of hooks 45 kilometres long, or relentlessly pursue declining species, you might just, well, you know, have some effect on ocean life.

The film gets some things wrong. It cites an outdated paper about the likely date of the global collapse of fisheries. Two of its figures about bycatch are incorrect. It confuses carbon stored by lifeforms with carbon stored in seawater.

But the thrust of the film is correct: industrial fishing, an issue woefully neglected by the media and conservation groups, is driving many wildlife populations and ecosystems around the world towards collapse.

Vast fishing ships from powerful nations deprive local people of their subsistence. Many ‘marine reserves’ are a total farce, as industrial fishing is still allowed inside them. In the EU, the intensity of trawling in so-called protected areas is greater than in unprotected places. ‘Sustainable seafood’ is often nothing of the kind.

Commercial fishing is the greatest cause of the death and decline of marine animals. It can also be extremely cruel to humans: slavery and other gross exploitations of labour are rampant.

Only 6.2 per cent of the world’s marine fish populations, according to the latest assessment by the UN Food and Agriculture Organisation, are neither ‘fully fished’ nor ‘overfished’, and they continue to decline. ‘Fully fished’ means that fish are being caught at their ‘maximum sustainable yield’: the most that can be taken without crashing the stock.

This is a central aim of fisheries management. But from the ecologist’s perspective, it often means grossly over-exploited. As the work of Professor Callum Roberts shows, populations of fish and other marine animals were massively greater before industrial fishing began, and the state of the seabed, in many areas, entirely different. Even ‘well-managed’ fishing at maximum yields prevents the restoration of rich and abundant ecosystems.

I agree, however, that details also matter, and while all films – like all journalism and all science – make mistakes, we should be sticklers for the facts. So why did the fisheries scientists who are screaming about the errors in Seaspiracy not complain about the far greater misrepresentations and omissions in Blue Planet II and the BBC’s follow-up series, Blue Planet Live?

Blue Planet Live took distraction and deflection to a whole new level. Though it focused largely on plastics, it failed to mention the plastics industry. It was as if plastic, climate breakdown and fishing pressure all materialised out of thin air. As it swerved round powerful interests, most of the solutions it proposed were tiny technological sticking plasters: rescuing orphaned seals, seeding coral, removing hooks from the mouths of sharks.

Some of its claims were not just wrong but hilarious. For example, it stated that we can “rid our oceans of plastics” through beach cleans.

So why the silence? Perhaps because some fisheries scientists, as the great biologist Ramsom Myers pointed out, have come to identify with the industry on which their livelihoods depend. While they seem happy for outrageous distortions that favour industrial fishing to pass, they go berserk about much smaller mistakes that disfavour it.

To me, the problem is symbolised by two words I keep stumbling across in scientific and official papers: ‘underfished’ and ‘underexploited’. These are the terms fisheries scientists use for populations that are not ‘fully fished’.

The words people use expose the way they think, and what powerful, illuminating, horrible words these are. They seem to belong to another era, when we believed in the doctrine of dominion: humans have a sacred duty to conquer and exploit the Earth.

I suspect some people are so angry because it’s not just malpractice Seaspiracy exposes, but an entire worldview.

It’s time to see the oceans in a new light: to treat fish not as seafood but as wildlife; to see their societies not as stocks but as populations; and marine food webs not as fisheries but as ecosystems.

It’s time we saw their existence as a wonder of nature, rather than an opportunity for exploitation. It’s time to redefine our relationship with the blue planet.

This article is published with the permission of George Monbiot. Sea Change was first published in The Guardian on 7thApril 2021.

George Monbiot is a well-respected UK investigative journalist writing on environmental political issues, an author and a columnist for The Guardian. The New Bush Telegraph is proud to have George’s blessings to republish his words. www.monbiot.com

Making such knowledgeable world views more accessible locally is part of our role as independent publishers. This fishing story is one that affects all of us living on the South Coast of NSW, and on all coasts of Australia.

Local groups are fighting right now to protect marine sanctuaries in Batemans Bay and Jervis Bay. Trawlers operate along our coast and longline fishing, regulated too late for the albatross and petrel populations it near wiped out, is still a destructive method of mass catch.

Fish are the wildlife of the oceans that once sustained coastal communities in a sustainable way. Now we have destructive and under-regulated industries that do untold damage to the seabed floor and to the ecosystems that exist all around.

Seaspiracy is a documentary film worth seeing, it is available to watch on Netflix, you can sign up for a free 30 day trial, although remember to cancel if you do. Watch the short film Sanctuary about the fight to save marine sanctuaries on the New South Wales South Coast.

With both the fishing industry and fish farming unsafe and unsustainable, will you stop eating fish?