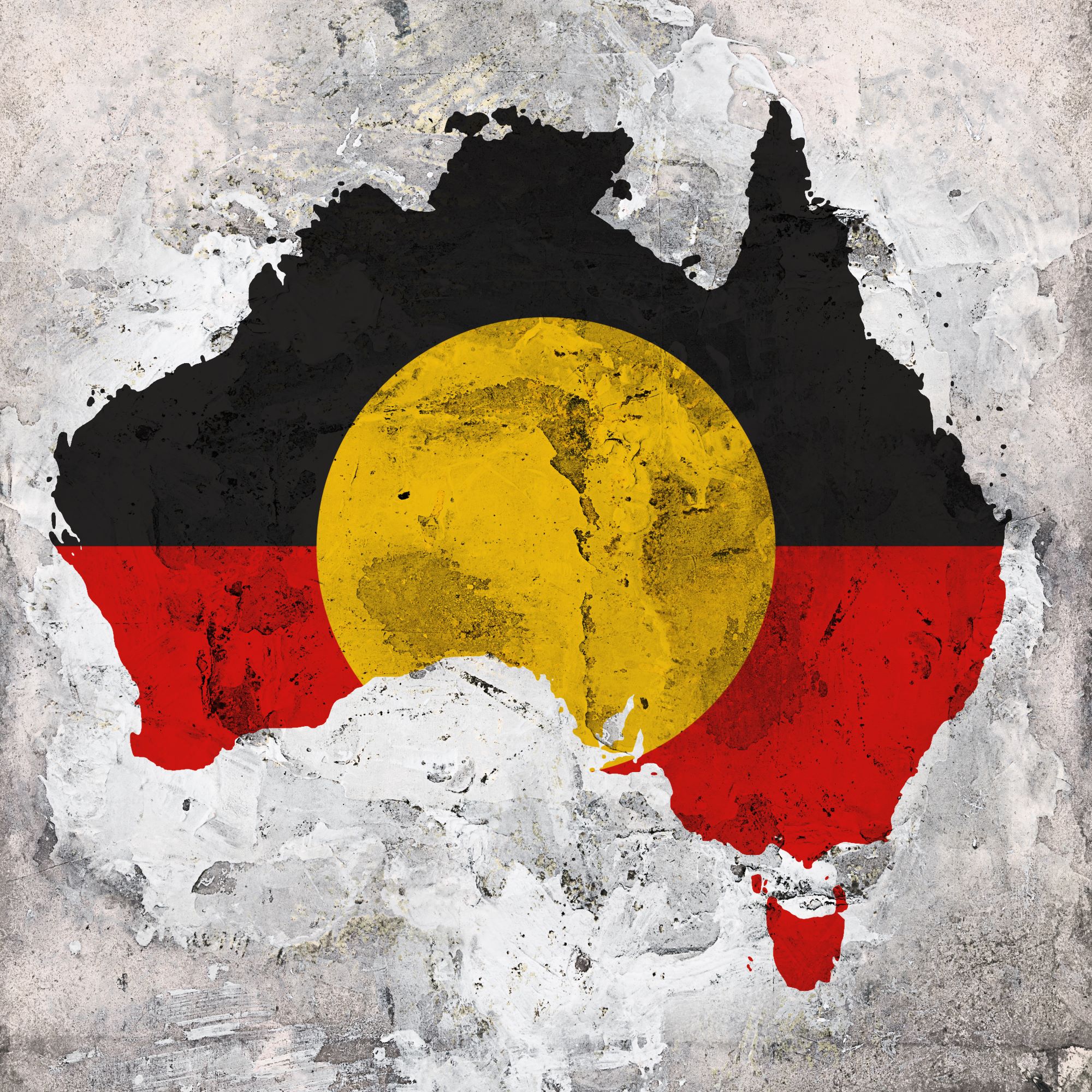 Take a stand Australia – not just another public holiday; 26 January is a national day of shame and mourning

By Bonnie Cassen and Ingrid Leusch

Today marks the January 26th public holiday, a day of misguided propaganda sold as patriotic national strengthening. Two hundred and thirty-three years of death, repression, dispossession, and environmental destruction stripped away First Nations Peoples’ culture, connection and sacred heritage. Hardly a day of celebration but rather a national day of shame and mourning.

In 2021, it’s time for change. Let that sink in. Now is the time for change. If we learnt nothing else from the Black Summer fires and Covid-19, it’s that change is possible. And fast change too.

Perhaps Scotty from Marketing can learn a thing or two this year as well – it’s about time after all.

To hear Scott Morrison’s inappropriate comments in the media last week was agonising, sounding more PR marketing than PM material, he criticised Cricket Australia’s initiative to drop the AD tag in promotions for the 26th January test. After saying that CA should forget politics and stick to cricket, he went on to say that AD is about democracy.

Sport, the arts and music have traditionally been key democratic drivers of social and political change. Interestingly this isn’t the first attack on freedoms of speech and democracy from Morrison and his government. In the past two-and-a-bit years since becoming PM, there have been continual attacks made, legislation passed, and limits placed on our democratic rights. Under Morrison, Dutton and his cronies have free range.

Kudos go to Cricket Australia for inclusivity on 26 January, announcing they would drop references to Australia Day in promotional material for Big Bash League games acknowledging the day is a day of mourning for some. Instead, CA will refer to the day as 26 January, a relatively moderate stance.

Scomo disagreeing with the decision said 26 January is all about acknowledging how far we have come “since that day”, particularly “how far we’ve come together since that day”.

In case you missed it, what unfolded next was a little bizarre. Unfortunately chosen words or deliberate arrogance – we will never know – “you can’t just airbrush things you’ve done in the past”. Was this reference to the longstanding AD cricket series held annually on 26 January, or ‘invasion history’ – because airbrushing is precisely what successive governments have done.

Morrison goes on to say Australia is “upfront and honest” about its history (wrong), claims credit for the national apology that his party refused to make, and worst of all, that as a country, we don’t let our past get in the way of our future (wrong again). Oh, but he did cede that 26 January “wasn’t a flash day for those on first fleet vessels either,” – perhaps a reminder that invasion and war serves no one.

Former AFL player and ABC commentator, Tony Armstrong told ABC yesterday he is “buoyed” by Cricket Australia’s decision to remove Australia Day references from BBL promotions — despite the PM’s objections. He said it was important for sport to lead the way in advocacy.

“The last people to read the room are usually the politicians. I’m so buoyed by the fact that Cricket Australia is standing strong and taking a lead despite the comments from our Prime Minister.” Tony Armstrong

When the First Fleet arrived on 26 January 1788 at Sydney Cove, – a convoy of 11 convict ships (not 12 as our PM ignorantly, or nervously said on Thursday) – more than 500 Indigenous groups and up to one million people lived across the vast land.

Violent, forceful colonisation displaced Indigenous communities from their ancestral homelands. From a thriving population, by 1900, the Indigenous owners was just ten per cent of their former self, less than 70,000 by 1940. Land and other resources were stolen, and a cultural genocide was near complete.

Since Cook first set foot at Botany Bay in 1770, we know of at least 270 massacres of First Nation People. Many thousands were massacred in numerous frontier wars over many decades. These stories have been repressed, and sacred sites and areas of cultural significance destroyed without regard for its heritage and spiritual value.

One massacre site recently identified alongside the Minnamurra River is condemned to destruction beneath a sand mining operation - approval granted to Boral by the Independent Planning Commission, despite the cultural significance of the area and the presence of ecologically endangered communities.

For First Australians, a national celebration on 26 January is inappropriate because the history that underpins it is simply too painful. Morrison fails to mention how much work there is still to do; together.

We need to tell the truth about Australia’s brutal past; violence and injustice have not finished. There is a lot more work to do in unravelling and repairing Australia’s dark history.

Both Captain Cook, in 1770, and Governor Phillip, in 1788, fabricated the now proven misunderstanding, or perhaps calculated perjury, when reporting the land as a wasteland and to be unoccupied, consequently starting the lie of terra nullius, that has never been rectified. Any historical perception that Australia was peacefully settled must be overwritten by truth.

How can 26 January be an inclusive national celebration and simultaneously, a day of grieve and mourning for First Nation People? If it truly is a day for all Australians to celebrate then this date is not appropriate.

Today, social media is saturated by statuses calling 26 January a day of mourning and reminding that Sovereignty Never Ceded. Aboriginal people never gave up their right to the ownership of this land, the sea, or the air; there was never a treaty, no contracts, not a single negotiation. First Nation People have never been formally and legally acknowledged as the Sovereign Owners of Australia.

Seven in ten Australians say AD is important to them and don’t want the date changed, but many can’t name the event it commemorates. People stated all sorts of reasons for AD – that it marked the landing of Captain Cook, the date Australia stopped being a British Colony.

In reality, Australians simply love public holidays; we love a good party and a celebration. And AD has always been the very best of celebrations – a fun day to look forward to - the summer highlight.  AD has come to mean sunny days, outdoor picnics, BBQ’s, cranked up beats, drinking, flag-waving, and of course, prestigious honour awards. A ‘collective amnesia’ takes over while the nation mindlessly celebrates a violent occupation.

Racism is still ripe in Australia, demonstrated by the skew towards more older people wanting the date to remain, and more younger people seeing its inappropriateness. The patriotic frenzy generates spikes in racism around this last week in January, not helped by the passion on both sides of the date debate.

Advocating and protesting around the date is not new. In 1938, the 150th anniversary of the invasion, Aboriginal leaders from NSW called for a Day of Mourning and protested ongoing mistreatment by white Australia. In 1988, the bicentenary of colonisation, 40,000 protested in Sydney against Invasion Day and the lack of rights for Aboriginal people. It has been a fight ever since.

Unbelievable as it seems, it wasn’t until 1995 that the Aboriginal flag was officially recognised. It then took another 20 years for the Australian and the Aboriginal flags to be flown together on Sydney Harbour Bridge for the AD celebrations on 26 January 2013. Progress has been slow, often non-existent.

Aboriginal people still face considerable disadvantage compared to the rest of the population. There is a lot to fix – incarceration rates, especially youth, deaths in custody, inadequate medical and mental health services in communities, the NT intervention, affordable housing, lower life expectancy, and insufficient education services. How is this fair and right; how is this just?

Kevin Rudd - saying sorry is nice, but that’s all, nice. It is necessary, and a start, but without action, they are just some nice words. It’s big action that’s needed now, and big change.

Change comes from mutual respect, from truth-telling and working towards Treaty; a Day of Mourning to begin healing, stop the fight, end the repression, and accept, honour, trust, listen.

Lidia Thorpe, a Djabwurrung Gunnai Gunditjmara woman and Australian Greens Senator for Victoria, is a key campaigner for Treaty and sovereignty. Ms Thorpe earlier this month called on councils, communities and organisations to fly the Aboriginal flag at half-mast on Invasion Day. “Too many Australians still think 26 January is a day of celebration,” she said, “but for Aboriginal people across the country, it’s a Day of Mourning.”

“We can’t do this alone,” Ms Thorpe said, urging all Australians to join in this journey of truth telling. “Ahead of this year’s Invasion Day, we’re asking you to turn up for us. To stand with us – to turn this day of mourning into a day of healing so we can move forward together as a nation.”

Australian history cannot be changed but every single person who lives on this great vast land today can stand beside, or perhaps slightly behind our Aboriginal sisters and brothers, our Aunties and Uncles, adding our strength to theirs. By acknowledging the past wrongs, we can make the future right, standing together for Treaty, or more correctly Treaties, in whatever form these ultimately take. A dual sovereignty that represents an equitable, fair and just future for all.

That’s the future we want to see. Always Was Always Will Be.

One comment on “Take a stand Australia – not just another public holiday; 26 January is a national day of shame and mourning”