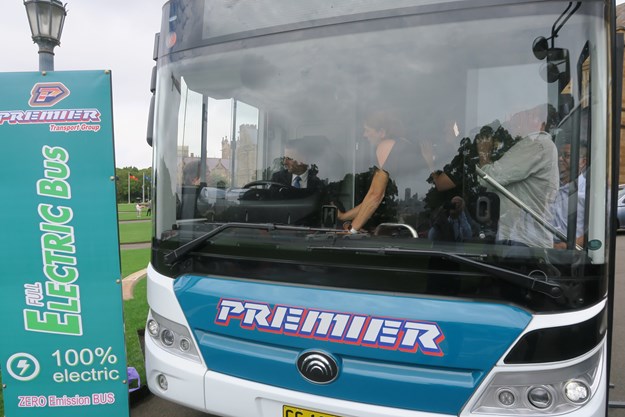 Public transport (or the lack of it) is emerging as a hot topic for the forthcoming NSW State Election with calls by Shoalhaven Mayor, Amanda Findley for a trial Princes Highway bus service linking Bomaderry rail and Burrill Lake. “A regular commuter service operating along the highway  would provide the opportunity of linking many of our isolated coastal villages. It would offer better employment opportunities for our youth as well as provide basic transport services to our community,” said the Mayor.

The proposed service would provide five weekday and four weekend/public holiday each way trips. The proposal is estimated to cost $837,000 excl GST for a 12 month trial. The costings include the purchase of two new wheelchair accessible midi-buses. According to Mr John King, director of Premier Coaches & president of Bus & Coach Association NSW, such a proposal could be practical and the scheme is worthy of a trial.

A spokesperson for the Shoalhaven Transport Forum, Ruth Sykes, commenting on the proposal said: “If the Berejiklian government can spend $2.5 billion on upgrades to the Princes Highway, then they ought to be able to find $837,000 to conduct this trial for public transport users.”
Labor candidate Annette Aldrick fully supports the proposal. She says she hears, “constant complaints on the lack of public transport with it being close to impossible on weekends”. The Greens candidate for the South Coast, Kim Stephenson, says: “A regular highway service opens so many possibilities to integrate existing services including Community Transport. It would be good for employment and tourism plus the obvious benefit of having less cars on the road.” Several approaches to Shelley Hancock’s office for comment have been unsuccessful.

Transport Minister & Member for Bega, Andrew Constance has recently introduced a trial ‘On Demand Service’ for the northern end of his electorate as well as the southern end of the South Coast electorate of local member, Shelley Hancock. The problem with the On Demand Service is it is operated by Rixon’s buses, which is Eurobodalla based and only offers services between Milton/Ulladulla, Batemans Bay, Narooma and over to Canberra.

The On Demand Service is not available further north than Milton. Whilst they pick you up from home, the service comes at a cost which is not suited to those seeking affordable public transport.