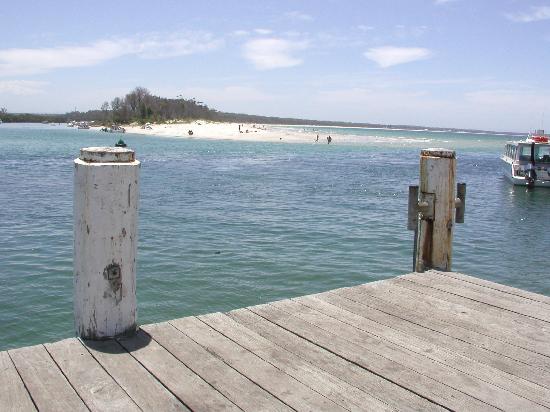 It's Time to Forget Huskisson

Most Husky residents will know their town is named after William Huskisson, Colonial Secretary in the British government led by the Duke of Wellington. But the time has surely arrived to give this historical connection the boot.

There’s already a movement to re-badge Australian places with ties to the colonial past: so, for instance, Brisbane is often referred to these days as Meanjin. But there’s an extra, specific reason why people of the South Coast should want to disavow this portion of our heritage.

Huskisson stands unmasked by recent historical research as a prime mover in the campaign to delay and frustrate the abolition of slavery.

The taking of slaves had already been outlawed. So at least the people of west Africa were no longer being snatched away from their homes at gunpoint, by British slave ships.

But there was a fierce rearguard action by the ‘West Indies Interest’, owners of lucrative plantations and their allies back in Britain, to keep hold of their unpaid labour force for as long as possible.

As a senior cabinet member, Huskisson posed as a neutral in this debate. But, in 1823, he showed his hand in a letter to John Gladstone, a politician and slave owner whose son, William, would later become Prime Minister in the Liberal cause.

This confirmed the government was conniving to keep emancipation off the parliamentary agenda. And Huskisson coined what went on to become a key argument by ‘the Interest’: that slaves were just not ready for freedom. Not until they showed “moral and religious improvement... by imperceptibly creating better domestic habits and feelings”.

The letter leaked to the press, as they often do in politics. It made him a hero – to the slavers. Huskisson was described in a colonial newspaper, the Dominica Chronicle, as “the most important and useful member of the British legislature”.

This aspect of Huskisson’s career does not appear in previous published research about him. The details are revealed by the Oxford historian, Michael Taylor, who went back to the original sources from two centuries ago for his book titled The Interest: How the British Establishment Resisted the Abolition of Slavery.

Even when the abolitionists, led by William Wilberforce, eventually won, the British government compensated slave owners for the loss of their ‘property’ to the tune of £340bn (about $600bn) in today’s money, by Taylor’s reckoning. Slaves themselves, of course, got nothing.

Huskisson is also the butt of a famous literary joke, in one of the great Victorian novels, Middlemarch by George Eliot. Set in the 1820s, its main character, Dorothea, is the niece of a vain-but-dim landowner, Arthur Brooke, who makes an ill-fated entry into politics as a reformer – to widespread derision, since he is notoriously mean to his tenants. (Robert Hardy played him in the iconic BBC adaptation before later appearing as Minister of Magic in Harry Potter).

Anyway, one of Brooke’s many detractors declares, “I take my stand with Huskisson”: as a Tory, and prominent opponent of reform. Only we know what they do not, since Middlemarch is a historical novel. In 1830, Husky’s namesake met his doom at the opening of the Liverpool to Manchester Railway. He was knocked down and killed by the locomotive, Stephenson’s Rocket – metaphorically swept away by progress. And, two years later, the Great Reform Act was duly passed.

Which brings us back to the present day. Australia is enjoying a progressive moment. With the return of Fiona Phillips at the federal election, Gilmore is confirmed as a Labor seat, albeit by a wafer-thin margin. And Shoalhaven City Council has its first-ever progressive majority.

Even before being sworn in as Prime Minister, Anthony Albanese began his victory speech by promising action on the Uluru Statement from the Heart. That comes with its own reform agenda, the Aboriginal Voice to Parliament. But it also calls for a Makarrata Commission to supervise a process of agreement, or treaty-making, and “truth-telling about our history”.

So we are going to hear, in coming years, a lot more about colonisation and the cost to Aboriginal people. It’s going to be a time of opportunity, to move on together from the painful bits of our history and tell a new story about Australia: one we can all share. That is, after all, the essence of progress.

What an ideal moment to break the old bonds with a political figure who stood out – even by the standards of his own time – as an apologist for heedless privilege and an enemy of freedom.

What to call it instead? Members of our First Nations should have a prominent role in deciding on a new name. I know what I’d choose. Huskisson is gorgeously placed at the centre of our bay of plenty. The local Aboriginal word for that is one we already know well: Booderee. Sounds like a good place to get brekkie before spending the morning on the beach.

Jake Lynch is Associate Professor of Peace and Conflict Studies at the University of Sydney.

4 comments on “It's Time to Forget Huskisson”