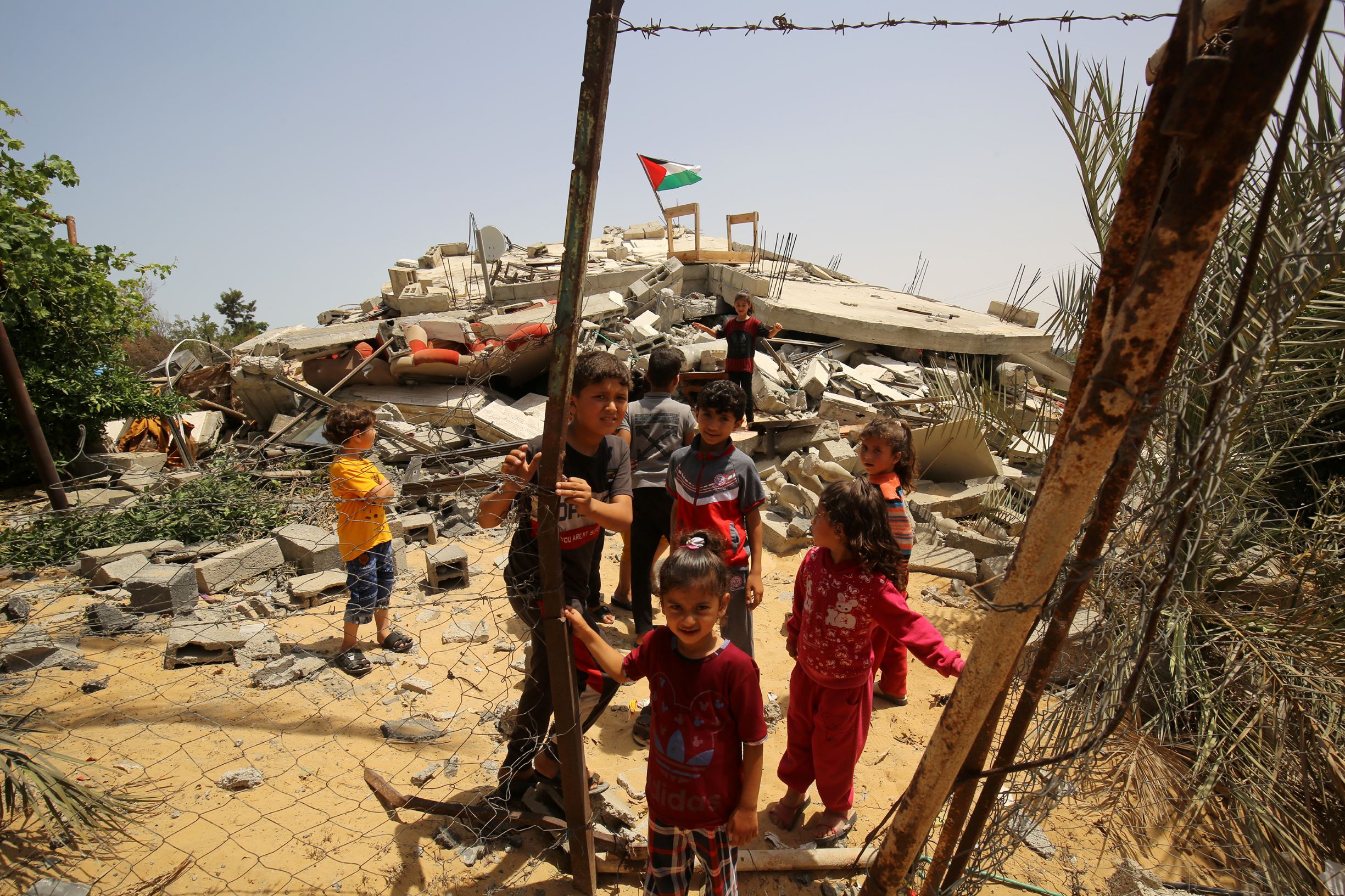 Towards Peace for Gaza by Ending Deceit

Following the ceasefire after the latest Gaza carnage, media commentary included claims that life in that besieged, bombarded strip could return to normal. This insulting observation is one more verbal absurdity in cowardly refusals to speak truths about the colonisation of Palestinians and cruelty towards them.

Returning to normal is couched in assumptions that in this latest Gaza cruelty, Israeli forces showed restraint and tried to avoid targeting civilians. Speak of restraint to the families of hundreds killed including over fifty small children. Since when did slaughter and destruction become restraint?

If reality replaced false claims, if the international community, including the EU, the US and Australia, ceased to collude in false stories about the rights of Israelis and the deserved plight of Palestinians, a just peace could prevail.

False claims started with the 1917 British government’s Balfour Declaration which promised a homeland for Jewish peoples but not at the expense of Indigenous Palestinians. That set the standard for a deceit which became policy and has frightened politicians to speak otherwise.

Israel’s right to defend itself is the next lazy cliché which precludes any thought as to what defend actually means. Responding to Hamas rockets is the stereotype explanation.

Then there’s the automaton-like repeat about returning to negotiations and the peace process, a giant con job in which the Americans pretended to be the honest broker but are one sided, their constant rearmament of Israeli forces exposes them as the fake peace makers they are. Stop being deceived.

Palestinian leaders took part in the fakery. WikiLeaks cables revealed that in so called peace negotiations, the Israeli representatives did not take them seriously and the Palestinians were poorly represented. The Oslo Peace Accord produced a diet of masochism for the Palestinians. In an alliance against their own people, the Palestinian Authority agreed to cooperate with Israeli forces in order to achieve security. Anyone might worship ‘security’, but stop being deceived.

The lying Netanyahu defies credibility, but as long as Hamas is depicted as wanting to destroy Israel, he can be regarded as the best of two evils. To consider the stereotype picture of the Gazan government, let’s try to demystify Hamas, though one freedom of speech tradition in the west warns, “don’t comment on that, it’s too dangerous”.

As soon as the well conducted 2006 election resulted in the election of Hamas, the siege of Gaza began. Since then, there’s little evidence of any regular and vigorous dialogue with Hamas. Even a semblance of justice cannot be achieved without dialogue.

As soon as the US labelled Hamas terrorist, it became criminal to have a conversation with them. As someone who has met Hamas leaders to discuss the desirability of unified Fattah/Hamas government, I witnessed their spokespersons demanding an end to Israeli dominance and to the siege. Their comments sounded like ambit claims, not unusual in the first stage of meetings.

Then there’s the media’s deceptive but lazy use of the word militant. Militant Hamas, militant Palestinians, militant families whose loved ones have been killed or injured, even militant refugees imprisoned for life in wretched camps. This adjective polarises into good versus bad, Israel besieged by militants where the victims of murder and destruction become the perpetrators. No room for honest, courageous commentary from the media because ‘militant’ serves deception as easily as ‘security’ and ‘terrorist’.

A final nail in the coffins of deceptions is that peace in the Israel / Palestinian conflict is complex, far too difficult to achieve. One state, two states, a Middle East federation, the rights of Israel achieved by entire elimination of the Palestinian people, just postpone the issues, put them in the too hard basket. It is all too difficult.

Assumptions about complexity and difficulty ignore the possibility that a solution should be easy. There is a phenomenon called international law which demands Israel return to agreed 1967 borders to give Palestinians as much as 22% of historic Palestine. Recognition of international law depends on ending the deception and false claims dictated by the US and Israel, albeit with the collusion of the EU, the Palestinian Authority and a supine media.

Media collusion in deceitful stories is also maintained by saying nothing. On Saturday last, massive demonstrations occurred in Australian cities to protest the destruction of Gaza and to demand basic human rights for Palestinians. On Saturday evening’s television news, the ABC, SBS and commercial stations ignored these events. Too frightened to show public anger. Happy to comply with years of concealment and deceit.

Adherence to the edicts of international law could be achieved by an alliance of countries which say they believe in justice and in pressures exercised by open, non-violent pressure, not by behind-the-scenes diplomatic game playing to achieve nothing. Such an alliance would say, no more arms exports to Israel, let’s have vigorous dialogue with Hamas, end the siege of Gaza and the brutal military occupation of the West Bank.

An alliance of influential countries could achieve that, could give security for Israeli citizens and at last human rights and freedoms for all Palestinians. If deception and false claims are replaced by speaking truth to power, an end to conflicts is around the corner and need not be considered complex.

Only if deceit and false claims are abandoned might the people of Gaza stand a chance of slowly returning to normal.