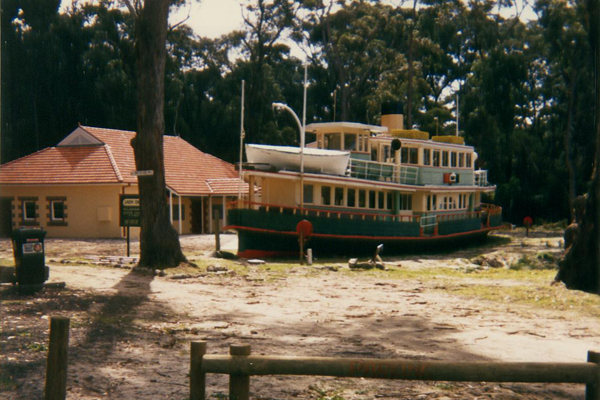 In December 2018, the Jervis Bay Maritime Museum is celebrating the 30th Anniversary of its opening in December 1988. During December and all through January, the museum will be holding a range of functions and events to celebrate the rich history of the area and important role the museum plays in the cultural life of the Jervis Bay area.

The Museum officially opened in 1988 and is situated on four hectares of reserve along the Currumbene Creek, donated by the Shoalhaven Council. The Museum’s original purpose was to house the Lady Denman ferry, which was built in 1911 in Huskisson and worked on Sydney harbour until 1979. The Museum was also built to house a collection of maritime and surveying instruments and objects, collected by local landowner Warren Halloran. This unique, world-renown collection is now preserved in the Museum’s Science and the Sea Gallery and is maintained by the Museum’s curatorial and preservation staff.

Over the years, native gardens, a pond and other buildings were added to house a growing collection of local history exhibits and to meet the community’s need for exhibition areas. The museum now has several gallery spaces, including the Vera Hatton and the Kingfisher galleries, which showcase the work of local artists and craftspeople, as well as hosting travelling exhibitions. The

A not-for-profit community organisation run largely by a dedicated group of volunteers, the Museum is a significant cultural centre for the Jervis Bay and Shoalhaven areas. As our 30th anniversary approaches volunteers and staff are busy preparing the festivities. Watch out for key event announcements in the future. If you would like to be involved, please feel free to contact the museum.

We look forward to celebrating with you.