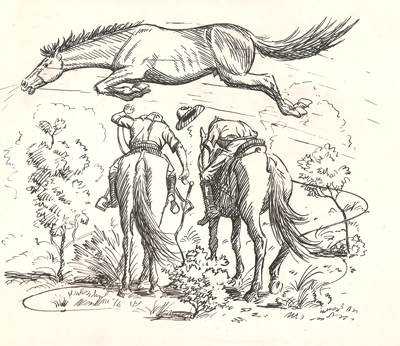 A form guide for the coming election

Gash has done most of her dash in the federal political scene. As a former party whip, she has been popularly dubbed by her critics as 'Madame Lash' on account of her vitriolic tongue and bullying style. Instead of retiring quietly she has as Mayor of Shoalhaven run a poor race. Under the scrutiny of local residents Gash rolls out the old ‘poor me’ routine on a regular basis; a bit tired and long in the tooth, perhaps it is time she should hand over the reins to another jockey.

The old prince of darkness is backing up for his umpteenth round of Mayoral duties; the old joke goes that after 40 plus years in local government Old Greg doesn’t know what else to do. Watson's claim to fame is that of having one of the most cashed up election campaigns ever run on developer donations. In 2004 – he spent 50% more than the City of Sydney Mayor and romped home to victory proving that money does buy you a spot in politics.

Findley is the youngest of the Mayoral candidates and if fitness was what wins the race then she would be ahead by a country mile. Findley has bashed through 8 years on Council and no matter what you think of her politics the girl has ticker. Findley has brought to light much about “the toxic environment of Shoalhaven City Council” and the alleged caucusing that occurs. Findley’s biggest problem is that as a working mum she hasn’t had time to schmooze the voters. If apathy doesn't win the race she might just get over the line.

Cheyne is a pocket rocket and of all the candidates in this election would have to be the most energetic. Cheyne apparently runs on a daily basis so winning this race shouldn’t be a problem. With no political baggage Cheyne’s debut will be an interesting one to watch. Cheyne is a Parkinson’s nurse by day and you know what they say about nurses; yep, she is one tough cookie who will not be swayed by political nonsense.

Wells is right hand man to Madame Mayor and if he actually opened his mouth to speak you might understand his mumblings. Wells used to be a highly paid member of Council staff and claims he is a hard worker, but it remains to be seen if turning up to the odd opening on behalf of the boss will keep him in the saddle when the going gets tough.

Guile is a dark horse insider and out. Renowned for his riding rough shod over his opponents we feel for whoever will be his next victim on Council. His first 4 years were spent targeting Findley and the last 4 have seen Gash squirming in the saddle on many occasions when Council dissolves into a shouting match between the two. If he could park his toxic tendencies this stallion might have a whole lot more to offer. What has many punters scratching their heads though is why Guile is pairing with Watson for this election race – a strange double mount, if ever there was one.

Aldrick has entered the race on the back of Country Labor. Aldrick has been a player in the recent Build a Better Future campaign whose aim was to unseat the member for Gilmore. A member of the Nurses Union it seems that Aldrick has the riding skills needed for this Council ride. With Country Labor now actually sticking a brand on their local politics it will be interesting to watch if they use their whip on the backs of their old enemies with better outcomes for the community.

Barry Mac is under-strapper to Gash in ward 2 and if she is elected Mayor, he becomes the number one candidate. Mac is renowned for his talk back radio days where he just wished he was as cutting as Allan Jones. Mac retired from radio and has crawled out of retirement for the Council show; his conservative views will most likely see him line up every time to support Gash’s position. So is he  just another old stooge with no opinion of his own or would he make a real community rep – time will tell.

Pakes is second on the Watson ticket so if Watson is elected Pakes becomes the number one candidate. Pakes hails from sunny Culburra and is a professional fire fighter, so will he be any good at putting out the spot fires at Council that flare up on a multitude of issues? We don’t think his firefighting skills will be any good as he has already had a run in with Gash in a café. Pakes is a Gash defector so there must be some bad blood simmering already.

Levett would have to  be the poster boy for Aussie Grandpa’s. Levett can often be spotted in his Akubra around the place, but don’t be fooled by that outer nice guy appearance; he is one hard core jockey in a political sense. Levett has run for Council before and narrowly missed out on being elected, he has thrown his substantial hat into the ring with The Greens as he believes they are the most concerned with real community consultation.

Willoughby and his psudo political party ‘for a better Shoalhaven” is a member of the Liberal party, so one has to wonder why he hasn’t thrown his blue colours into the Gash machine. Is it another case of bad blood?  Does he may be have an axe to grind? Willoughby has been seen out and about at Council meetings getting his face known by voters at community consultative bodies and generally gearing up for race day.

Boyd is a “retired public servant” with “considerable skill” – well we hope it is in wrangling unruly Councillors. Boyd comes across as a doting grandmother but we have it on good word that she is a scrapper from way back who is interested in social justice. Just how that will play out in the chamber remains to be seen- this jockey could be a quiet achiever.

With a masters in health science Gartner is another one to watch as a quiet achiever. Gartner wants to be part of a ‘forward thinking, innovative, Greens team’. Does that mean the others are all backward thinkers? Gartner will certainly bring a healthy approach to the chamber and has come out swinging on the Milton Hospital loss of maternity services issue. Keep swinging lady we are looking forward to seeing you in full flight.

Kitchener smashed home at the last election winning his quota easily on his first foray into politics. Kitchener may be the quite man of the chamber but he has certainly been punching on in the local media with his frequent barbed letters to the editor dishing the dirt on Gash. We wonder if his endless amounts of street walking and talking will get him enough vote to pull through his running jock Bob Proudfoot. The quite man is so ambiguous it’s difficult to get a position out of him on what race he is in.

There is so much to write about White that we probably need a very dull page to even begin. White is so tethered to Team Gash we sometimes wonder if it is another case of a double mount! Sussex Inlet is now White’s spiritual home. Some say she moved because she had less likes than a facebook post. White must have a degree in speed reading as she takes great joy in telling everyone with the patience to listen, which interesting part of a council document she has read.

All the jockeys have well and truly joined the race – thank goodness the barrier has closed and we are just waiting for the starting gun on 29 August when the pre-poll opens. We wait with baited breath to see the votes come in on the Mayoral ballot and wonder if Findley can pull off a Bradbury. She is a long shot to be shore but for this writer she is one mare who deserves a run!