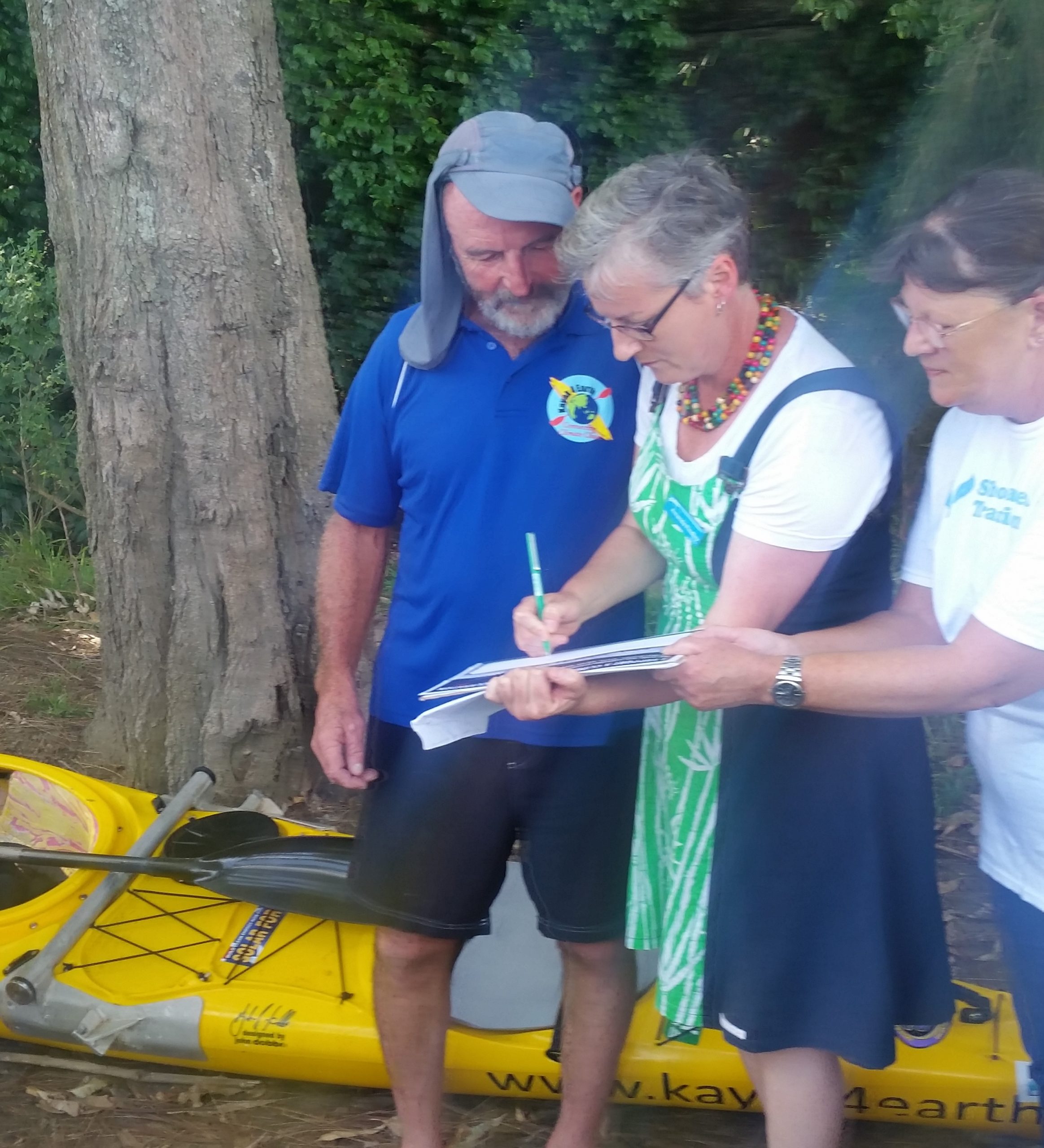 Steve Posselt is a man on a mission, a climate mission, and like any big quest, it’s noble and inspiring; and unfinished.

Some of you may have been lucky enough to see Steve Posselt when he kayaked into the Shoalhaven earlier this month, stopping firstly at Nowra’s Grey’s Beach on 4th February, before heading to Crookhaven Heads, Huskkison, Hyams Beach, and Ulladulla. For the rest of you, Steve Posselt is Kayaks 4 Earth, doing what he can to spread the word that we are in the midst of a serious climate emergency, and encouraging people to do what they can to spread the word and inspire others to take action.

To fully understand this kayak journey, we need to step back to 2015, when Steve kayaked through from Canberra, up to Sydney, through the US, the UK and over to Paris intending to attend the COP21 Paris Climate Summit. The ten-month trip ended without a conclusion when terrorist attacks left Paris in lockdown; not the best place to be for a climate campaigner and his yellow kayak.

So after a good rest and a lot of contemplation, Steve set off from his home in Ballina on New Year’s Day this year in his yellow kayak, heading back to where it all began in Canberra. Never one to give up, this time the Australian Parliament is in his sights. The aim, to have Parliament declare a climate emergency, and start meaningful actions that will make real change.

The problem is governments and media are not on side, and besides the fact that no one can predict what life beyond 3 degrees warming will be like, scientists know it doesn’t look good. Sociologists also know that limited resources lead to wars and unrest. It’s the simple facts.

Steve Posselt’s drive is his grandchildren, all five of them. He wants to be able to look them in the eye and say he did everything he could, because he wants them to have a future, a good future. One thing that has become clear on his journey down the east coast, is that in country, coastal areas where people can see the effects of climate change first hand, people are working hard to push change, to make a difference. In cities like Sydney, where people are more disconnected from the natural environment, they are more complacent, they can’t see change.

Climate change is scary. It is the first real war most of us have ever had to fight, but working together in a kayak odyssey, a win may just be possible. Steve is aiming to collect 100,000 signatures along his journey supporting his petition. Real people pledging real support and demanding real change.

Amanda Findley, mayor of Shoalhaven Council was at Nowra to meet Steve Posselt and sign the Climate Emergency Declaration. Thinking about what we can do to help Steve’s plight she said “What we can do is give the gift of conversation, and that’s what he has asked us to do today. By doing that we are continuing the work that he does, and continuing to push the cause for climate action forward.”

Steve Posselt is very passionate about making his life count after nearly dying in a motorcycle accident in 2006. “I’ve got to make my life count. I want to have a future for our grandchildren. That’s what we’re fighting for. That’s why I do what I do. We all need to do what we can. It’s just that I can paddle a fair way.”

After paddling 1150km along the coast from Ballina to Moruya, Steve will head inland dragging his kayak 180km over the range to Canberra. On 25th February, after some high level talks and discussions at Engineering House, he will lead a march to deliver his Climate Emergency Petition to Parliament House.

The declaration can be signed at http://www.climateemergencydeclaration.org/sign; and Steve welcomes you to join and support him in Canberra. ■