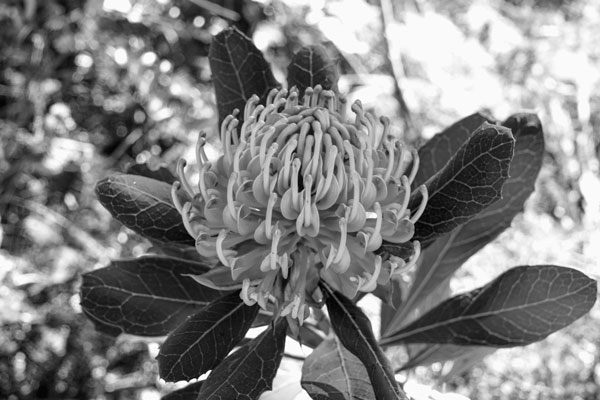 There is a madness that prevails in the politics of environment in NSW in these times.

It is almost impossible to think of a time, in the modern era at least, when there are so many anti-environment political strategies on so many fronts and from one political regime.

For those who care and are concerned with environment there can be nothing else to think other than this is a deliberate and planned strategy by the NSW Liberal-National Party coalition government to undermine the biodiversity, value and sustainability of the natural environment in this state.

The current elephant in the room that begs attention is the ruthless degrading of the National Parks and Wildlife Service [NPWS] in the 50th Anniversary year of the Service.

That degradation has now expanded to most levels of the NPWS.

NBT reported in the previous edition on the restructuring by this state government which has reduced the number of regions and thus Regional Directors from 14 to 8.  Additionally 15 Area managers will be lost as will 31 management areas across the state.

This will mean the closure of some regional offices. Smaller teams will be responsible for significantly larger areas. Fewer people spread more thinly over the same work and responsibilities.
Ranger positions, which have been reduced by 91 over the last seven years,  will be replaced with ‘entry level field officers’ who lack qualification, training or enforcement capability, at a much lower wage.

This is both devastating and highly demoralising for the current Service personnel.

So what is this desensitised government doing for the 50th Anniversary?  They are producing a coffee-table book, facilitating a couple of low key celebrations and have declared October 8 a birthday in bureaucracy emails!

Perhaps the government is hatching a plan to harvest saw logs from national parks in the near future.

To say this has been controversial in the ‘care and concerned’ circles is a gross understatement.

The coalition of conservation organizations involved in the consultation on the developing legislation walked out of negotiations with the government in complete frustration and disappointment.
Aspects of the legislation are regarded as deeply flawed within the conservation movement.

Just one example among many concerns is the historical context adopted in developing the legislation, which is grossly inadequate and fails almost totally, to recognize the accumulated impact of rural occupation since the 1830s.  This is a complete failure to recognize the reality and lessons of history.

The impact of the ABC’s Four Corners program on the Murray-Darling Basin and the Barwon River irrigation in particular set off a flash point of alarm though much of the content was not really news but rather the story finally told.

The state government reaction to the knowledge of the ‘theft’ of irrigation water on the Barwon River has included disbanding their water use compliance team, which was clearly far too successful in exposing the rort with incontrovertible evidence.  The Nationals B. Joyce describes it as only an allegation! If the Compliance Team is disbanded, their evidence buried and their call for an

Inquiry rejected of course it is an allegation – but it still holds water.

Four Corners [ABC] aired leaked recordings of a top NSW water bureaucrat, Gavin Hanlon, offering to share confidential information with irrigation lobbyists, including a possible plan to withdraw the state from the Murray Darling Basin plan altogether. [SMH July 26] This has led to him standing down as a state Inquiry is launched.

This is occurring purely because it has been exposed to the public, including many rural communities not at any advantage; otherwise it is business as usual, particularly for the National Party in the pubs of north-west NSW.

The reactions of others in the rural farming and grazing communities of these areas has been of shock and anger at the nature of the environmental selfishness, which is not in the community spirit of rural NSW.

The National Party Primary Industries Minister Niall Blair is pushing Cabinet colleagues to change irrigation laws to retrospectively justify a decision by his department to give a major political donor of $10,000 and cotton farmer, who featured in the Four Corners program, more rights over the precious Barwon-Darling River [Daily Telegraph Aug.2].  They know no bounds.

The wholesale illegal clearing of box woodland in the Moree district by large operators for grain growing was brought into sharp and nasty focus with the murder of Glen Turner, a compliance Officer with OEH. This has been vividly presented in Greg Miller’s searing documentary “Cultivating Murder”.

The murder trial is now regarded as but one step in exposing the full truth of this story and the application by Glen’s wife and his sister for a Coronial Inquiry has been granted.  There are still many questions to be answered.

There have been further six-figure fines for massive illegal clearing by ‘big operators’ in the very same area of Moree.

David Gallan’s landmark documentary, “Understorey”, provides the perfect historical and environmental context to the ongoing fight in the South-east Forests.

The conservation group, South East Forest Alliance (SEFA) is deeply concerned that Flora Reserves declared in 2016 should have been gazetted as national parks and dispute the State Government’s commitment to protecting newly-created Flora Reserves.

SEFA’S concern is that “The government has delivered flora reserves to keep open the option of logging” and Member for Bega, Andrew Constance confirmed that possibility in the future.

There is another resistance action on the north coast where forest and key native species, viz. the koala, are as threatened as they are in the Moree woodlands and South East Forests.

An ABC report indicated that conservationists believe that “a koala habitat 50 per cent larger than the Royal National Park has been destroyed by logging which they describe as ‘clearfelling’.  In 2016, then-environment minister Mark Speakman admitted “intensive harvesting” on the North Coast was “not consistent” with regulations.

Amazingly, the government’s own Environmental Protection Authority[ EPA] is reported [SMH Aug.7] as ‘slamming’ the draft bill to revamp regulations for native forestry in NSW as “overly complex” and inequitable, and that it failed to address “an inherent conflict of interest” in the oversight of state-owned Forestry Corp.

It certainly seems Minister Upton is under huge pressure from National Party colleagues and their lobbyists.

For good measure, consider that the continuing threat to Kosciusko alpine and sub-alpine ecology from feral horses remains an issue that the state government has failed to resolve and manage.

In all these situations the impact extends well beyond the loss of water or vegetation alone to a wholesale loss of habitat, wildlife and precious ecology, including a devastating loss of bird habitat well into the future.

These situations go to the heart of coalition politics of this state and the highly questionable ethos of the coalition and especially the coalition partner, the National Party.