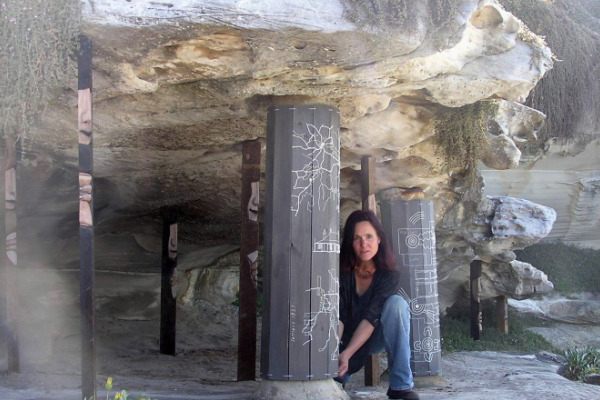 Art from the Heart, A Snapshot of an Artist

That is what I admire most about Britta Stenmann's artwork, it’s from the heart, it’s relevant, it has soul and purpose. Born in Germany, Britta has lived and worked in the Southern Highlands NSW for more than 20 years. She studied graphic design in Duesseldorf, completed a three year apprenticeship in woodcarving in Berchtesgaden (Bavaria) and a diploma in painting at the School of Fine Arts in Bremen. She has also completed postgraduate studies in printmaking and painting at the Academia San Carlos in Mexico City.

Britta has held eight sols and participated in numerous group exhibitions in Germany, Spain, Mexico, France, Poland, Belgium and Australia. She has taken part in Sculpture by the Sea at Bondi - Sydney in 2007 and won First Prize in the “Outside Sculpture Prize” competition at the BDAS in Bowral in 2013. Britta  just won the 2016 Wingecarrebee Landscape art prize  with her art works painted down the south coast.

For the last 15 years Britta has come to the south-coast to hold an art camp with a group of artist friends and their families. For a whole week, every January, the group of women artists paint and draw, inspired by the beautiful bush and ocean settings. Once back in her studio those sketches and drawings  often find their way into small serial paintings as well as into her larger works.  Britta’s woodcarvings are created from recycled hardwood, the details found in those sculptures are intricate and have their own integral narrative.

Britta addresses environmental, inequality and human rights issues in her works, themes that are current and heartfelt, giving her works a powerful message. The titles of  her work are a telltale of her purpose, of the intended message to the observer. See www.brittastenmanns.com  to view more of Britta’s work and for details on upcoming exhibitions. ■