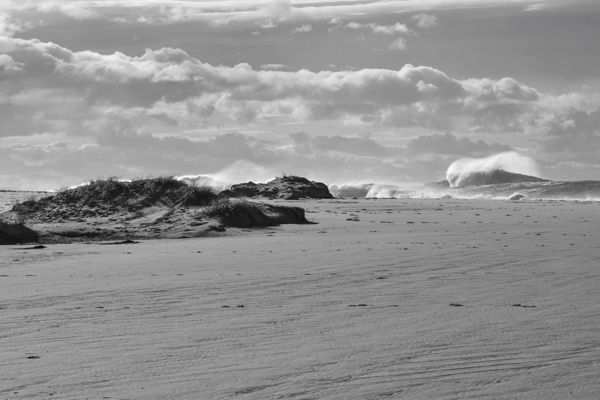 One of the considerations in the Global Warming scenario to 2100 is the prediction of increased number and intensity of severe weather episodes, which brings East Coast Lows [ECLs] immediately to attention for the Shoalhaven.

An “East Coast Low” or Extra Tropical Cyclone is essentially an intense low pressure system off the east coast of Australia, particularly NSW.  These systems have a strong clockwise circulation spiraling upwards at the cell centre and can be slow moving or near stationary, which heightens the impact of the system, especially compared to normal low pressure systems and cold fronts.

ECLs are a weather phenomenon that will continue though the incidence has decreased over recent decades [2016 Climate Council – Extreme Weather Events Report].  The future pattern of such events in a global warming scenario remains difficult to determine and some research suggests that ‘the frequency of East Coast Lows, particularly the major winter systems that cause large waves, may actually decrease over the coming century given current climate projections.’[The Conversation April 21 2015]

The impact of ECLs does go beyond the actual coastline to the entire coastal zone behind beach frontages.  Very many Shoalhaven residents will attest to this in areas such as Shoalhaven Heads, St Georges Basin, Sussex Inlet and Lake Conjola.

The Shoalhaven has had five ECL experiences over the last two years, two of which have cemented the experience in local memory.

The first was the August 2015 episode, which for example brought sustained high level rain and subsequent serious flooding to St Georges Basin and Sussex Inlet and beach and dune erosion.

This event alone negated much of the perceived need for the ill-conceived Shoalhaven-wide Dredging Project.

The June 2016 ECL was the other. “The effect of sea-level rise as a result of climate change, in combination with a king tide that caused the sea level to be well above its usual height, was evident when a strong east coast low struck the New South Wales coast in June 2016” [Climate Council-Extreme Weather Events Report 2016].  The insurance bill for the Sydney damage alone was $235 million plus.

This ECL was different in that it produced very large, northeast swell which produced extensive beach and dune erosion and caused the opening of many Shoalhaven coastal lagoons.

ECLs are an undeniable, immediate experience with impacts that are quite obvious, costly and even devastating.  ECLs are high impact events and the meteorology, emergency conditions, damage to public and private property are extensively covered in the media. This makes them a very tangible element of the global warming scenario.