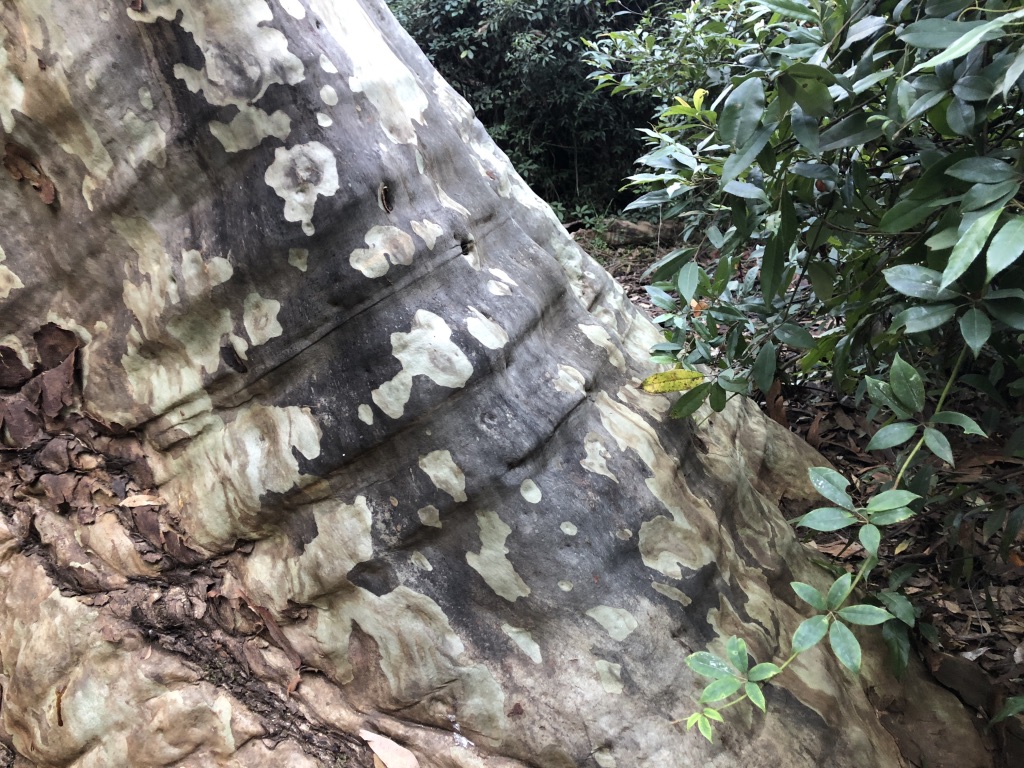 It's the trees – are we Caretakers or Undertakers?

We live in an intimate relationship with trees. We need to value that relationship and love those trees. David Attenborough has forever told us that, ‘We depend upon the natural world for every mouthful of food we eat and every lungful of air we breathe.’

And in Spell of the Sensuous, David Abram reminds us that humans evolved in close relationship with millions of other species; he also observes that our relationships are now mostly with other humans… and increasingly mediated by technology.

David Leser ( www.smh.com.au/environment/climate-change/call-of-the-wild-listen-up-people-time-is-running-out-20200424 ) explains that indigenous peoples understood the relationship: ‘…the earth was never mindless or impersonal, it was a sentient life force woven into everything. Humans lived on the land, but the land also lived and breathed inside us, and there was moral reciprocity to this relationship. The mountains talked, the rivers whispered, the land remembered, and this dialogue with the natural world was far more than a matter of physical survival. It was a source of emotional and spiritual sustenance, one that we – in our industrial, urban hunger – had failed to register.’

We forget. We unlearn. We forget and we unlearn that we are a part of not apart from nature. We forget to love and care for that connection. In Australia, we destroy biodiversity like it is a mark of macho strength; we treat other species as valueless; we pollute water as a right and we remove trees and whole forests as if they were our enemies. We forget and then unlearn to care for them as a part of the life support systems that keep all species – including humans – alive. All of this with government sanction.

The past twelve months or so have brought attention to the loss of trees in Australia. Not just through fires – nearly 19 million hectares lost in the hundreds of fires that burned through the 2019-2020 Spring and Summer – but also through the wanton destruction permitted by governments.

Leser tells us how trees ‘create soil, store and cycle water, trade nutrients, generate humidity, build weather systems, and conjure up the very miracle we call photosynthesis… [they] breed, feed and shelter all creatures great and small, even – as the Buddha once said – the axeman who comes to destroy them… they play host to hundreds of thousands of species of insects and millions of microbes and invertebrates, while also providing us with fats, sugars, waxes and wonder drugs, along with cradles, coffins, cabinets, balconies and homes.’

But they do much more than even this! Ronald Wright shows in A Short History of Progress that trees support civilization. And we ignore this at our peril. History piles example upon example of how human societies have destroyed themselves: ‘Human beings drove themselves out of Eden… and they have done it again and again by fouling their own nests.’

Wright examines the rise and demise of human civilisations, much in the same way as Jared Diamond did in Collapse. One of his main findings is that even the mightiest civilisations fell because of their impact on the environment. For example, practices of overgrazing by goats, deforestation, fire-setting, erosion, lime-burning for plaster and whitewash, and the salination of soils were at the core of the destruction of Sumer. In the 5,000 years since Sumerian records began, the twin rivers of the fertile crescent, the Tigris and Euphrates, have carried eroded soils into the Persian Gulf to the extent that Iraq’s city of Basra, which was once on the coast, is now over 100 kilometres inland!

Wright laments our inability to think into the future. ‘This human inability to foresee – or to watch out for – long-range consequences may be inherent to our kind, shaped by millions of years when we lived from hand to mouth by hunting and gathering. It may also be little more than a mix of inertia, greed and foolishness…’ He says this ‘parochialism of the present – the way our eyes follow the ball, not the game – is dangerous.’ Absorbed in the now, we lose sight of our course through time and our impacts on our very survival.

He documents the human record of self-destruction and sums up the major reasons for why civilisations collapse: ‘The lesson I read in the past is this: that the health of land and water – and of woods, which are the keepers of water – can be the only lasting basis for any civilisation’s survival and success.’

Now, more than ever before in history, we have the capacity to comprehend the long-term consequences of our decisions, yet we continue to ignore the evidence of science and history. Wright implores us to turn off this impulse to self-destruction and turn on survival thinking. We must flick the switch for long-term thinking and value the bigger picture, join the dots between actions and impacts, and do some serious planning to ensure the survival of healthy communities on a healthy planet. And we can do some serious planting!

But in the face of science and history – including evidence that logged forests burn at much higher intensity and severity than unlogged forests – our governments are enabling widespread logging of what is left after the fires. Right now, logging is happening in burnt and unburnt forests. And logging companies are demanding access to national parks. We have local examples of this forest-removal foolishness. On the south coast of NSW, an area consumed by the fires of the 2019-20 summer, 20-hectares of unburnt, native forest remains at Manyana. A refuge for the animals that survived. Yet, with government approval, this area is to be cleared for housing development.

And at a global level, according to Global Forest Watch, the tropics lost 11.9 million hectares of tree cover in 2019. A football ground of primary rainforest every six seconds. Every six seconds. (https://impakter.com/we-lost-a-football-pitch-of-primary-rainforest-every-six-seconds-in-2019/)

If we want to live on a healthy planet – an 'Earthly' paradise – it is, as Wright says, up to us to shape it, share it and look after it. We have a choice: we can look after our communities and our planet, or we can bury both. Simply put, we can be caretakers or undertakers.

New Bush Telegraph is pleased to introduce Phil Smith and a new column - Ideas, Inspirations and Incites. Phil launched Speaking 4 the Planet in 2013 and continues to offer this fun and interactive public speaking and drama competition  to secondary schools to recognise the United Nations Sustainable Development Goals and help celebrate World Environment Day, a day which is endorsed by the United Nations Environment Program. phil@speaking4theplanet.org.au

4 comments on “Ideas, Inspirations and Incites - with Phil Smith”