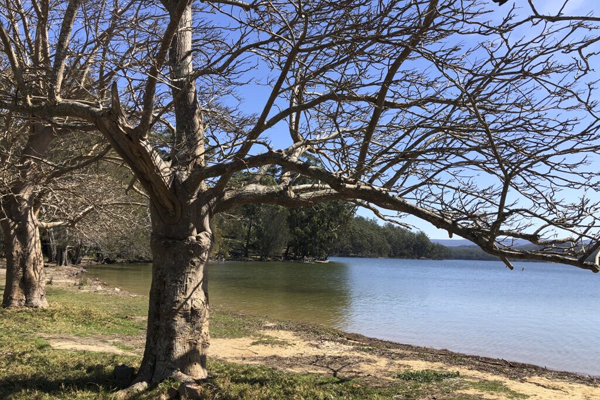 Tensions at Lake Conjola have erupted again with residents locked in a ground hogs day battle pushing for the lake to be opened before the peak holiday period when regular visitors - many who consider themselves locals - take over the lake for the summer.

Tensions that this year have been directed towards Mayor Amanda Findley, who is sticking hard to Council’s best practice policy that the lake be left alone and only opened under flood conditions.

For a small town of just 437 residents, they sure make a lot of noise, organising a petition to “Save Lake Conjola” advocating for a permanently open lake, attracting at last count 14,621 signatures, much to the credit of the small group whose Facebook page of the same name has a mere 50 followers.

Interestingly last year the shorebirds got most of the community blame for the lake being closed. Three endangered shore birds’ nest in the area; oyster catchers, hooded plovers and terns. The focus this time was the little tern that nests on the spit beside the lake. These tiny birds are so small they easily fit in the palm of your hand and are camouflaged to be the same colour as the sand.

The nesting sites cannot be disturbed during the breeding season which runs through spring and summer. Shoalhaven Council has a clear policy on this and the level and circumstances at which the lake can be opened.

No one wants a repeat of the disastrous situation in December last year when council bowed to community pressure and agreed to open the lake. Heavy duty machinery moved into the breeding area and national parks staff had to rush in and rescue little terns whose natural fear instinct is to freeze, putting them in immense danger in a situation such as this.

Shoalhaven Council has set aside funds and will prepare a new coastal management program for Lake Conjola with a scoping study currently underway. The council has also committed to reviewing the management of the lake as part of that program, listening to the community’s concerns and taking them on board.

The five-stage process takes into account community viewpoints, scientific information, explores any gaps in knowledge, applies best practice, and then will explore how to best manage the lake. However, this process takes time and the community is waiting, and not holding much hope that the outcome will go the way they want.

Some in the community say that when the lake closes everyone gets constipated and stuffed up too. It becomes a bit of a witch hunt, with motive and verdict decided and stakes sharpened and at the ready.

Visitors to town, passer-byers, day trippers, tourists, don’t really notice a problem, they just see a beautiful lake. Neither is the lake closure an issue for the vast majority of the many people who stay at the lake, camping or in the holiday rental properties scattered all around; or for a huge number of residents, even some who live on the flood affected streets.

Of course, the lake is more aesthetically pleasing when it’s open, especially for tourists and children. After a big rain it can look like a pool of bourbon whisky and children in particular don’t feel safe swimming in water when you can’t see through it. But the water is tested all the time and it is constantly good. Many local people tell me their families swim in it regularly.

A lot is also protective too as properties, homes, memories and nostalgia get swept up in the risk, the loss, the on-edge nights of the flood risk, the water rising, the door and window frames jamming with the damp.

The Great Dividing Range being so close to the coastline restricts the size of the catchment area and small catchments just don’t catch that much rain. We are also currently in a drought, so with a small catchment in drought times, there’s nothing to keep the lake open - no flow of water, so the entrance is always going to close again in a matter of months.

The lake opens the lake closes, it always has and always will. That’s what ICOLLs do.

No doubt the water’s really nice when it’s refreshed by the tide every day, but coastal lakes do tend to take care of themselves.

The lake is starting to return to normal after the septic years where it was necessary to keep the lake open; the downside of development. As little interference as possible is what the science recommends, supported by the relevant body’s - council, national parks and fisheries. Fish stocks are returning – flathead, bream and estuary perch – none of which rely on the lake being open.

Some believe the overwhelming push from the community consultative body goes way over the top and doesn’t promote the actual knowledge and history of how the lake works. They say the group totally disputes the recorded closures, length of closures and appear to focus on the lake over the past 60 years; an agenda being pushed by a very small group of residents who live right on the lowest part of the floodplain.

The Shoalhaven isn’t the only coastal council dealing with the disastrous consequences of past decision making. However common sense based on good science, current research and an understanding of how the lake works within its own landscape and the changing climate we are facing, will help pave the way forward.

Many Shoalhaven residents are appalled at the amount of public rate payer money being spent on a very vocal, small group of residents to protect their property interests.

However, the cohort are relentless and have said they are prepared to take it to the land and environment court, to do whatever it takes to get their permanent opening. After 25 years, they say they are not giving up.

However, the science has been in for a lot longer than 25 years, and the science holds the key and the truth. At some point in time, all of society, not just the Shoalhaven, will need to make the right decisions for the right reasons.  ■