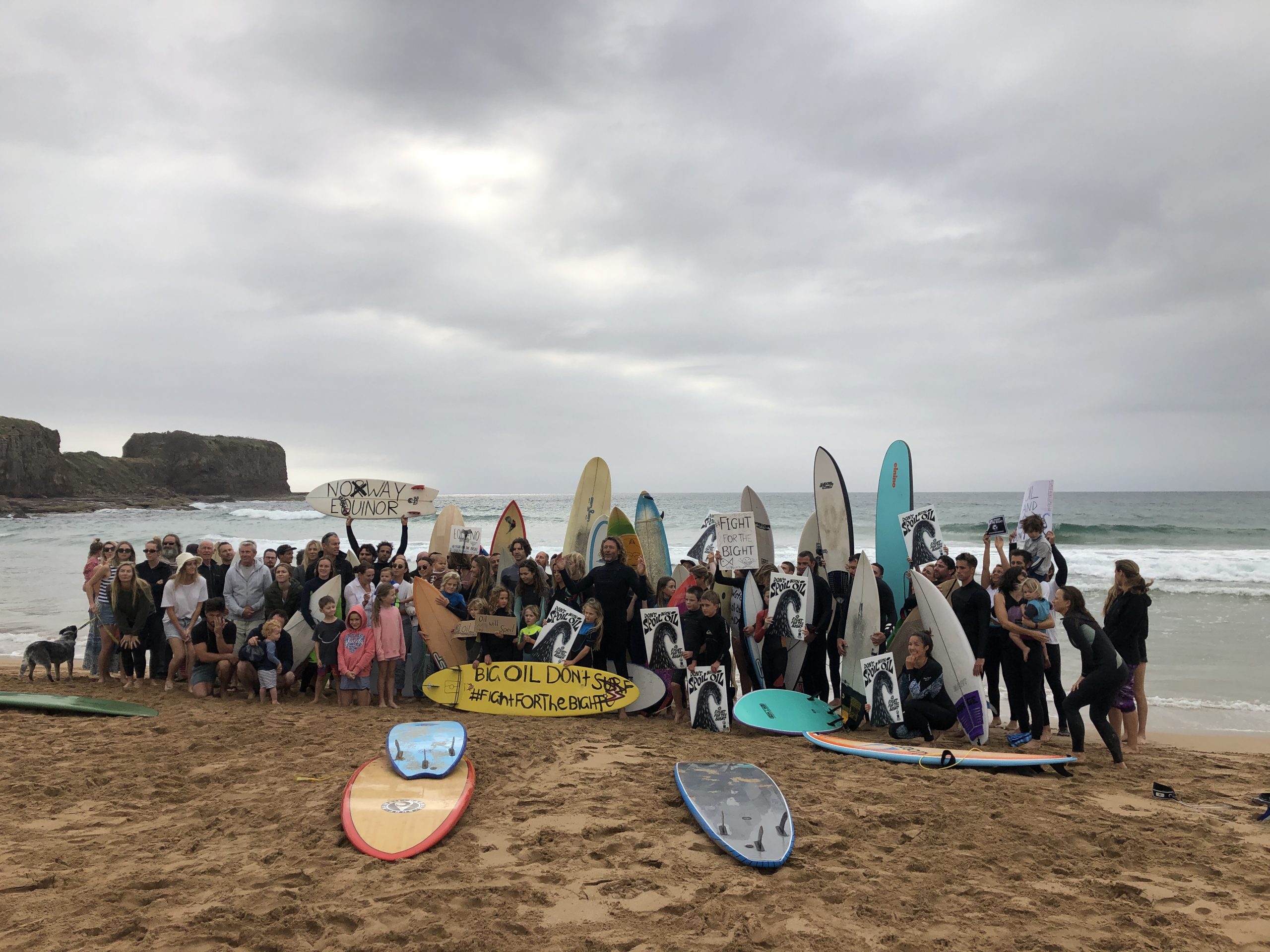 Never underestimate the power of protest. Equinor just last week confirmed that it has pulled out of its oil exploration project in the Great Australian Bight - a huge win for people power, our oceans and our marine wildlife.

Thousands of surfers and ocean lovers rallied together in over 60 communities to protest the project of the Norwegian owned energy company, which would have allowed drilling in a marine reserve in the Great Australian Bight. Locally paddle-out protests were held in the Shoalhaven at Ulladulla, and in Kiama harbour and Bombo Beach. Both Shoalhaven and Kiama councils passed motions last year opposing Equinor's plans to drill in the Great Australian Bight, encouraging other councils to do the same.

Federal Resources Minister Keith Pitt instead of applauding the result has expressed disappointment at the decision. This clearly demonstrates the agenda of the conservative right to continue exploiting our country for profit and ignoring the need to urgently cut emissions.

Both Pitt and South Australian chamber of mines and energy lobbyist Rebecca Knol, have described the decision as a lost opportunity for SA. Knol going as far as to accuse environmental advocates of exaggerating the risks.

But those that live in coastal areas, that value the ocean and want to protect it, are very happy with the result.

"The Surfrider Foundation Australia is thrilled that Equinor have abandoned their plans to drill in the Great Australian Bight,” said Susie Crick, Chair of Surfrider Foundation Australia. “This win is a step closer to ensuring that our oceans are protected for future generations. We won’t allow anyone to destroy our beautiful coastlines or exploit our resources. It is our playground"

The Great Australian Bight as we know holds precious marine biodiversity that is important to protect. A spill from the Bight would reach as far as NSW and WA coastal waters, having devastating and large-scale destruction to all habitat and marine life it its path. True to Australia’s unique geographic position, these waters - full of dolphins, whales and sea-lions - are home the most unique marine life; 80 percent of the species of marine life found in the Bight exist nowhere else on the planet.

Equinor’s decision is in line with previous decisions by BP, Chevron and Karoon Gas who also have withdrawn from oil drilling projects in the Bight. While it is certainly wonderful news, Santos, Murphy Oil and Bight Petroleum still have not ruled out drilling there in the future.

Greenpeace CEO David Ritter has called for oil exploration and drilling in the Great Australian Bight to be permanently banned. Undeniably all oil and gas exploration pose threats to the environments in which they operate, and need to be scaled back and retired, not expanded, in line with moving towards a zero-carbon future.

Australia has further obligations towards protecting our damaged oceans in complying with UN Sustainable Development Goal 14, Life Below Water. This important goal recognises the vital role our oceans play in human survival and integrating urgent protection in the face of a warming planet. Unfortunately, the ocean has absorbed more carbon than it had bargained for, warming and increased acidity already damaging the balance of life - kelp forests, corals and marine ecosystems damage leaving dead zones where marine wildlife now has to search harder and longer for food sources.

Suzie Crick further warns, “we must protect and conserve the marine ecosystems because the ocean acts as a climate change mitigator and provides a path forward for one of the most diverse ecosystems on the planet.”

Peter Whish-Wilson, Tasmanian Greens Senator has been active in opposing the Equinor project and advocating for better protections for our oceans. Understandably, the Senator is very happy with the recent news.

“The companies excuse that they did this on economic grounds is contemptible,” he said last week while on the south coast to campaign against plastic and waste. “There is no new evidence the company has now that they didn’t have two years ago while it was ruthlessly pursuing its approvals.”

Whish-Wilson believes Equinor have listened to the community and realised how difficult it was going to be with the high level of protest that didn’t let up.

He also believes the government was concerned about how the Equinor campaign around Fight for the Bight across the nation was galvanised people against the oil and gas industry in general and further harming the already damaged industry politically.

“I think there has been a combination of factors, but it is a big win for people power and one of the best grass roots campaigns I have ever seen. I just hope that people are inspired for the future and we all come together now for the next fight for our oceans because there are still plenty of things to do.”

While celebrating this win for the environment, one can’t help letting out a huge sigh of frustration for the seemingly never-ending battle against the fossil fuel industry and a government hell bent of squeezing every ounce of profit out of this dying market.

Hopefully this result will make us all optimistic that we can win and make change, and never give up.