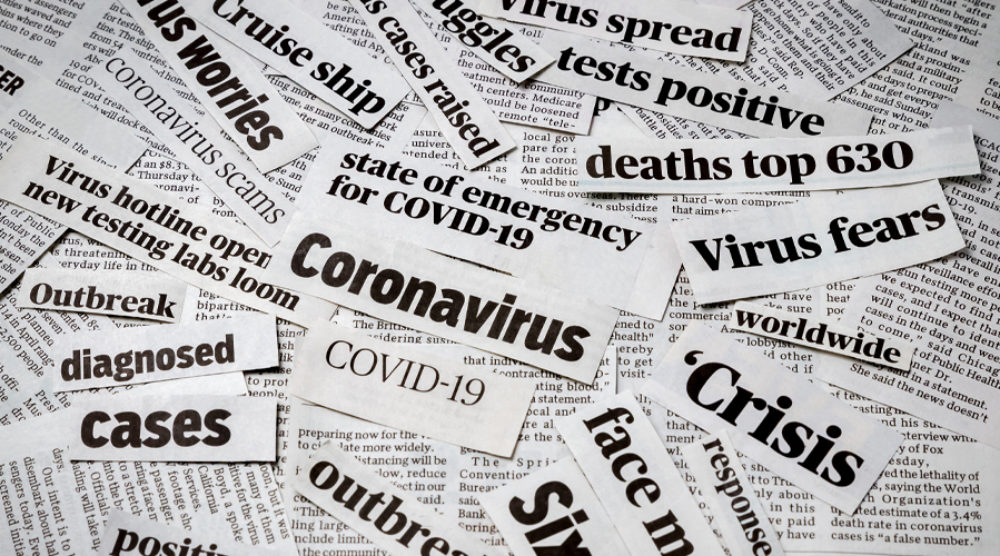 Socialism, Language and Values for a Better Post Corona World

New words and phrases, lockdown, self-isolation, flattening the curve, have been coined to explain ways to cope with Covid-19. Language to promote the traits of a post corona society is also needed.

It will come from words in common usage, and from the visions of artists, musicians and poets who helped their nations to overcome oppression as life threatening as Covid-19.

A Reluctance to Change

Such language can influence public understanding, but in spite of Covid-19 motivating people to share resources and help the vulnerable, support persists for a repeat of the past.

In Sydney a well-heeled superannuant told me, ‘Only prophets of doom think that the economic system can’t be revived.’ He supported Mrs. Thatcher’s view about neo-liberalism, ‘There is no alternative’, and Prime Minister Morrison refers to ‘snap back’, ‘We have to get back to what it was like before.’

In Sydney, a friend met a well-educated neighbour who expressed his conspiracy theory, ‘This pandemic is a media beat-up’. My friend responded, ‘No, it’s dangerous, don’t you hear the warnings from the ABC?’ He reacted, ‘The ABC is left-wing, you can’t believe what they say.’

In Melbourne, a colleague reported his exchange with a high profile business man with a prescription for ways to revive the economy. ‘It depends on how many elderly people are wiped out, thereby releasing valuable real estate into the market. Profit from deceased’s sales will go into the pockets of children who will spend wildly and so regenerate the economy.’

These comments suggest reluctance to speak of a less destructive society and economy. If a careful, highly professional organization like the ABC can be dismissed as leftist, what chance of highlighting values to craft a more humanitarian future.

Cherishing a vocabulary for humanity also requires that the eternal bogey of right-wing politics and media – socialism – be demystified. With neither reflection nor definition, that word is used as a political and cultural scapegoat to describe what people are against, not what they are for.

In similar vein, in the campaign during the 2019 Federal election, Dan Tehan, Minister of Education ridiculed Labor proposals for free child care for families earning less than $79,000 a year. This proposal, he said, was ‘a fast track to a socialist if not a communist economy.’

A Professor of International Economics at Oregon State told me that in early April he spoke to post graduate students about societies which invested in public sector health and education. After his lecture, which ended with emphasis on citizens not being financially penalized for being sick, a couple of students emailed him, ‘Are you a socialist?’

He explained that in this US university, even at a time of corona virus lockdowns, and when Senator Bernie Sanders had been derided for his proposals for universal health care, it was wise to sidestep the students’ question. He advised them, ‘Try not to label people, just listen to the message and decide what’s right for society and act accordingly.’

Stereotyping promotes baseless fears. Socialism does include principles concerning ownership of the means of production and exchange, but ‘ownership’ appears in diverse forms. These range from wide public ownership as in the Australian government’s virtual nationalization of private hospitals, to local cooperatives, or to collective initiatives concerned with equity, as in grass roots efforts to contact the lonely and deliver food.

The significant economic historian R H Tawney, usually remembered for warning against private affluence and public squalor, showed that socialism was characterized by dispersion of power and participation by citizens. This, he said, amounted to a recognition of people’s interdependence and their enthusiasm for fellowship, which should be good for all citizens.

So, ignore the stereotypes peddled by conservative US commentators, by right-wing evangelists. Avoid the derision of human rights by neoliberal worshippers. Demystify socialism. Embrace the values. Forget the fears. Get over it.

For decades citizens have been bombarded with the language of neo-liberal economics which John Quiggin concludes has been treated as ‘common sense’. In consequence, voters perceive security through militarism, and they assume the benefits of lower taxes, privatization, the protection of borders, flag waving for sovereignty and a mysterious brew called market-oriented reform.

Even in apparently enlightened circles, there’s caution to talk about radical change, for fear that to do so would encourage suspicion that a different society might need socialistic policies. It’s as though commentators on current affairs apply their ideological brakes. ‘We are not ready’, as in repetition of clichés about ‘returning to normal’, ‘regaining equilibrium’ and hopes for a sort of Moses led recovery by ‘getting to the other side’.

Those clichés suggest confusion about socialism and unwillingness to reject policies which foster inequality and reward affluence. In spite of investments in back up for workers’ wages, for free child care and support for diverse businesses, there remains a reluctance to insist that if these policies are beneficial, they could be permanent.

Throughout history, this ‘not quite ready’ dictum has been used to oppose significant reforms. Wilberforce and his supporters heard that ending slavery would be premature. Suffragettes were told that women would be too emotional to vote. Until a referendum in 1967, Australia was not ready to treat Indigenous people as citizens.

The corona pandemic has uncovered an economic system which has not valued essential workers and has justified massive, some would say obscene, inequalities in pay. The female head of a Spanish hospital’s infectious diseases department was grilled by the press as to why it would take so long to create a vaccine against Covid-19. She replied, ‘You give a footballer one million euros per month and biological researchers one thousand eight hundred euros. If you are looking for a vaccination now, go to Cristiano Ronaldo or Lionel Messi, they will find you a cure.’

Language of Musicians and Poets

When politicians are agonizing about an economy, though they seem to have overlooked the consequences of climate change, it may seem esoteric to speak about the influence of music and poetry. Yet those art forms illustrate inspiring responses to previous life threatening crises, persecution, pandemics and wars.

Beethoven said of his Peace Symphony that he wanted it to be a victory for all humanity. The words in the last movement came from the German poet Schiller’s work, ‘Ode to Joy’. Schiller wrote that he wanted his words to be ‘a kiss for the whole earth.’

In 1899, to evoke the struggles of the Finnish people against Russian control and censorship, the composer Sibelius wrote Finlandia, a musical plea for freedom.

In 1937, at the height of Stalinist tyranny, and in a carefully disguised protest, Shostakovich wrote his 5th Symphony. At the first performance in Leningrad, the audience wept.

In 19th century England, Percy Bysshe Shelley insisted that poets were the unacknowledged legislators of the world. During the industrial revolution, as though he was following Shelley’s advice, William Wordsworth wrote in ‘Humanity’, ‘What a fair world were ours for verse to paint, if power could live at ease with self-restraint.’ He was protesting cruelties in factory labour.

In Britain, Roger Waters, singer song writer for Pink Floyd, uses his music to seek justice for refugees, for Palestinians and for journalist whistle blower Julian Assange. His song ‘Each Small Candle’ typifies his advocacy that respect for universal human rights is the alternative to ‘the blind indifference of a merciless, unfeeling world.’

Contemporary poets paint visions to influence a post corona world. A few weeks ago, Kitty O’Meara wrote, ‘And, in the absence of people living in ignorant, dangerous, mindless, and heartless ways, the earth began to heal. And when the danger passed, and the people joined together again, they grieved their losses, and made new choices and dreamed new images, and created new ways to live and heal the earth fully, as they had been healed.’

Language to promote the interest of a common humanity envisages societies based on respect for human rights, for internationalism and on policies for planetary survival. Such vocabulary crafts a future based not entirely on shopping, but on sharing and self-sufficiency, on realizing that greater equality can contribute to health and happiness and even to a robust economy.