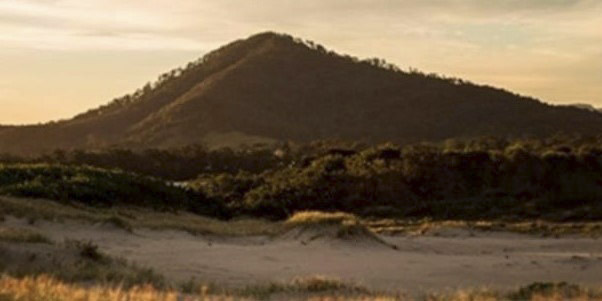 The Jerrinja tribe and the Shoalhaven

At the invitation of the editor, we are writing to correct two stories that appeared in the last Bush Telegraph, that inferred that the Shoalhaven is Yuin land. It is not. The Shoalhaven is and always has been land belonging to the Jerrinja Tribe.  In recent times myths have grown up and claims have been made by outsiders, both Aboriginal and others, that have caused not only confusion but have inflicted damage to our culture and injustice to our people. It is time to put the record straight.

Misinformation is rife in the wider community on what is and what is not Aboriginal land. The nexus between Land Rights and Native Title needs to be understood for this is how Aboriginal people can have their rights recognised in the land. Here in the Shoalhaven those rights are presently being trampled on by government bureaucrats, as well as local land councils, who make false claims to land that is Jerrinja country.

How this state of affairs has arisen is long and complex but let us start at the beginning.

We the Jerrinja Tribal People have a very long documented history in the Shoalhaven from before and after the ships sailed into the Shoalhaven River and the setting up of Coolangatta Estate (Berry Brothers).

We’ve been told who we are and where our boundaries lie by our Elders. It has been passed down by our Old Ancestors over time and we strongly believe what they have told us and we’ll fight for our traditional boundaries on behalf of them, and today’s and future Jerrinja people.

It’s also well documented that we stood up and fought for our Country back then and today; fighting other Tribes over boundaries, government departments over developments, the destruction of sacred sites, and protection of the environment as well as playing our part in the land rights movement in the late 1970s and 1980s. The Jerrinja People were at the forefront of the fight for justice, rights and our land; going to meetings with government officials, protests, rallies, marches, fighting alongside the Wallaga Lake People (Yuin), Coomaditti (Wodi Wodi); people all fighting for their own country.

Back then everyone knew where their Tribal boundaries were. There was a thing called ‘tribal respect’. Everyone got along - that doesn’t exist today because of the set up of local land councils under the NSW Land Rights Act, 1983. However, what is important to establish is that in the early 1980s when setting up the land councils there was a Memorandum of  Agreement written up by the Tribes; Jerrinja (Roseby Park), Wodi Wodi (Coomaditti), Wallaga Lake (Yuin), where each Tribes boundaries are; it was agreed and signed  off by the Elders of each Tribe. The State Land Council has a copy and there’s one in the archives in Canberra.

As it stands, Aboriginal peoples have always had to deal with bureaucrats. Before the NSW Land Rights Act, we had dealings with the Commonwealth. In those times it was the Jerrinja Tribal Council that the Commonwealth engaged. The Jerrinja Tribal Council represented our lands from the Crooked River to the Clyde. We were fighting for land rights, we set up both the Culture Centre and the Aboriginal Legal Service in Nowra and many more things besides.  We need to remember that all this occurred long before the 1992 Mabo decision by the High Court. In 1993 came the Native Title Act and it was later followed by the 1998 Native Title Amendment Act, which reduced many of the rights of the original Act. Importantly, however, the Act gave legal recognition to traditional communal, group or individual rights and interests which Aboriginal people have in land and water, where Aboriginal people have continued to exercise their rights and interests in accordance with traditional law and custom pre-dating European settlement.

What we need to understand here is that Native title only exists where Aboriginal People have established with the Federal Court that they are the Traditional Owners for the particular area claimed. To be a Traditional Owner you must have maintained a continuing connection with the area through the acknowledgement and observance of traditional laws and customs and ongoing practice of rights and interests since before European settlement. It is we, the Jerrinja Tribe, that are making this claim. There are others, who are also making this claim. We have registered our claim with the Federal Court. At some future time a determination will be made.

So, as we have argued here, the Shoalhaven is not Yuin country.  We are the Jerrinja Tribe. We don’t consider ourselves ‘a nation’. Where has this idea of ‘nation’ come from; we do not know.   ‘Nation’ is an American Indian or an English concept; Australian Aboriginals have Tribes.
Our concern is with a claim lodged in the Federal Court, styled the ‘South Coast People’s’ claim. They are trying to claim rights over four tribes’ country, stretching from Eden to Cronulla. By doing so they are encroaching on others tribal land. For the purpose of clarity, listed below are the four tribes we recognise that belong to the south coast.

All these tribes are still active and have been for thousands of years. Tribal groups further to the north of us are also objecting to the ‘South Coast People’s’ claim.

We thank the editor for giving us the opportunity to bring to the attention of your readership the facts and not fiction. The challenge for us Aboriginal people is for us to come together and reach agreement on those facts for the betterment of all, Aboriginal and non-Aboriginal Australians.