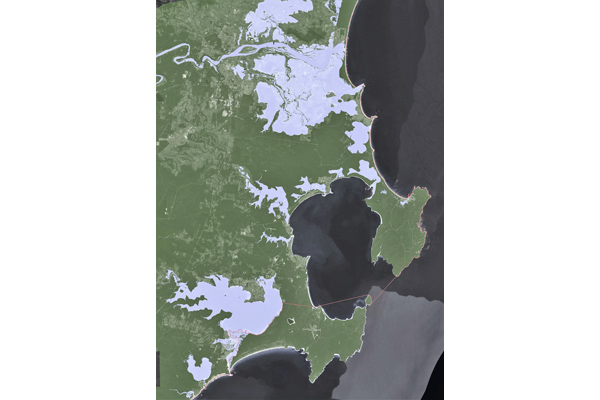 According to the CSIRO sea-level predictions, the Shoalhaven is going to be one of the worst affected coastal regions in Australia. We can be in denial of this fact or we can face up to the reality of it. As the accompanying lead story in this newspaper indicates the former Shoalhaven Council chose to ignore science but we now have a chance to right that wrong.

It is poignant to note that the CSIRO predictions are generally regarded to be at the conservative end of the spectrum. In fact more recent evidence points to the likelihood of much more serious outcomes, as the rate of melt in Greenland and the Arctic along with the Antarctic is exceeding earlier estimates.

The Sea-level rise information for coastal councils can be found at https://coastadapt.com.au/sea-level-rise-information-all-australian-coastal-councils and is a sobering analysis that all residents may benefit from consulting. From the somewhat imperfectly reproduced map here, we can see how in a few short decades a body of water the size of Jervis Bay is likely to exist immediately to the east of Nowra township. More alarmingly the map shows Greenwell Point being an island whilst much of Sussex Inlet lies under water.

The Bush Tele believes Global Warming must be taken seriously by every level of government. In coming issues we will endeavour to highlight other aspects, such as, likely storm impacts as well as the ecological and social effects of future climate change. There are those among us who liken what is happening to a war. Certainly, there is a case to put that we should be organising ourselves on a war-footing. One problem, however with this approach is that the enemy appears to be those who are currently ‘our leaders’. Optimistically, this can and will change as public opinion galvanises against those that ignore the science. The nature of politics is fickle. Policy reversal is usually the norm. We need to work for change or ultimately Nature will “trump” the foolishness of our Age.   ■