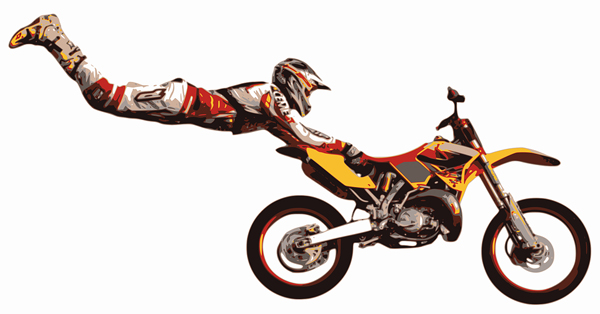 Doug Gallagher is a local Parma resident and member of the Parma Yerriyong Community Association. He has been a motor cycle rider for many years.  Understandably then, he took a good deal of interest in a proposal for a motor sport complex in his own backyard when it first surfaced over a decade ago.  He is also a ratepayer with an appreciation for the environment. What Doug has witnessed in the intervening years has been a colossal example of Council waste & ineptitude, grand-standing politicians and environmental ignorance.

To get a better appreciation of this debacle, a questioning of how Council became involved in the first place is needed. Council should have been aware and advised the proponent from the outset that the South Coast Regional Strategy (2007) includes among its requirements that development will be located on largely cleared land or areas where only limited clearing of native vegetation with low conservation values occurs. Yet from Joanna Gash’s 2013 mayoral press release we learn that Council had been working with the proponents for two years and in Gash’s words:

“Given the scale of the development, this project has required delicate and confidential negotiations.”

Gash was gushing about the project: “It goes without saying that the creation of a world class motor sports facility is an extremely positive project for Shoalhaven City.” To help get the deal Council had already agreed with the state government that it would acquire approximately 130 hectares of land before entering into a long term lease agreement with Motorcycling NSW.

Former mayor Gash having pinned her colours to the masterplan was never going to back away from it. She went along with and trumpeted the exaggerated claims for employment and so called benefits to the region whilst vilifying those who dared to oppose it. She encouraged and rallied local riders and motor sports enthusiasts to expect a facility better than others in NSW when the length and metrics of the finished track was never going to make it suitable for international motor cycling competition.

Gash was mayor when Council endorsed the DA in 2016. By then saner assessments had been given, which Council chose to ignore.   Clear felling 47 hectares of undisturbed, native forest considered to be of regional conservation significance was one of the issues. The Office of Environment and Heritage (OEH) had advised both Council and the proponent that the DA proposal had not addressed adequately the environmental constraints posed by the site. In fact, it castigated the work done by the consultants and the lack of due diligence by Council. In part OEH's report read:

A lack of genuine investigation of alternate sites is a logical finding…..On 30 September 2015, OEH recommended a strategic re-think on the location of an expanded regional-scale Motor sports facility in the Shoalhaven. Notably it did not oppose the race track. To have a sub-optimal racetrack (as discussed at a meeting with the proponent and Council) as an outcome of a highly constrained site adds validity to investigating less-constrained alternate sites…. At the end of the day, if the site is utilised for a sub-optimal outcome, it still needs to be appropriately offset.

Here the OEH highlighted how no fewer than 28 threatened fauna species and 11 flora species needed to be considered along with a viable local population of an orchid listed as Vulnerable on both State and Commonwealth legislation. The OEH complained of how it could be stated that there was ‘no significant impact’ on flora & fauna when ‘OEH understands the proponent was advised on-site by consultants and Council in 2011 of the biodiversity issues of the site.

Motorcycling NSW (MNSW) is not an organisation with deep pockets. By April 2017, the organisation, having spent close to a million dollars of members money, decided enough was enough. Along with her disappointment with MNSW's decision, Gash said how 'the decision had nothing to do with Shoalhaven City Council, which despite some opposition had backed the track'. In hindsight the club membership may have reached a different conclusion on the role played by mayor Gash & council.

Then recently, on September 15, the South Coast Register, reported an extraordinary revival of the plan. Apparently, some locals had formed a new company, South Coast Motor sports Inc to continue the fight and had been busy consulting with none other than Councillors Gash & Watson. Not surprisingly, when the same two councillors offered to have council take on the project, and submit a development application, the South Coast Motor sports Inc felt well pleased. Their representative, Mr Paul Dean, was able to tell the newspaper that council was 'better placed to get the land suitable for development.'  He was right there! As reported elsewhere, General Manager, Russ Pigg was quick to point out the utter folly of this endeavour.  Mr Dean was right again – Gash & Watson had the numbers to make us the ratepayers pay the costs.

Doug Gallagher asks what is being done to Shoalhaven's Clean Green image. He also wonders if there might not be better investment possibilities for an 'unspoilt' Shoalhaven in an era where climate change has become an imminent threat to us all. He is not alone in believing a fossil fuel driven, carbon emitting and noisy facility, is not what is wanted. Certainly, most Shoalhaven residents would be up in arms, if they suddenly found such a facility was proposed for their backyard.

Councillors Gash and Watson are not noted for their environmental credentials. They are more eager to garner voters through their support of 'popular' issues. They both have dubious records when it comes to supporting expensive investment failures, such as, the Shaolin Temple debacle. There is no doubt that there are many motor sports enthusiasts among our residents but the over-riding interest for most of us is that our region remains the natural jewel that it is. Sadly there do not seem to be enough of us to defend our commons. Perhaps, now that the hip-nerve of ratepayers is being potentially so seriously affected, they will make their voices better heard.