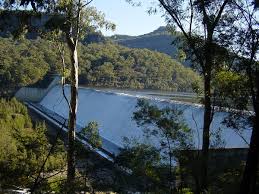 Where has all the water gone?

Last winter Nowra suffered its driest winter on record. As a result, Shoalhaven residents went on water restrictions last September. At the same time Sydney was already drawing water from the Shoalhaven to meet its needs. At no stage were water restrictions imposed on Sydney-siders, but between November and January, 26 billion litres of water was sourced from Tallowa Dam. If the number of litres is hard to grasp, it becomes clearer when realised that the transfers from the Shoalhaven storage, amounted to 17 per cent of Sydney’s needs over the three month period.

Taking massive amounts of water from the Shoalhaven catchment does have, unsurprisingly, ecological consequences and also does have impact on the local economy. Recent infestations of jellyfish due to higher salinity rates have occurred. As a result of the absence of freshwater flushes, both local fisheries and oyster farmers have suffered considerable financial losses. Needless-to-say, no compensation is offered when such entities are forced out of business.

Independent MLC and local resident, Justin Field and Mayor Amanda Findley are both calling for a review of the existing water transfer arrangements.

“The Shoalhaven transfers are more about politics than the responsible and sustainable use of water,” Justin Field told the NBT.

No doubt the state government was in no hurry to place Sydney on water restrictions last November with a state election looming. Belatedly, they ordered Sydney’s desalination plant to start up, which to the surprise of many, will take 8 months to be operational!

However, there is a much larger political issue at stake. Currently, the state government receives some $2.5 billion in dividends from Sydney Water. What Justin Field thinks is that this dividend should be redirected to water efficiency and recycling programs to reduce Sydney’s water demand.

With a federal election upon us, water is a big issue and not just because of the Murray-Darling crisis. Climate change affects rainfall across the nation; just ask our local farmers, how they have been fairing with this second major drought in the past decade.

The current water act does not aim at ‘efficiency’. It does not take into account climate change. It is geared rather to running a water policy that allows for more water use and fatter profits, perhaps with a longer term view to privatisation.

Water NSW manages the state’s water resources. It has been for a long time under the ministerial direction of National Party ministers, including Katrina Hodgkinson, who is a local candidate in the forthcoming federal election. As reported in the last NBT, Ms Hodgkinson, whilst NSW Water Minister, altered plans to allow irrigators to extract up to 32% more water from the Darling/Barwon during low flows.

The Green’s candidate for Gilmore, Carmel McCallum, has been trying to get local media to cover this story but they seem to continue ignoring it.

The Premier, Gladys Berejiklian has promised a focus on the environment for her new government. She has appointed the National Party’s Melinda Pavey, as the new water minister. Hopefully, as part of this new focus, the government will undertake a review of water management in NSW, which will result in demonstrable improvements in both efficiency and sustainability. For its part the NBT will continue to press for both. ■