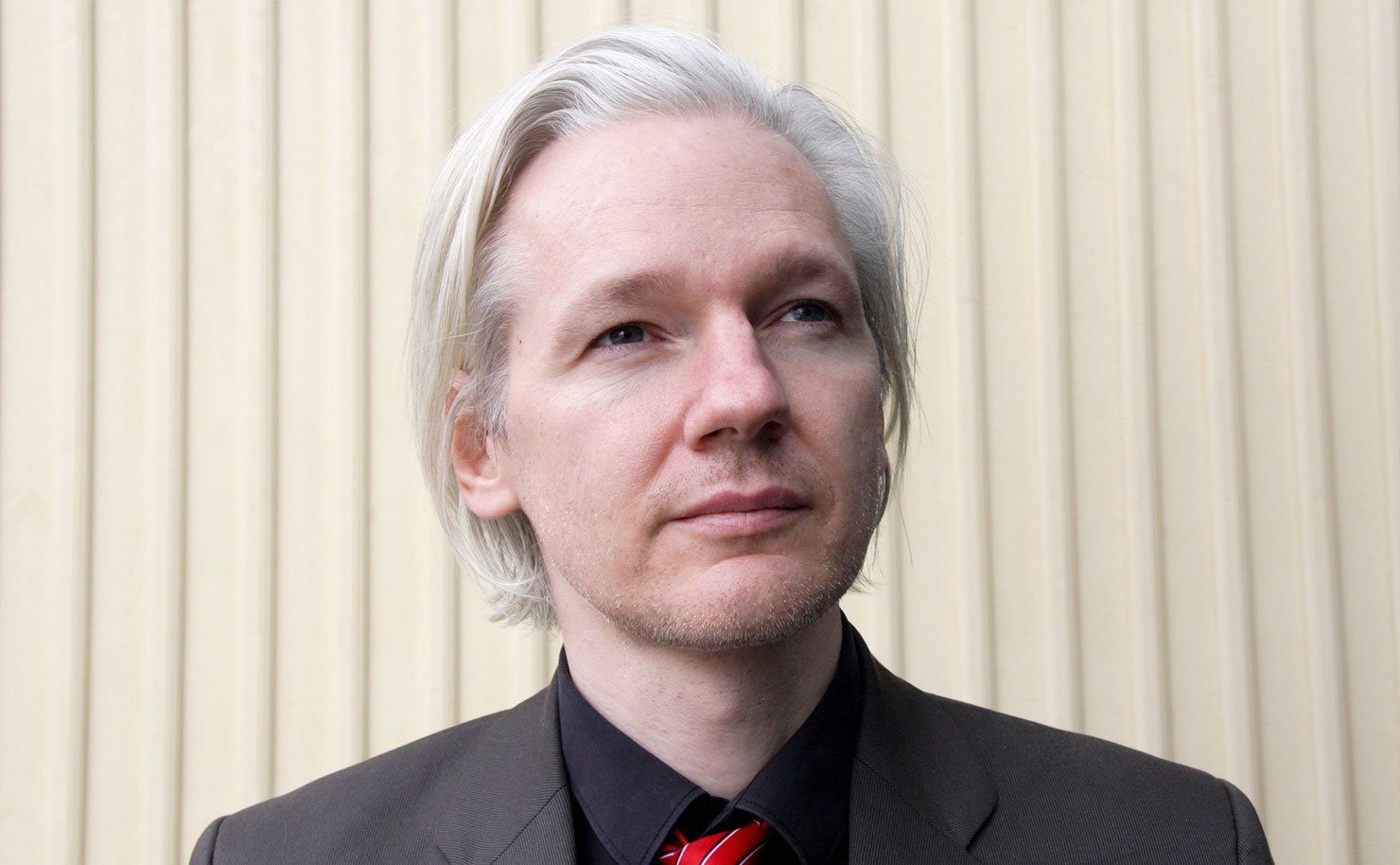 A Question Of Humanity

If any individual is repeatedly labelled ‘unusual, odd, deviant, criminal, possibly a terrorist,’ that person’s alleged guilt of something reprehensible begins to be taken for granted.

Contained in the Ecuadorian Embassy in London for almost seven years, Julian Assange is the victim of such labelling. If he tries to walk outside, he may be arrested and shipped to a US prison.

He has been damned for revealing US governments’ fascination with violence, with the arms trade, with wars involving cooperation with human rights abusing regimes.

The time has come to campaign for Julian Assange’ freedom. Such a movement must reject the false labelling and end the character assassinations. It must overcome public inertia and ignorance. At best people say ‘I’ve forgotten about Julian.’ At worst you’ll hear, ‘He’s a criminal isn’t he?’

In the US, political cowardice and corporate media brainwashing has dulled citizens into automatic acceptance that Julian Assange must be guilty of something. Graduates from an Ivy League university recently told me ‘No-one in America likes Julian Assange.’ Asked why, they repeated the adjectives ‘odd, criminal, deviant.’ ‘Otherwise,’ they said, ‘he would not be in the Ecuadorian Embassy.’ These supposedly well-informed citizens had given up even their capacity to be curious.

The accusation about criminality was also made by former Prime Minister Julia Gillard who was certain that Australian citizen Assange had committed an offence. She was told by the Australian Federal Police, ‘No he has not. Julian Assange has committed no crime.’

Chapter one of a new narrative says the threats to Assange, if he is not given safe passage to another country, are the same as those faced by the Bahraini soccer player Hakeem Al Araibi: extradition to a country with a record of vicious human rights abuses. Assange fears extradition to a punitive penal culture of the kind deployed by a US justice system.

In the story of Julian Assange’ confinement, various governments have colluded. In a ping-pong contest between prosecutors in Stockholm and Gothenburg as to whether to charge Assange with rape, the outcome was a ‘yes, maybe, perhaps, no, not likely’ series of legal theatrics which lasted for years. Swedish authorities could not find the energy, the humility nor the common courtesy to even travel to London to interview Assange whom they thought they might accuse.

The British claim to be standard bearers for human rights but do not care about rights if a dissident disturbs their idea of official order. Following a tradition of key elites assuming that no-one should question their views, in 2016, Foreign Minister Hammond immediately rejected a UN Working Group’s judgement that Julian had been arbitrarily detained. Hammond labelled Assange ‘a fugitive from justice.’ As stage for a sinister light opera, the Ecuadorian Embassy was guarded for years at enormous expense by an endless roster of London bobbies.

In relation to anyone who exposes the American State ‘s love of violence and disdain for humanity, US power players build a culture of revenge. About Assange, Republican Congressman Peter King proclaimed, “Someone should get a gun and shoot the son of a bitch.”

“Even execution would be too good for him,” said a God-fearing evangelical candidate for the Presidency, Mike Huckerbee. Secretary of State Hillary Clinton asked, “Why can’t we just drone the guy?’”

Journalistic/whistleblowers like Assange have contributed significantly to freedom of speech and freedom of the press. In England in the early eighteenth century, the novelist, pamphleteer Daniel Defoe was punished for exposing the evils of religious discrimination. At the end of that century, Tom Paine wrote The Rights of Man. In response, a ‘We always know best’ British government charged him with sedition and he fled to France.

Advance a couple of centuries. Former US marine intelligence officer Daniel Ellsberg was so appalled by the lies told about the conduct of the Vietnam war that he released the Pentagon Papers to major newspapers. When the government of President Nixon tried to forbid the publication of the Ellsberg revelations, Justice Hugo Black of the US Supreme Court ruled, “Only a free and unrestrained press can effectively expose deception in government. And paramount among the responsibilities of a free press is the duty to prevent any part of the government from deceiving people and sending them off to distant lands to die of foreign fevers and foreign shot and shell.” Black’s ruling is relevant to Assange’ release of the Wikileaks cables.

WikiLeaks staff set their own standards about freedoms to publish. “Transparency in government activities,” they wrote, “leads to reduced corruption, better government and stronger democracies.” In a 2016 document, the Australian Human Rights Law Centre matched those sentiments. “For our democracy to thrive, we need free speech, the free flow of information and a free press to hold government accountable.”

In 2010, US, intelligence analyst in Iraq, Chelsea Manning was convicted by court martial of violations under a 1917 Espionage Act. By leaking thousands of classified cables, Manning revealed information about murder and mayhem in Iraq and was sentenced to 35 years in prison. In 2017 she was pardoned by President Obama.

In 2013, after telling the world and US citizens that they were subject to surveillance by the National Security Agency (NSA), CIA employee Edward Snowden feared for his life and sought asylum in Russia.

A matter of humanity?

If those who are indifferent or hostile towards Assange are unable to change their views when faced with arguments about justice, they may respond to appeals about humanity, they could face up to the question, how much longer must governments persist in this cruelty?

The British Medical Journal confirms that Assange is subject to ‘cruel, inhuman and degrading treatment’. The general counsel of Human Rights Watch has concluded that Assange’s refuge in the Ecuadorian Embassy looks like solitary confinement. He lives mostly in a single room and in six years has had no meaningful access to outdoors or to natural light.

Smearing, demonizing and lying to the point where an alleged truth emerges has characterized  official British, US and Australian attitudes to Assange. For these reasons, assumptions about him have to be redefined and the issues reframed. In an age of governments’ increasing secrecy and surveillance, he has had the courage to report truths about States’ violent and illegal acts. He has committed no offence. He threatens only those who deny the importance of free speech and freedom of the press.

Just because a Washington/CIA operated culture is intent on punishment and revenge is no reason why an Australian government should not be as committed to secure the freedom of one of their citizens as they were in supporting those significant individuals who campaigned on behalf of Hakeem Al Araibi.