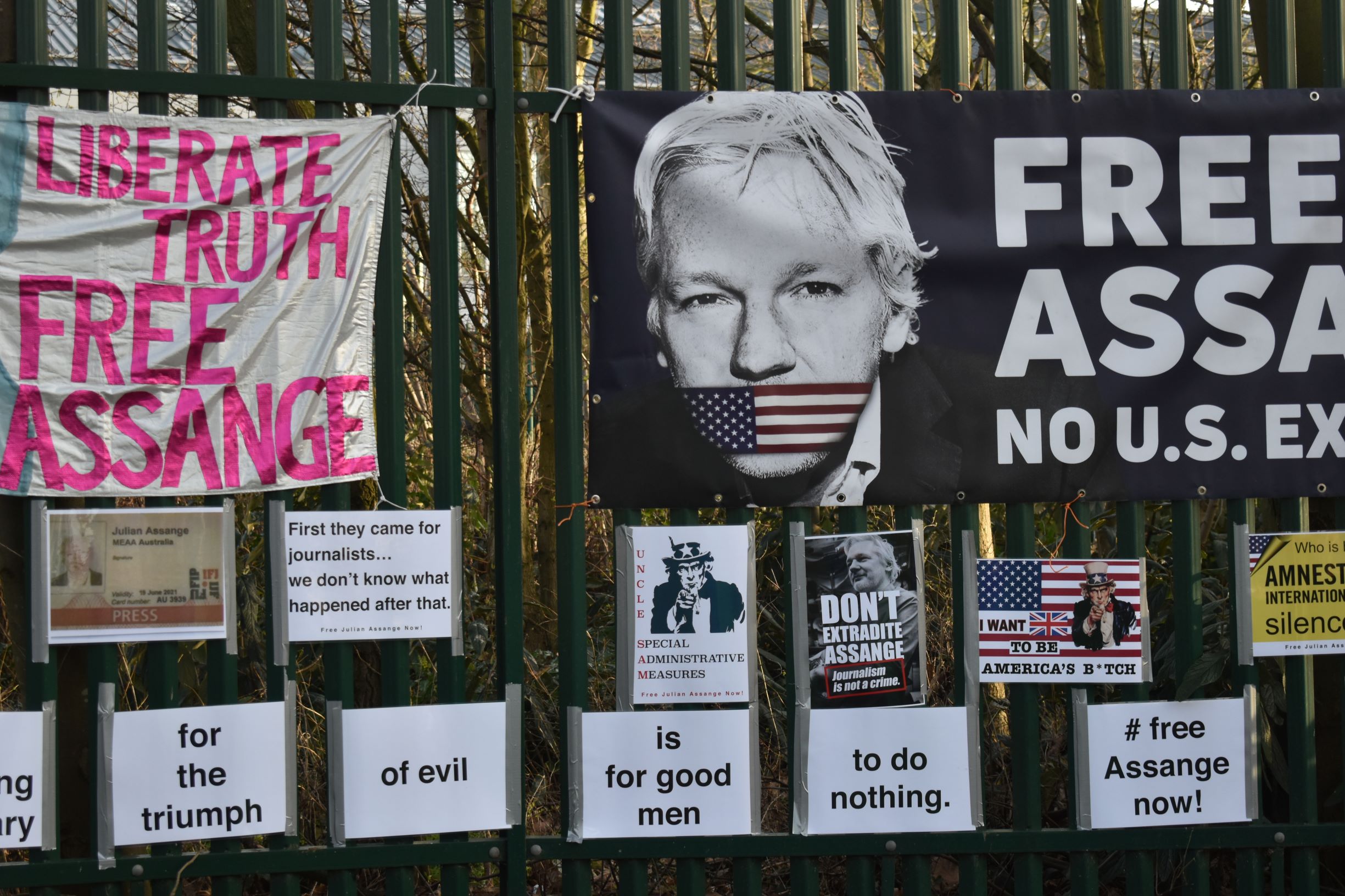 Julian Assange and the Culture of Revenge

To lessen the macabre prospect of Julian Assange spending 175 years in a US maximum security prison, the US Department of Justice suggests that he could serve prison time in Australia. In a decade long tragedy, this latest act looks like nurture for an all-consuming culture of revenge in which legal theatre has provided only a convenient rationale.

In a saga of cruelty towards a gifted whistle-blower, publisher and journalist, diverse actors have jostled to be on stage, have been eager to promote their roles in attacking Assange, or have been massively indifferent to his achievements and plight.

US, UK, Swedish, Ecuadorean and Australian governments have been complicit, the US by taking years to concoct seventeen espionage charges, the UK by complying with US demands, pursuing Julian even by laying siege to a foreign embassy.

Appearing on stage occasionally, a Swedish prosecutor wanted to prosecute Assange on alleged sexual assault charges. She acted within the context of a Swedish political contest and with apparent prompting from big brother who wanted Assange kept in the Ecuadorean Embassy and then in a British maximum-security prison.

In a David v. Goliath contest, an Ecuadorean ambassador and government began by displaying significant courage and respect for Julian’s human rights, but when a new government took power in Ecuador and needed financial patronage from the US, the culture of revenge reappeared. Assange was manhandled from Ecuador’s London embassy.

References to law have smoke-screened the smearing and stereotyping of Julian Assange as abnormal and a threat to state security. Someone who reveals war crimes must be dangerous and should be punished, according to law.

Journalists and lawyers have profited from participation in a culture which they might say they reject but to which they have contributed. Scribes from The Guardian, Der Spiegel and the New York Times were thrilled with revelations in the WikiLeaks cables. They saw Julian as an ally and in the Guardian’s London bunker, discussed the best way to publish without incriminating themselves. Cowardice to facilitate publicity?

In 2011, Assange won a Walkley award for innovative, outstanding journalism, yet some Australian journalists gained notoriety by insisting that he was not one of them, saying in effect that freedom of speech should be defended only by scribes deemed professionally respectable.

Even lawyers who have supported Assange, have benefitted from this never-ending revenge culture. Unable to bite the hand that feeds them, they can’t damn the legal casuistry which denied bail, which kept Assange in a maximum-security jail, which in refusing extradition to the US needed to produce judgements least offensive to a persecuting government.

In consequence, it has been left to Nils Melzer, UN Special Rapporteur on Torture and Other Cruel Punishment, to Kristinn Hrafnsson the indefatigable investigative reporter from Iceland and to Julian’s brave partner Stella Moris to express despair and disgust. They have exposed UK and US systems which are assumed to represent law because they make claims about justice.

To attain a significant citizen’s freedom, a blown-up legal balloon must be deflated.

Now we have reached a possible last act, albeit a long one. To respond favourably to a powerful operator’s desire for revenge, the US is allowed to appeal UK Judge Vanessa Baraitser’s decision to refuse extradition. Lost in the latest maze of legal mysteries, no-one knows or is allowed to know how long an appeal would take.

On unsubstantiated grounds that Julian could escape the UK, Baraitser‘s refusal to grant him bail has become a prison sentence with no end, being served in an institution designed for convicted murderers and terrorists.

To dilute worldwide criticism of cruelty towards Julian Assange, to ensure that law must run its course, an allegedly placatory gesture is now being offered. He can serve time in prison in Australia.

We should not be fooled, but there is an opportunity to learn from significant precedents. In several plays about tragedy, Shakespeare exposed miscarriages of justice as determined by powerful operators’ desire for revenge. In Hamlet for example, Claudius advised, ‘And where the offence is, let the great axe fall.’

The great bard was foreshadowing the consequences if Julian Assange via WikiLeaks revealed truths about murder and mayhem in Iraq and Afghanistan, even if a sop would be offered of imprisonment in Assange’s home country.

The influence of a despicable revenge culture should be acknowledged. A tragedy continues and we should not be fooled. This is not about law.