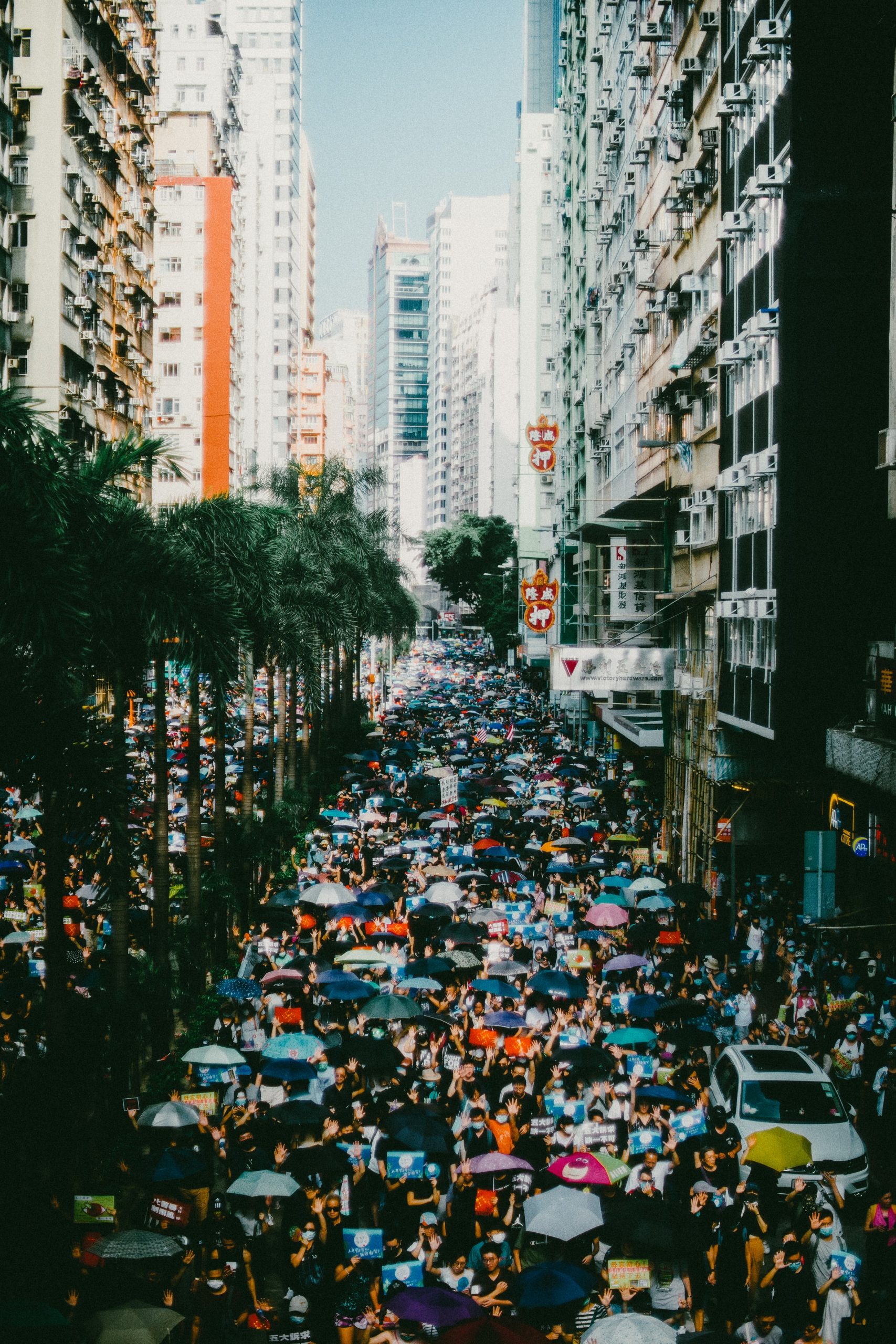 Authoritarian cultures in Hong Kong, the US and Australia

Authoritarianism as a way to govern has been embraced in democracies and by dictators. It rests on assumptions that leaders know best, dissent should be suppressed, democracy derided, free speech stifled, control made effective by violence and secrecy.

A Minnesota policeman kneels on the neck of an Afro-American man, suffocates him and he dies.

In response to the latest brutality against black Americans, rioters attack police, burn buildings and vehicles.

Nurtured in authoritarian cultures, these events are fed by the assumption that conflicts can be solved by overwhelming force. It may be drawing a long blow to couple US rioters’ violence with the conduct of police whom they oppose, but a them and us polarisation is a feature of such cultures. State forces are pitched against citizens or vice versa. President Trump gives his incendiary description, after the rioting comes the shooting: rioters versus shooters, or did he mean black versus white?

Events in Hong Kong show how authoritarianism flourishes. To end the city’s autonomy, China has imposed a national security law which would punish acts of secession, subversion or terrorist activities. That law was preceded by bills to allow extradition of supposed criminal offenders to the mainland and to punish any ridicule of China’s national anthem.

As though they are fighting a war against a citizen enemy, Rambo like police confront pro-democracy protesters, but are not operating in isolation. A world-wide spread of authoritarianism prompts questions, who puts on a uniform, from where do they get their ideas?

The answer to the last question is that governments and their managerialist representatives have fostered a binary manner of thinking, a top down view of power which categorizes the good and bad, efficient and inefficient, loyal and disloyal, worthy and unworthy. It is a mentality to explain and justify oppression.

Authoritarian leadership is succoured by President Xi Jinping, by a Trump White House and compliant Republicans. Disdain for human rights, concern with secrecy, reliance on surveillance and on a phenomenon called ‘intelligence’ have become hallmarks of government. Police forces adopt those values and speak that language.

Fascination with violence is an essential ingredient of this top down exercise of power. The paraphernalia of police uniforms – their guns, pepper spray and lasers, belts, batons, boots and badges are each a symbol of authority, a means of being macho.

Resort to assertiveness and control has all the answers. Challenges must be ignored or stifled, as with onlookers on that Minnesota street saying lay off to the murdering policeman, as with Hong Kong police responding to protesters with tear gas, beatings, arrests and handcuffs.

Little or No Accountability

One version of a state is favoured at the expense of another. Hong Kong police target democracy protesters but ignore Beijing advocates. In response to gun toting protesters outside US governors’ offices, police have ignored those who oppose lockdown rules but appear to be Trump supporters.

Authoritarian cultures ride roughshod over the usual rules of accountability. In shopping malls and railway stations, Hong Kong police resort to violence and do so with impunity. At the prospect of any independent inquiry, the Hong Kong Police Commissioner says such an investigation would unfairly and unnecessarily ‘target and attack’ the police, though members of his staff have created accounts on a Chinese social network Weiho, where they boast of their actions and have attracted a large fan base.

US police have also assumed they will seldom be held accountable. In US cities, through racist attitudes dressed as a concern with security, police have behaved as though they were entitled to take law into their own hands, even when being filmed. Aggrieved people perceive laws as existing to protect law enforcers not citizens.

In common with the Chinese government’s control at all costs, whatever the cost, the militarization of police has become common across the US where the Department of Defence is authorized to distribute surplus military equipment to local police authorities. Such equipment has included night vision goggles, gas masks, military aircraft, armoured vehicles, machine guns, grenade launchers and even bayonets.

Security Depends on Secrecy. Does It?

By emphasizing the importance of ‘state security’, as in the law imposed by China on Hong Kong, any arbitrary use of power can be justified. Hong Kong law academics insist that western democracies have also become national security and surveillance societies which show undue deference to Intelligence services.

These services require secrecy and thereby feed authoritarian cultures, not just in China and Hong Kong. A secret trial is occurring in Canberra. In a Twitter comment, John Lyons says no-one can know who is appearing in that court or what they are saying. Secret trials usually take place in in North Korea, Iran and Saudi Arabia. Lyons asks, ‘Why is this happening in Australia?’

In his documentation of the Turnbull government’s ‘Espionage and Foreign Interference Bill’, and the ‘Foreign Interference Transparency Scheme,’ Brian Toohey identified ‘Australia’s Dangerous Security State’. He argued that the Espionage Bill could mean forbidding reporting on community or intelligence-service stuff ups, scandalous behaviour in defence forces or the rising costs of weapons acquisitions. He concludes, ‘Political leaders increasingly promote secrecy, ignorance and fear to introduce new laws that undermine individual liberties and magnify the risk of being dragged into a horrific new war for no good reason.’

Toohey’s significant analysis demands that claims about the value of ‘Intelligence’ be answered and the notion demystified. He argues that politicians should be asking about the awful consequences of secrecy, such as when innocent people are killed.

An alternative to dangerous authoritarianism is to speak of the means and ends of peace with justice and the principles of non-violent conflict resolution, as in re-framing problems and expressing ways to promote democracy.

But in the conduct of Hong Kong and US police forces and in protesters’ violence against them, there has been neither context nor permission to consider multi-dimensional ways of thinking about justice. Destructive exercise of power represents what Eric Fromm called an ‘escape from freedom’ meaning that members of police forces, the citizens who support them, and the bureaucracies which facilitate their conduct gain a sense of security by giving up on the freedom to think for themselves.

The idea that employees representing state authority might reflect on the merits of what they are doing represents another world, requires another language plus values to respect democratic ideals.

In her prescient work, ‘How to Lose a Country’, the brilliant Turkish author Ece Temelkuran has warned that the western world can continue to be scathing about repressive regimes if they also acknowledge similar developments in their midst.

How to lose a country! Events in the US, Hong Kong and authoritarian trends in democratic Australia, confirm Temelkuran’s foresight. She concludes, ‘When social justice is ignored to devastating effect, that is when democracy starts to smell funny…like rotting onions.’

One comment on “Authoritarian cultures in Hong Kong, the US and Australia”