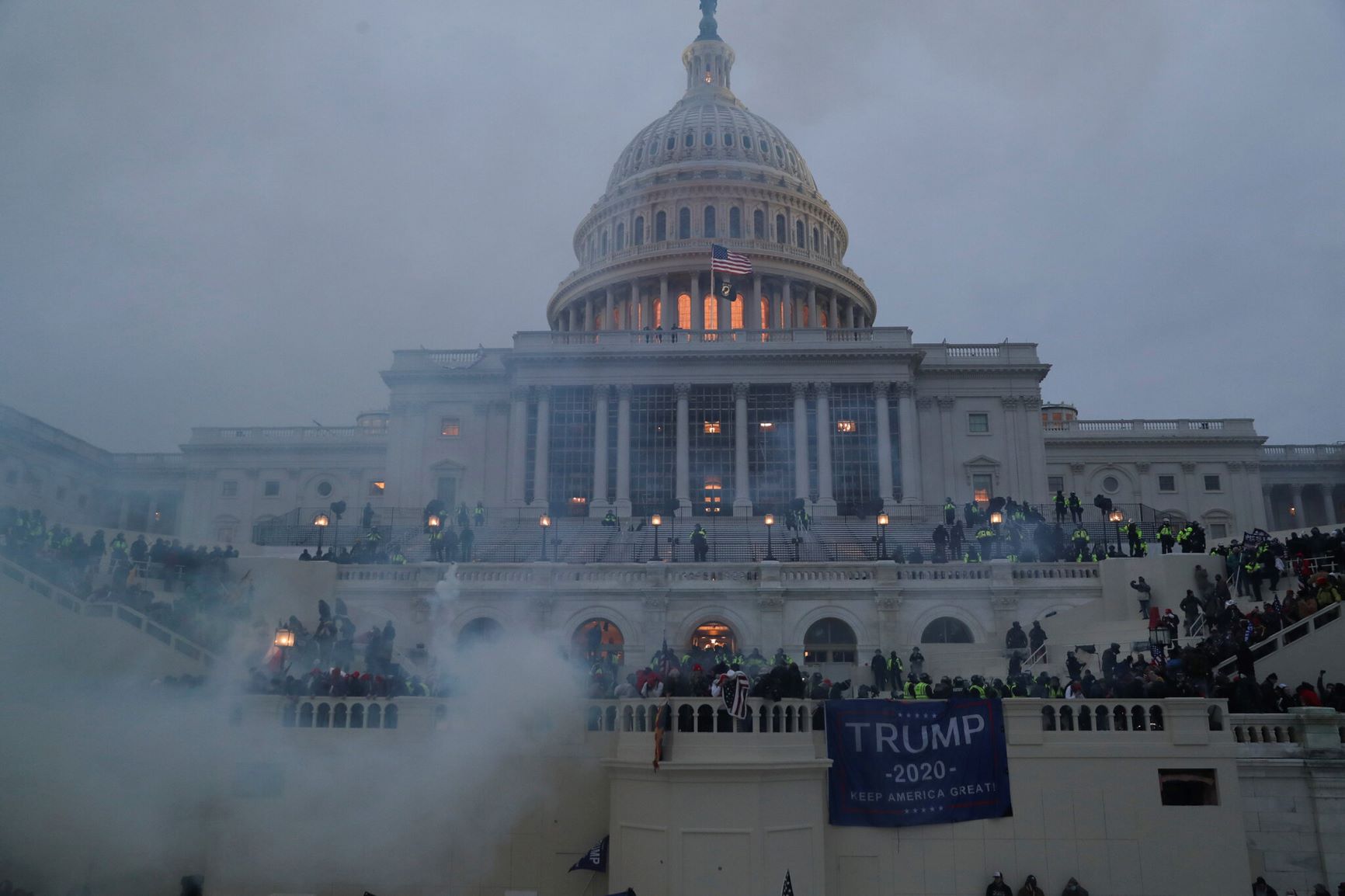 Four fault lines across US politics explain the fragility of democracy and the invasion and violence on the Capitol building. Like a thug armed with high explosives, President Trump exploited each fault line and then lit the dynamite to guarantee an explosion.

The first fault line concerns centuries of racism and consequent social and economic inequalities as addressed in efforts to seek justice through the Black Lives Matter movement. That racism has been compounded by Trump’s support of white nationalist hate groups and by official indifference to threats posed by the Trump base of well-armed far right organisations.

Police response to the invasion of the Capitol showed one rule for Afro- Americans and another for white anarchists. The armed mob which stormed the Capitol met little resistance from police and were able to leave without being arrested. By contrast, pictures of police responses to protests against racism show massive displays of armed forces in line against protesters. Commentators say that if black Americans had invaded the Capitol, there would have been a blood bath. Many would have been shot, probably fatally.

President Trump is a violent bully who thrives in a political culture which enhances violence as the way to solve problems. In geological fault terms, violent plates rub constantly against the fabric of US society. These plates are part of a second fault line easily visible in citizens possession of guns, in police forces armed with military equipment and in foreign policies built around the maintenance of massive military forces and a perpetual involvement in needless wars. Taken for granted violence is also apparent in Trump’s hurry to execute Federal prisoners before Joe Biden takes office.

Then we come to the influence of mainstream and social media on the way people think and act. Conspiracy theories have been fomented from Trump’s lies on Twitter. Strategic lies to promote his version of reality, presenting his opponents as the enemy to be opposed by any means. Even by refusing to respect the outcome of a Presidential election.

Media to feed citizen paranoia is a fault line clearly exposed ever since Trump’s press secretary said there are ‘alternative’ facts. Branches of radio, print and television have produced intolerance and division and have encouraged Trump dominance as much as the unaccountable social media. Murdoch controlled FoxNews contributes to a US world that has derided science, viewed public service with suspicion and encouraged religious fundamentalism. Misogynist, racist Trump is no Christian, but Evangelicals are part of his base, so waving a bible is a way to gain converts.

A fourth, long-lasting fault line, is buried so deep in the American psyche that it is difficult to contemplate, let alone cast it aside. Assumptions about American exceptionalism – the worlds greatest democracy, the home of liberty, the best example of capitalism success – express themselves in the words of the Trump slogan - ‘Make America Great Again’.

Myths about exceptionalism cultivated by successive Democratic and Republican administrations have concealed the need to deal with racism, with police violence and with the gun culture; let alone with the denial of health care to upwards of 40 million Americans.

Part of exceptionalism is the notion that anyone can be President. That claim exposed an ironical but dangerous absurdity with the election of Trump. His four years of lying, assisted by the cowardly failure of Republican lawmakers to speak truth to power, has built civil war-like conditions. These crafted the final act of a disastrous Presidency – thuggery and an attempted coup in Washington.