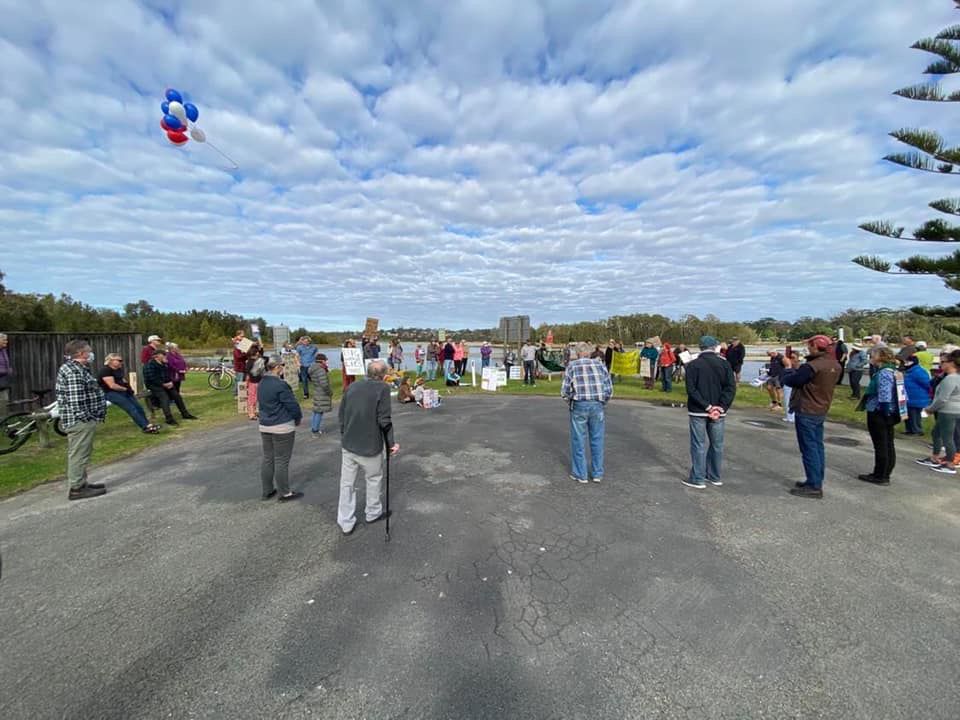 Residents of Burrill Lake have united to oppose plans to upgrade the Edgewater Motel, and are deeply concerned about the adverse impacts this 12.8-metre-high development will have on the environment, liveability, and character of their coastal village.

In June, Community Group Keep Burrill Beautiful brought together over 100 concerned residents, rallying to voice their opposition to the current plans. They state that the motel size should be scaled back with a better design, and, are in no way anti-development.

The proposed site, classed as a ‘high hazard development on flood prone land’, under Chapter G9 of the Development Control Plan states, that there should be no ‘intensification of project’, bringing higher importance to accuracy in hydraulic modelling reports, recognising with construction other properties may also be affected.

Accuracy and transparency of environmental reports on impact to coastline, coastal saltmarsh, and marine habitat have also been requested.

With plans seeing a rooftop bar operate until midnight daily, and being directly adjacent to the tourist park, concerns are of sound travelling further distances over water. Residents questioned current plans of extensions being erected over the reeds and lake, with access to the foreshore and beach being controlled by motel gates.

Developments on a large scale, such as the multi-storey Edgewater Motel, places stress on coastal village infrastructure, services, and amenities. In this instance, parking spaces of 75 are required for this proposal, but only 52 are planned. Parking is at a premium for this area for people to access the beach, tourist park, and camping areas. Another example of why this planned development is too large to suit the proposed site.

This is not the first over-development battle for Burrill Lake. In 2006, a previous Land and Environment Court case approved a 15.9m high motel in the same vicinity. This did not proceed, instead, the land was purchased by RMS for construction of the highway and bridge.

The risk of development like this, and Moona Street in Huskisson, set the precedent for similar developments being built on the foreshore of coastal villages. Tourists visit the area for its unspoilt nature – the ‘Unspoilt Shoalhaven’. All planning should endeavour to maintain this character. Better planning decisions need to start here, don’t let it be a case of regret once it’s gone.

3 comments on “Burrill Lake residents say "No!" to Over-Development”