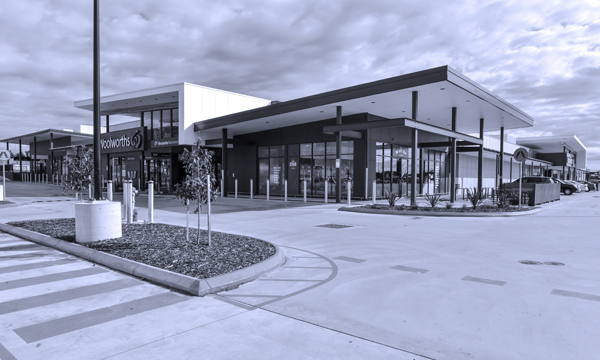 Woolies opened their Vincentia operation in December to expected fanfare. There was of course present the usual line up of local pollies. They like to bathe in the reflected glory of such openings as if somehow they were responsible for it all. As a company Woolies has not had such a good year. Their share price has plummeted. The ACCC has launched a prosecution against the Company for alleged gauging their suppliers in an attempt to reduce its half-yearly profit fall. One must wonder also at the acumen of Woolies directors in choosing to be Australia’s largest owner of poker machines with all that means in terms of potential consumer backlash.

Woolies ownership of 12,000 plus poker machines grew in part out of its love for liquor as it is the largest takeaway liquor retailer in Australia as well as the owner of 300 plus licensed pubs. Unlike tobacco, liquor and gambling are proven ‘safe’ havens in Australia in spite of the damage they cause to some people and their families. Still the left-leaning Get Up organisation has been waging an orchestrated campaign against Woolworths’ poker machine interests but perhaps the Company believes any attack on corporate Australia is bound to fail. Certainly there is no shortage of evidence to show that corporate power ‘rules’.

It is corporations above all that are the big driver of modern day capitalism. In today’s world the largest corporations have turnovers bigger than most nations. Walmart is the biggest corporation in the world and interestingly it is oil and gas corporations that occupy the next six spaces. In Australia, not surprisingly it is the big four banks that have the highest market capitalisations with Woolworths and Westfarmers also in the top ten.

Part of the power wielded by corporations in Australia is due to the fact that some of them do pay a lot of tax. There has been much written in the past year about multi-national company’s not paying their fair share of tax. This is true of course but the same can not be said for some of our local companies like Woolworths, Westfarmers and the big four banks. They are big contributors to national taxation just as they are likely to be substantial donors to the Liberal and Labor Parties. It is for these reasons that measuring their influence in the current tax debate should not be underestimated.

In the dog eat dog corporate world there is no quarter given when it comes to growth and profits. Our banks for example will not have a bar of GST being applied to currently exempt financial transactions. It is for similar reasons that banks do not want too much tinkering with superannuation tax breaks for the wealthy as managing super is a growing business for the big banks. The government may go some way in reducing the excessive tax breaks for the wealthy on super. What will be interesting to see is whether the savings are then used to lower company tax.  The banks and the other corporates that do pay tax will not mind such an outcome.

Before Prime Minister Turnbull took GST out of the tax debate the Business Council of Australia wanted it and many of its members still do. What they wanted was Premier Baird’s idea of using half of the revenue to cut company tax from 30 to 25 per cent. On this proposition former Prime Minister Paul Keating’s had this to say: “We would be taxing the people at the bottom heavily – really heavily – to cut the company tax rate from 30 to 25 per cent . A terrible proposition.”

Australia does need to raise taxes.  One fair way would be a turnover tax on the Australian revenue of multi-national corporations as most of them pay no tax or very little on their Australian operations? Sadly, there is not much future here as Australia has long since surrendered its sovereignty to global corporate might, so that no major political party would have the guts to face the multi-national’s wrath to embark on such a course.  ■