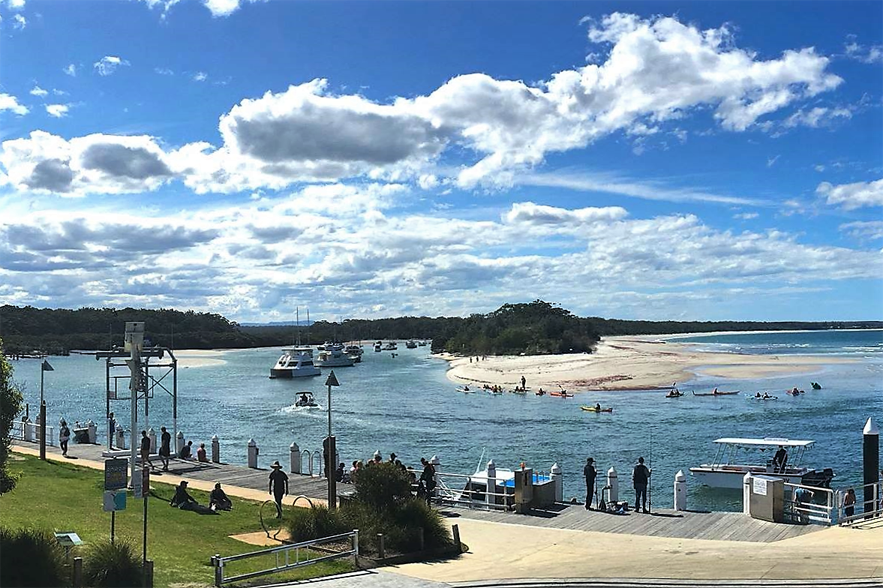 Shoalhaven City Council is very close to deciding whether or not to reclassify the famous Huskisson block as ‘community land’ and finally putting it out of reach to private developers and the threat of losing the valuable view.

It’s more than two years since the campaign began and it’s been a roller coaster of highs and lows. We’ve won a number of victories, only to discover more surprises on this big dipper ride.

Thanks to the fact that the amalgamation with Kiama Council was scrapped; the Shoalhaven went to a local election in September. Mayoral candidates Greg Watson and Amanda Findley understood the magnitude of community support for the Heart of Huskisson campaign – they had seen and read the articles, letters, petitions and emails. They know how important the Huskisson and Jervis Bay brand is to the region’s economy and they know how proactive the entire community is. They could hear the election issue echoing across the whole Shoalhaven.

Around the same time, Club Jervis Bay revealed that it had been working with an international development consortium to buy the 59 Owen Street block and erect a new multi-storey building for the Club on the Heart of Huskisson site. In return, the developers would become the new owners of the current Club site and develop it as 5-8 storeys of units and shops.

Not surprisingly the community was outraged. It seemed there had been ‘behind-the-scenes’ talks going on at council for a many months – right through the time of council’s ‘community consultation’ process and without keeping the Huskisson Business Chamber, tourism groups or residents informed. Suspicions were vindicated and the depth of betrayal was palpable. When things started getting really ugly, with alleged secret filming and the distribution of questionable election material, you could almost hear the community yelling in unison: “A plague on both your houses”.

At the inaugural meeting of council, Greg Watson brought a motion to reclassify 59 Owen Street from operational to community land. Amanda Findley seconded the motion. There was standing room only in the public area, as many people had come to see the new Councillors take their oaths, so a huge roar of applause filled the chamber when the motion was passed 10 votes to 3.

But still this wasn’t the end.

Reclassifying public land from ‘operational to community’ requires a 28-day public notification. The results of this new consultation will go back to council for another vote at the next ordinary council meeting – hopefully in December.

At the same time, the new Council was also dealing with the results of the ‘Huskisson Foreshore Masterplan’ and the 4 development scenarios that had been put to the community for public comment. Now that the prospect of selling the block to any developer had been dashed, it was revealed that none of the scenarios would be possible without the land being sold to private owners: something that was never disclosed at to the community reference group.

Councillors voted to drop all 4 scenarios and adopt ‘The Shoalhaven Development Control Plan to include relevant aspects of the Urban Design Principles and Wider Town Centre Concept Plan, but to restrict development above ground level on the (59 Owen Street) site’. Again, another big step in the right direction and a reason to celebrate.

The development consortium that still wants to buy the publicly owned block continues to lobby Council to get the reclassification vote deferred, so they can ‘win the community over’. We continue to question the sense of entitlement that the developers seem to have over the Council owned land. It’s almost as though someone has told them the community can still be persuaded – without fully informing them about the long history of the campaign: just how hard we have all been pushing to protect the priceless view and create a special, public space at the heart of Huskisson.

By the time you read this, a decision may have been made. It’s been quite a ride.  ■