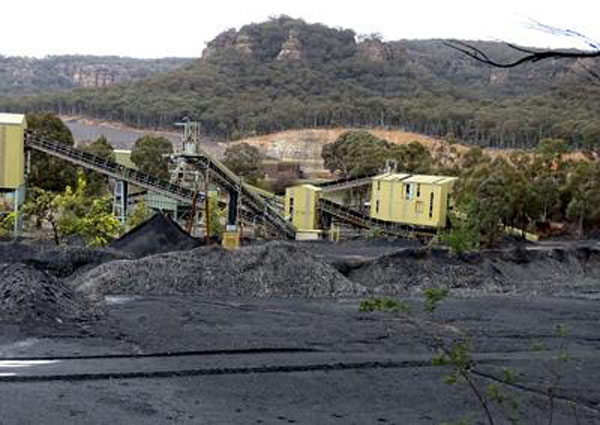 The NSW Planning & Assessment Commission has recently given permission to Castlereagh Coal, a wholly owned  subsidiary of The Manildra Group, to re-open a coal mine in The Gardens of Stone, an area of outstanding scenery in the Blue Mountains.  This decision overturns a previous decision in October 2014 when the Commission stated that the “highest and best use of the area is for conservation purposes.” The then proponent Coalpac went into receivership and its assets were snapped up by the politically well-connected Honan family, owners of The Manildra Group of companies.

The immediate benefit to Manildra appears to be that the mine will be a source of ‘nut coal’ for use in their boilers at their Bomaderry plant, a distance of over 300km away. Keith Muir, director of the Colong Foundation of Wilderness, fears the approval “is really just a foot in the door bid for a larger open cut mine in the future.”

Manildra is best known by residents for its smell. Ironically, it likes to claim the environmental high ground with its ethanol for so-called green e10 petrol. Given its expansion into coal mining, its existing flour,  meat and sugar interests, it is looking more and more an environmental pariah. Their new coal mining operation will sit in an area of towering sandstone pagodas that  have been compared to the famed monoliths found in the Budawangs. Certainly, were it not for coal mining interests, the Gardens of Stone would be part of the Blue Mountains World Heritage Area, which conservation societies have been fighting years for.

The Company  and its chairman Dick Honan are no strangers to controversy. In 2003, Alan Ramsay wrote: “…after Howard had become Prime Minister, he met Dick Honan, the ethanol man, and gave him the ultimate in old-fashioned driveway service: $30.86 million of public money in 16 months.”

By 2012-13 Manildra had received about $500 million in government rebates for ethanol production since they were introduced in 2002. Then following scathing reports from Treasury & the Auditor-General, Dick Honan threatened to shut the plant if the federal government axed the rebates in the 2014 budget.

In 2016 the entire Honan family won the Ernst & Young Family Business Award for Excellence. Perhaps, the award was given partly in recognition of data released by the Australian Taxation Office showing Manildra paid just $6.5 million in company tax on a declared income of $1,2 billion in the 2013-14 tax year.

Manildra are certainly big donors to political parties with $4.3 million given to the Liberals, Nationals and Labor since 1998 according to the Greens.

2016 was an especially big year for the Company, It was the year the NSW Government passed the Bio-fuels Amendment Bill, which mandated an expansion of the number of outlets required to sell the E10 fuel. It was hailed by Gareth Ward, Member for Kiama, as good for Manildra workers and that he had been working with Shelley Hancock, Member for the South Coast to achieve the outcome for five years.

The legislation provoked wide spread comment & criticism. The ABC’s Background Briefing broadcast a full investigation into ethanol in fuel laws on May 1, whilst the SMH’s, Sean Nicholls,  reported on an analysis that showed the ethanol mandate was costing NSW motorists more than $143 million a year and that Manildra made millions in extra profit thanks to the new rules. Industry sources estimate Manildra, which supplies approximately 96 per cent of the ethanol in NSW, makes an average 4.5c profit per litre.