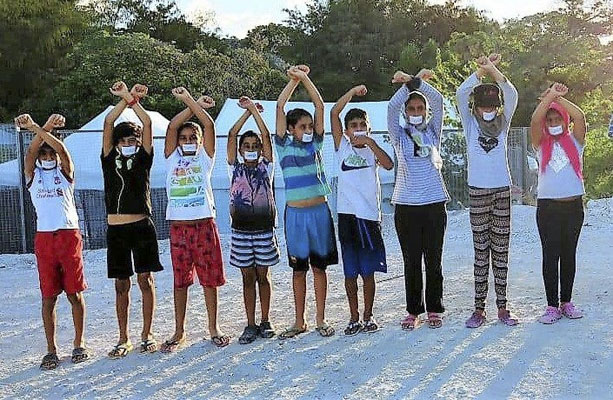 A Community Proposal Pilot was introduced in 2013 making it possible for people in the community to sponsor a refugee to Australia and obtain a visa. In July 2017, this program was replaced with the Community Support Programme, eight months later it still isn’t operating. Approved Processing Organisations for the scheme were supposed to be announced in October 2017, however all has been quiet. Existing applications have to be resubmitted, but there needs tp be APOs to do that.

Phone calls to Immigration go unanswered, the phone queue has an average of a five hour wait, email enquiries appear to be ignored. Dutton’s office has no answers.

These processes clearly need improving, or how is anyone able to apply. Australia’s humanitarian visa quotas are already a bit like a lottery with around 65,000 applications received for the limited places on offer.

Health problems, mental illness, depression and despair; how long can this be allowed this to continue.

It’s a complex situation in the world today where we have over 65 million forcefully displaced people, including over 22 million refugees, half of who are under 18, and 10 million people who are stateless. These figures make the 2070 men, women and children currently seeking asylum to Australia – currently in Australia, Manus, Nauru and Christmas Island seem rather small.

There are also roughly 14,500 refugees in Indonesia, stuck there in limbo. Indonesia is not a party to the 1951 Convention Relating to the Status of Refugees, so although the UNHCR has approved their refugee status, they have no right to work or to study in the country. Many are now being told the reality – that they may never be settled in Australia or any other country.

Australia maintains its policy of mean hearted cruelty, refusing to settle those who take the perilous journey by boat to its shores. It also continues its punishing practice of detaining refugees for an unprecedented number of years in off shore detention, contrary to International Law.

Research shows that each year more and more Australians support asylum seeker immigration (66% in 2016); and a poll in February 2017 showed 50% support for the asylum seekers on Manus and Nauru to be settled in Australia; demonstrating that the myths of ‘illegals’ are slowly but surely being busted. Interestingly enough 57% of Australians support a population of over 30million in 30 years time. But statistics alone won’t change government policy.

Human rights organisations, world leaders, the UNHCR, our own Human Rights Commissioner - all condemn conditions on both Manus and Nauru as well as the ruthless practice of indefinite detention. Protests occur weekly throughout Australia, outside MP’s offices, outside Parliament House; letters are written, calls are made, emails sent.

People are starting to speak out too. Despite laws prohibiting workers and staff disclosing conditions on Manus and Nauru, despite jail time threats, people are starting to talk - whistle blowers - and while they talk, they cry. When staff are suffering post traumatic stress disorder, by witnessing the systematic abuse, we know things are bad.

What Australian’s should be asking now is when is enough, enough? When will lies, misconceptions and half truths give way to decent humane treatment and adequate support. When will Australia see that these refugees, seeking safety, seeking peace and stability, seeking freedom, be granted a chance for a better life. When will they be given hope. When will they receive freedom?

Please phone, write and email your local MP Ann Sudmalis, Malcolm Turmbull, and Peter Dutton. Tell them enough is enough, you deplore the treatment of refugees and asylum seekers on Manus and Nauru, and that they must bring them to Australia for safe and prompt processing.