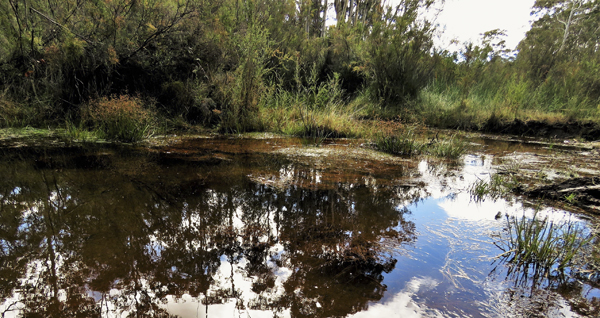 With the State Election fast approaching the Berejiklian government’s handling of its responsibilities towards nature is under review. The first point to note is that it appears that the Liberals have ceded much of the responsibility for nature to their coalition partners, the Nationals.

NSW Energy Minister, Don Harwin says: “The Federal Government is out of touch on energy and climate policy …” with NSW having an aspirational target of net zero emissions by 2050. However, its actions are at odds with its aspirations. In the last four years, many new coal mines have been approved which will have local and global impacts. Also, the Government’s planning policies make the economic significance of coal mining proposals the primary consideration, thus outranking social and environmental impacts. Approvals of concern include the massive Maules Creek mine, the restarting of the Invincible open-cut operation in the Gardens of Stone region and Wallarah 2 underground coal-mine in Wyong’s drinking water supply catchment on the Central Coast. NSW Labor generally supports expansion of coal mining, but has opposed specific projects, such as the Hume Coal Project near Berrima.

New land clearing laws, which came into effect in August 2017, permit broad-scale clearing. The law enables eight million hectares of bushland to be cleared. Paying farmers offset money for biodiversity management of bushland does not balance a vast amount of extra clearing. It’s hardly surprising that clearing west of Moree tripled to over 8,000 hectares since the new laws commenced.

Regional Forest Agreements were renewed in 2018, and signal more intense logging of native forests to make up log quotas, with stream buffers and threatened species habitat protection reduced. These agreements also introduce clear-felling for 20 years to the north-east of NSW, including the forests of the proposed Great Koala National Park. The NSW Government also amended logging rules to allow forests to be burnt for electricity.

The proposal to allow the raising of water levels in Warragamba Dam is another damaging and costly initiative of this administration. It would degrade 4,700 hectares of World Heritage and further endanger 48 threatened species which use the habitat. Amendments were made to the Water NSW Act in 2018 that nullified national park protections from artificial inundation. The new law set another dangerous precedent as a National Party water resources minister amended NSW National Parks legislation, displacing the Liberals from this vital policy area. NSW Labor has strongly opposed raising the dam wall, and this will be an election issue.

Major cuts to funding the National Parks and Wildlife Services by the Coalition has also occurred during this administration, seeing around $121 million-dollar budget cuts and lay-offs of 20% of the state’s rangers. Labor has promised to reinstate previous servicing and funding levels.
The passage of the National Party’s Heritage Horse Act in June 2018 and the approval of horse riding in wilderness further erodes protections of native flora and fauna in favour of introduced species, and sets a dangerous precedent for what is, and isn’t, allowable in national parks and wilderness areas. The Shadow Minister for the Environment, Penny Sharpe, has outlined 6 steps towards addressing the feral horse problem in Kosciuszko, which includes repeal of the Heritage Horse Act. The Opposition also opposed horse riding in wilderness when it was introduced.

Furthermore, the NSW Coalition has persistently undermined the functioning of the Murray-Darling Basin Plan. It will not acquire promised gigalitres of water for environmental flows, which would among other improvements help curb massive fish-kills. Add to this, Water NSW’s poor enforcement record of on-going water theft; are all matters, which this government needs to be brought to account. The long-lasting impacts of undermining the Basin Plan are a shameful legacy of this government’s caving into National Party demands.

On top of this, the NSW Coalition introduced new laws that make it difficult to campaign for nature. The raft of anti-protest laws, and the third-party campaigning rules found in the new Electoral Funding Act limit the ability of environment groups to hold the government accountable, raise awareness of issues and affect meaningful change.

Fortunately, we still have the ballot box to register our concerns.