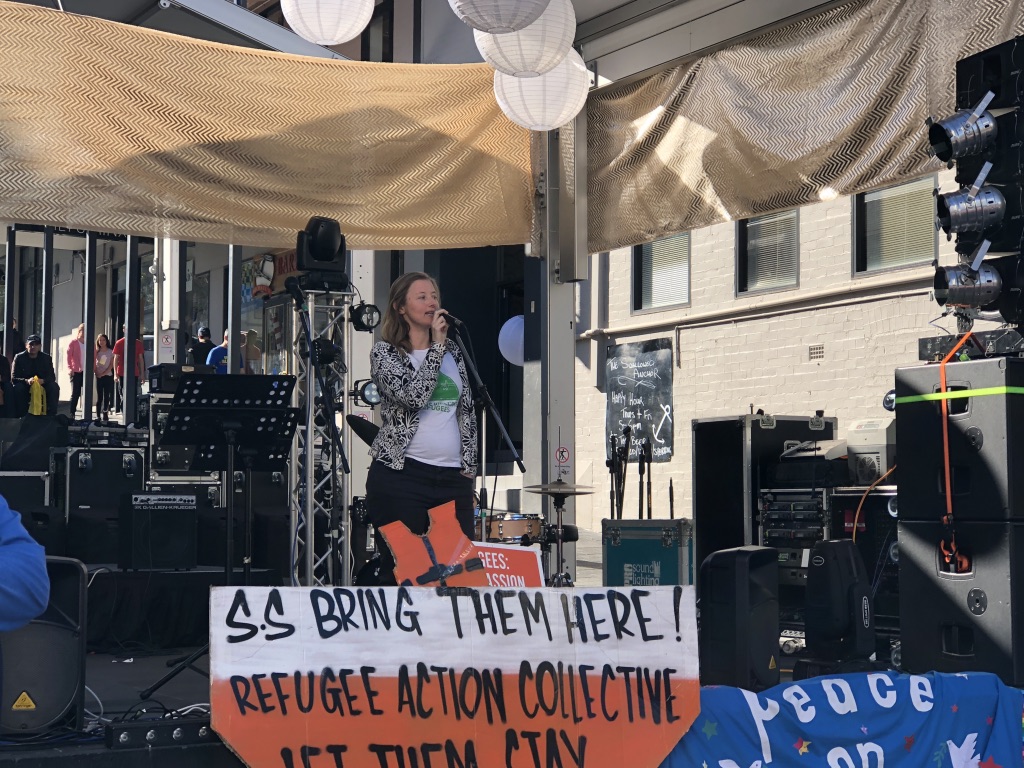 The Refugee Action Collective Illawarra (RACI) will highlight the alarming plight of asylum seekers and refugees in detention during the COVID-19 crisis and call for action, during Refugee Week 14-20 June.

Around 13,000 asylum seekers, arriving from 2012-2013 are still awaiting determination of their claims for protection.  Languishing on bridging visas, these people have been surviving on insecure work, and many have been let go from their jobs due to the economic downturn. COVID19 has precipitated a sharp decline in living conditions and prospects of support, with the Federal Government rejecting calls for temporary visa holders to receive income support. Asylum seekers are instead forced to rely on charities, which are struggling to keep up with demand, as the impacts of the pandemic stretch the already fraying limits of providing food, healthcare and rent assistance.

Around 1,200 asylum seekers are in detention with grave concerns for their safety. The facilities the Australian government forces people into are overcrowded and not equipped to deal with general medical conditions, or potentially grave respiratory illnesses brought on by COVID19. Those evacuated from Papua New Guinea and Nauru, under Medivac, do not have the ability to socially distance from each other, or the security guards in detention centers or cramped hotel rooms, used as ‘alternative places of detention’. Often, people in these facilities belong to groups at even greater risk: those with compromised immune systems and those with chronic medical conditions. The UN, refugee organisations and doctors have called for detainees to be released into community detention.

THE REFUGEE ACTION COLLECTIVE ILLAWARRA IS HOLDING TWO VIRTUAL EVENTS TO HIGHLIGHT THE NEED FOR ACTION.

Screening of Music From -Manus Five Days Not Five Years and a Q & A with singer-songwriter Dawn Barrington and Moz, a refugee currently in detention at the Mantra hotel.

In the forum speakers will outline the plight of refugees and asylum seekers under COVID19. Speakers include: prominent barrister Julian Burnside; author Mark Isaacs; human rights lawyer Alison Battisson; and a representative of the National Refugee Led Advisory and Advocacy Group.

RACI is able to provide the media with forum speakers and other experts who can discuss these issues including Frances Rush CEO of the Asylum Seekers Center Sydney.

#Justice for refugees #No one left behind