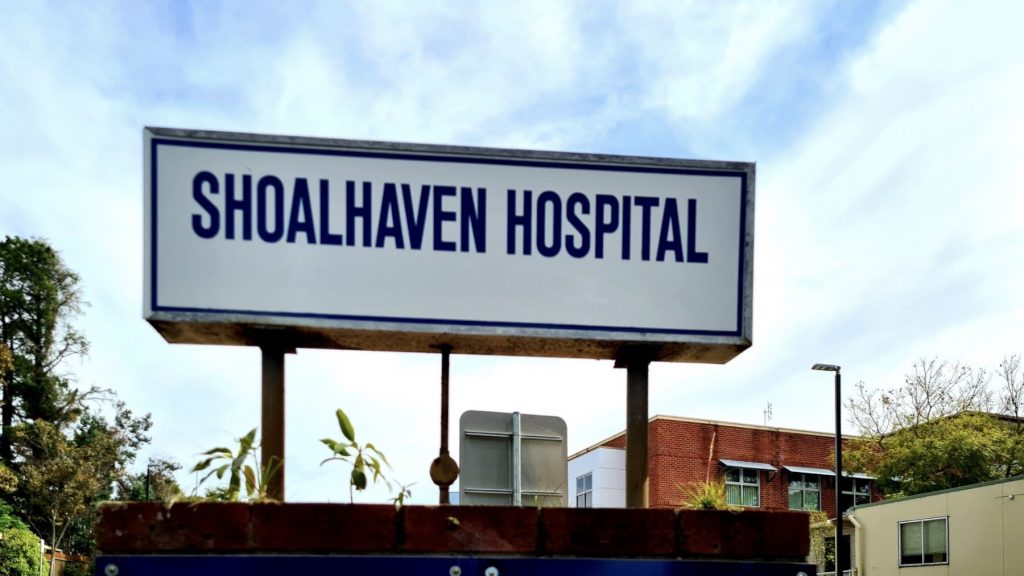 Shoalhaven City Council has again denied Shoalhaven resident's the opportunity of a first-class greenfield hospital in a location more suited to current population growth; and the chance to rectify numerous issues residents currently face in Nowra.

The state government recently announced a similar greenfield concept with the new Tweed Valley Hospital development; much larger than the one proposed in Nowra. With the Tweed complex costing a little over $550 million and $434 million already pledged for upgrades on the current Shoalhaven site, a new, smaller hospital would be relatively similar in price.

When the current Shoalhaven Hospital was constructed back in 1919, no one could have predicted how large the township of Nowra would become, nor which direction the urban spread would take. The hospital is no longer centrally located, the town is congested, and access for emergency vehicles hindered by traffic. Parking continues to be an issue with narrow urban roads still sized to the once small village of Nowra.

Following the Nowra Bridge construction, Scenic Drive will be closed, a back route often utilised by emergency vehicles for expeditated access to the hospital. I did contact contractor Fulton Hogan asking if this had been taken into account during planning but received no comment.

Traffic lights at the intersection of Bridge Road and Hyam Street could also be a possibility, with Council yet to make decisions on local traffic changes to be implemented for the new bridge.

Shoalhaven Council is discussing the increasing pressure on parking around the hospital area, with Traffic for NSW and Fulton Hogan contributing to discussions. Residents are frustrated continuously by parking and traffic issues; have to walk long distances and are often late to appointments. Ironically the new car parking facility quite often sits half-empty whilst some roads are reduced to a single lane with parked cars lining the streets on either side.

Nowra Park, on the corner of North and Shoalhaven Streets, has much to offer now and in the future. The park would support recreational activity and endless opportunities if the old hospital were to become, say, a centralised medical hub with combined services, a drug and alcohol rehabilitation facility or affordable housing opportunities.

Recreational areas and green spaces are vital to the local community and, with an upgrade would bring a relaxing, family atmosphere. Nowra has growing concern over affordable housing and increasing demand on health services, and multi-use community areas would beneficially support both these concepts.

A leaked memo by the CEO of Illawarra Shoalhaven Local Health District, Margot Mains, exposed interim in-principle support by Shoalhaven City Council for the acquisition of Nowra Park as part of the hospital redevelopment.

Residents have slowly seen the size of Nowra Park dwindle, with previous developments such as the pre-school, helipad, cancer centre, Grand Pacific Health centre and most recently, the $11.8 million car park extension.

Air-Traffic and associated noise pollution are also on the rise, raising another barrel load of health and mental health issues for those in the area.

Nowra park is also home to a blackbutt tree (Eucalyptus pilularis) 400 years in age, boasting a massive 7.8m circumference, height of 30 metres and width of 45 metres. In 2011, community spokesperson Bill Hancock, had the tree registered on the National Register of Big Trees.

The land is far from an empty resource with Saint Michaels School accessing the park weekly on Fridays for school sports. Local families play both on the equipment and in the greens spaces and love exploring around the landmark Blackbutt tree.

This area also has cultural and historical significance. The three bark scars on the blackbutt tree are confirmed to be that of local Indigenous people, who removed the bark for constructing canoes. While I can only imagine what river life along the Shoalhaven was like back then, the stories, traditions and meaning can still be felt in the air.

There is settler history related to Nowra Park too. The first Shoalhaven Agricultural Society show was held on the site in 1878; and if you're a cricket fan, Dave Gregory, who captained the first Australian international cricket team, played in the first cricket game ever played on the ground back in 1883.

Once redeveloped, the current hospital would reach above the height of tree canopies, and concern has been voiced over the effect that would have on the Shoalhaven riverfront. The riverfront is one of the region's most valuable assets, and industrial complexes have already been constructed along its banks.

Political stoushes over this issue are continuing. State Member for Kiama, Gareth Ward, and several right-leaning Shoalhaven Councillors oppose a new hospital, whilst Councillor Nina Digiglio, a medical professional herself, has led the charge for a new site. Labor's Annette Alldrick, despite supporting the concept of a new hospital, voted against a greenfield site, concerned about completion timeframes if a new hospital was chosen over current upgrade plans. Councillor Digiglio's proposal has the backing of Greens Councillors.

Kiama state MP, Gareth Ward opposes the idea of a new greenfield hospital calling the notion 'ridiculous'. He has remained firm on his stance on the upgrade of the current Shoalhaven Hospital and believes that the hospital should stay near main population centres and that the new bridge would ease traffic congestion.

Councillor Digiglio disagrees with Mr Ward arguing for a more regional based, centralised positioning, ensuring equitable access for more residents. She claims a new location would bring a better hospital offering more essential services, beds and improved accessibility. Band-Aid fixes do not work, she says, and hospital improvements should be done once and done right.

It is unlikely the state will allocate another $500,000 for more 'fix-up's' in five to ten years when access again puts lives at risk. A new greenfield hospital ticks all the boxes, now and into the future, and is the right action to undertake in planning for anticipated growth in the region.

Research shows best-practice future mapping should allow for 80 per cent of the population to live within a 20-minute drive, or a 20-kilometre radius, of a hospital, with the Emergency Medicine Journal stating mortality rates for people living less than 10km away from a hospital, is decidedly lower than those between 10-20km, and further than 20km.

The Shoalhaven has long been identified as a stroke and heart disease hotspot due to its aging population, making accessibility to a hospital with a neurological specialist and an MRI vital to recovery rates. Shoalhaven currently possesses neither, and the closest hospital for these patients is in Wollongong.

Shoalhaven Mayor Amanda Findley has shown full support for a new greenfield site hospital, believing it would 'futureproof' the Shoalhaven for the next 50 years and better suit the region's population spread. Nowra Park would remain preserved, and better use made of the current hospital.

A suggested location for a new hospital complex was the corners of Princes Highway, BTU and Forest Road, with the old hospital remaining open and functional if a new complex was constructed.

The greenfield proposal has so many positive benefits, providing solutions to multiple resident concerns; it is hard to find reasons to dismiss it. An upgrade is a band-aid fix and won't deliver the range of services needed to take the Shoalhaven into the future. The community will for a best-practice hospital is strong.

A petition is currently open, supporting the call for a new greenfield style hospital in the Shoalhaven. Community opinion is very influential in helping to achieve change and better outcomes for all residents. Those supporting the new hospital and opposing a band-aid fix-up to the existing hospital can sign the petition here.