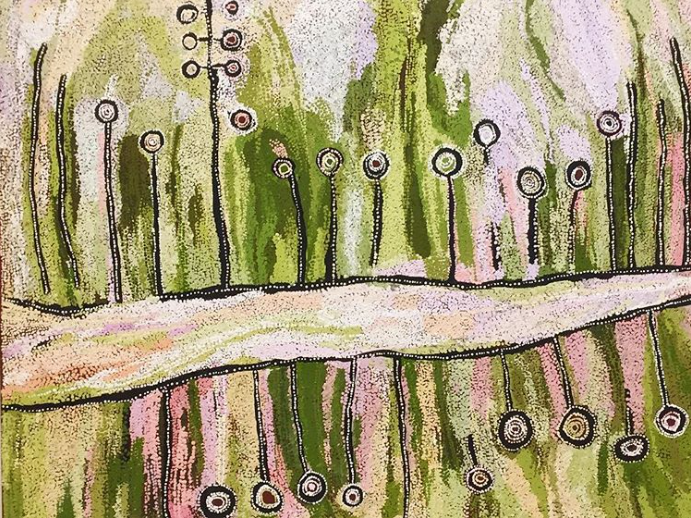 Healthy, sustainable societies attend to their survival and enrich themselves with the flourish of community and arts and adventure and fun and culture and love. They keep an eye on the critical matter of survival whilst being creative in their surroundings. They don’t sacrifice beauty and creativity for a hand-to-mouth existence.

Healthy societies also ensure it is communities not just individuals that have opportunities to thrive. The flourishing of the individual is connected with the flourishing and long-term survival of the community.

In our modern, Western, ‘civilized’ model of society, individual gain is maximized and community survival is taken for granted. Indeed, a focus on survival is seen as backward thinking, narrow and mundane. Primitive, even. As if ‘civilized societies’ are beyond such concerns.

Those who draw attention to it are dismissed as irrelevant spoil-sports. As people who need to ‘get a life’. And any evidence presented on the urgent need to make significant structural and personal change to ensure survival is deemed frightening, so it is ignored or ridiculed or mocked. It is covered up.

‘Winning’ in this flourish-focused culture is the goal. It’s ego-driven, self-focused and short term.  ‘Success’ in this model results in the destruction of water catchments, the removal of rainforests, the acidification of oceans, the disappearance of ice-caps, and the loss of millions of species.

But survival and flourish do not have to be mutually exclusive. One can enhance the other; the need for long term survival can act as a background to imagination. Who said communities can’t live forever and have fun at the same time?

Indigenous communities in Australia and elsewhere understood the long-term to-and-fro of survival and flourish. They knew deeply that one goes with the other, that they enrich each other.

Ancient societies celebrated those things that brought life: the sun, the water, the soils, the cycle of seasons, the forests. These were truly sacred. These societies knew where their next meal was coming from!  And they celebrated human connection to the plants and animals and lands and oceans around them. Indeed, they held these things within themselves.

Indigenous communities flourished in heart and ritual and law and art and action whilst keeping survival central.  Kinship and totem practices were integral to that protection and survival, and Aboriginal societies have embedded these practices into everyday living.

When we lose sight of survival, we foul our own nests. We lose connection with the natural processes that provide us with clean water, clean air and healthy soils. Strangely, people and policies in our modern world maintain the quality of human-made items (e.g. cars) and infrastructure (e.g. roads) but assume that natural processes will continue without maintenance and protection. Our modern Western society assumes Survival and focuses entirely on Flourishing.

But history is replete with examples of ‘civilisations’ that forgot to protect those things that enabled them to survive, and just as collapsing stars become black holes, those societies disappeared. On our behalf (or not), our governments today continue to fail miserably at protecting the planet that keeps us and everything else alive.

“The world has failed to meet a single target to stem the destruction of wildlife and life-sustaining ecosystems in the last decade, according to a devastating new report from the UN on the state of nature. From tackling pollution to protecting coral reefs, the international community did not fully achieve any of the 20 Aichi biodiversity targets agreed in Japan in 2010 to slow the loss of the natural world. It is the second consecutive decade that governments have failed to meet targets.”

David Attenborough makes a plea in his new pull-no-punches documentary, A Life on Our Planet. He says, “We have to learn to live with nature, rather than against it.”

“Everything is joined up, from a single pond to a whole tropical rainforest” says Kathy Willis, professor of biodiversity at the University of Oxford. “We tend to think we are somehow outside of that system. But we are part of it; and totally reliant upon on it”. The film goes on to explain the impacts of biodiversity loss on our soil functioning, the role of insects in pollinating our crops, and how losing trees and wetlands can contribute to landslides and floods.”

John Ehrenfeld, a research scholar, the executive director of the International Society for Industrial Ecology, and the first recipient of a Lifetime Achievement Award from the World Resources Institute, defined sustainability in his book, Sustainability by Design, as “the possibility that human and other life will flourish on the planet forever”.

So, what would a surviving and thriving society look like?

For starters, it would be living with nature not against it 🙂 For seconds…I’d welcome your responses. They can be the focus of a follow-up article.