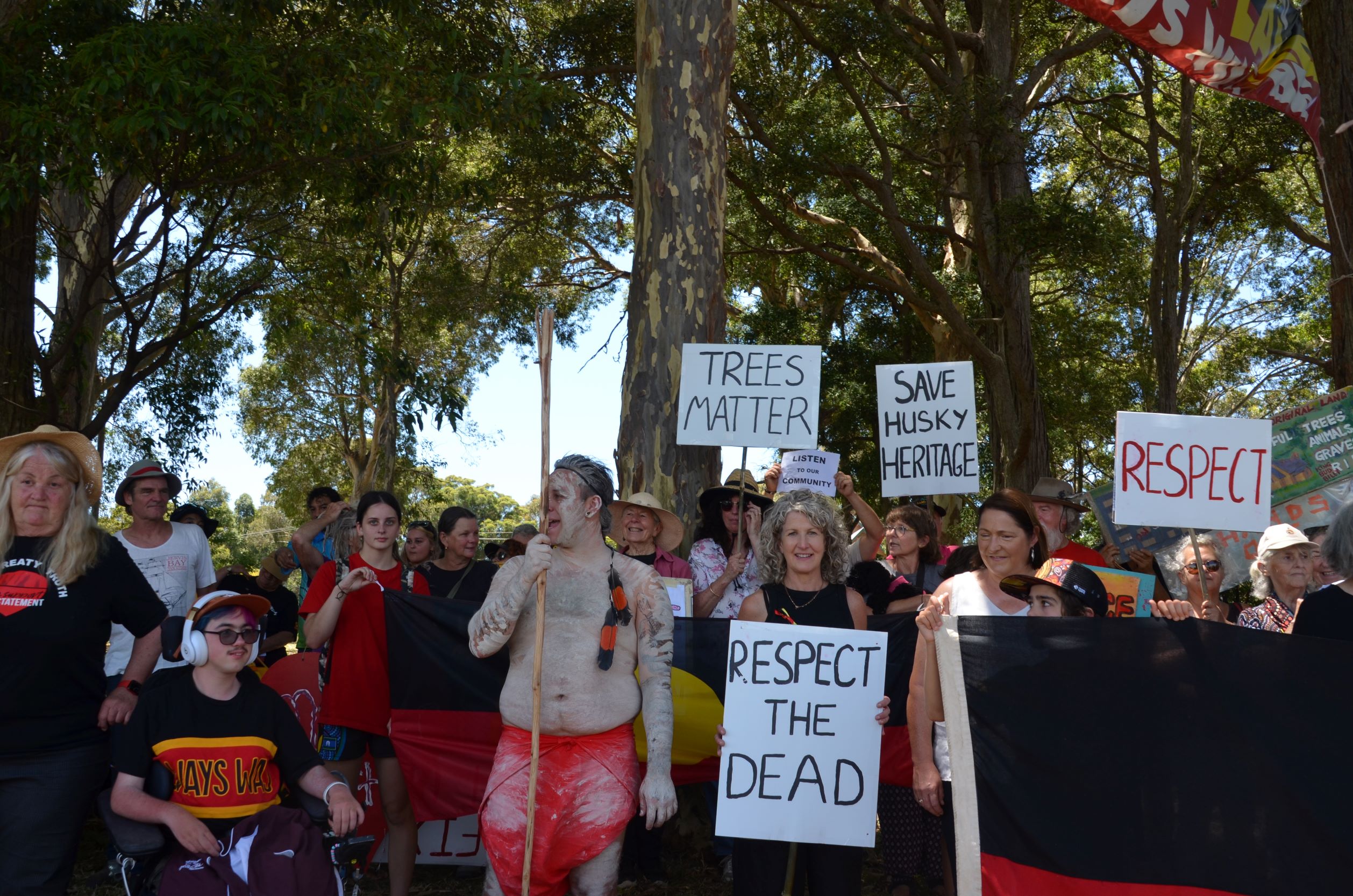 Roger Hart presented his poem The Village Green at Sunday's peaceful protest in Huskisson asking for respect for the sacred site from economic greed by developers. The protest was organised by our local Aboriginal Jerrinja community and supported by many.