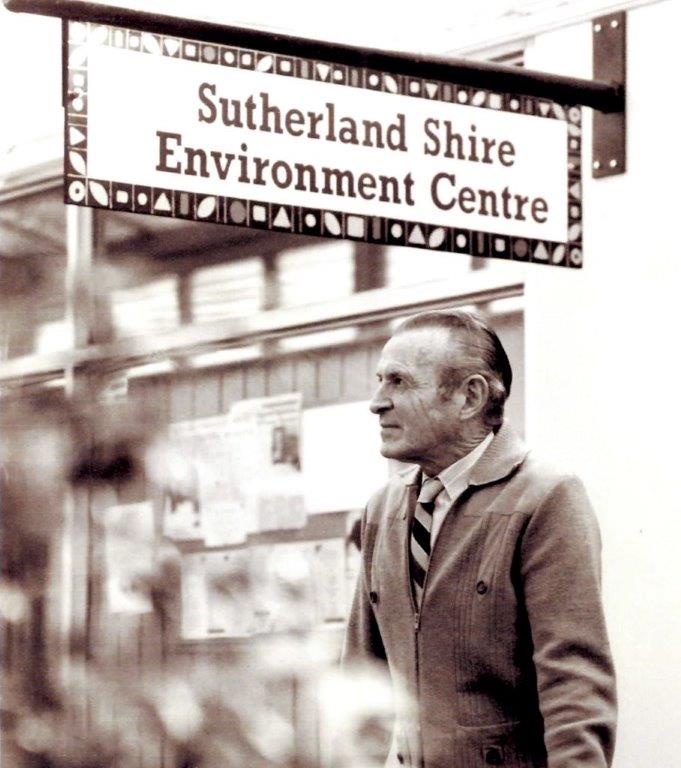 Writing to Change the World, the first and second prize from the 2019 RDWalshe Writing for the Environment Competition

The View from Merewether Surfhouse

Samuel removed his socks and shoes before he stepped onto the sand. When was the last time his feet had been in open air? He shivered at the sand’s coolness. It would have been about three months ago, the last time he was on this beach with Eloise. A strong northerly wind blew as they walked the shore. He walked on her left, ocean-side, so he could feel the small waves that crept onto the shore slide over the top of his feet. He was careful not to wet the rolled-up cuffs of his pants. It was May and they were both rugged-up, in knits and jackets. Samuel had flown up from Melbourne to Newcastle for the weekend, and that weekend had coincided with the 2019 Federal election. He was grateful to be in Eloise’s presence on the morning after the result was announced.

Every morning at 7 a.m. Eloise walked from her rented apartment in Cooks Hill to the end of Bar Beach, in the sweet-spot after her first coffee and before breakfast. Crashing on her living-room couch, Samuel had woken up early to ask if he could join her on her walk. She’d said yes, but warned him that an extra part of her morning ritual was to pick up trash that had found its way to the ocean’s shores.

‘Sure, the polls were predicting a landslide Labor victory...’ Eloise said, pausing to pick up a coke-can and stuff it in a large canvas bag. ‘But you shouldn’t listen to the polls, you should listen to people.’

‘We weren’t listening to Queensland’ Samuel sighed. He helped to lift a rock with a torn IGA plastic bag stuffed under it, for Eloise to collect.

‘Exactly. We’re in bubbles, you more-so than me, I can’t even imagine the Melbourne echo-chamber. You start to think everyone must feel as deeply about the environment as you do, and then we’re shocked to learn that people could have anything else on their mind. I’m not sure what the post-election atmosphere will be like here. Newcastle’s a contradictory place, it’s an art-centric, student-run town, with nature reserves and perfect beaches, but it’s also one of the largest coal exporting ports in the world.’

Samuel turned from her and stepped into the shallow water, leaning down to splash his face with sea water. He did this three times over, each time feeling more soothed, more composed. Eloise joined Samuel in the shallows, and he linked his arm through hers. Way out to sea Samuel could narrowly make out white sails. A small sailing boat was taking advantage of the wind, heading north to warmer waters.

He gestured toward it. ‘What do you say El? Can we pack it all in and sail away together? Please?’

She untangled her arm from his and moved to continue walking. ‘No’, she said, looking back at him. ‘We have to stay. We have to make things better where we are. No sailing away, no moving to New Zealand. We cannot give up.’

He ambled behind her while she strolled confidently ahead, each equally inclined to suddenly become engrossed in their own anxious thoughts. He relished this about their friendship, that they could be alone, together. Their shared tendency to overthink, to question everything, was the reason they had become close allies back in high-school.

Further down the beach Eloise spotted three discarded beer bottles and startled a seagull as she darted to collect them. Samuel smiled to himself, knowing she did this every day, not needing to be asked to do it, nor encouraged. It was just instinctual to her. As she picked up one of the bottles, brown liquid slipped from the bottle’s mouth onto her jeans, but she didn’t seem to notice.

As they neared the Merewether end of the beach, Samuel realised Eloise hadn’t said a word in over ten minutes. He wondered if her usual morning beach clean-up wasn’t always this frantic, this urgent. He thought about how much she had put into weeks leading up to the election, campaigning for the Greens and fighting with her parents – who ran a florist in town and had been voting Liberal since before she was born. He had not looked at her closely enough, under her brave facade, she was shattered. Her eyes were dewy and downward cast.

Samuel wanted to break the silence. Eloise was now clutching a full bag of trash in her left arm, and trying to fold a broken abandoned camping chair with her free hand.

‘Please let me carry some of that’, he said gently.

‘No Sam, we need your arms for the trash we missed, for the stuff we find on the walk back.’

He stepped towards her and kissed the top of her head. Her surprise allowed him to take the rubbish from her slackened grip.

‘Let’s go up to the Surfhouse first – I will buy us breakfast.’ He nudged her foot with his. ‘We’re going to need strength for the revolution.’

‘That actually sounds really nice.’ Eloise smiled for the first time that morning and together they walked toward the stairs of the cafe.

They placed their rubbish on the edge of Merewether Surfhouse and were met with sympathetic smiles from the staff. Eloise picked a table lit up by the morning sun and a spritely teenage waitress took their coffee orders.

Being with Eloise on this morning, Samuel didn’t feel defeated, he felt energised.

We Could Start a Riot

A procession of yellow caps bob past the window. Chirpy voices and flushed faces. School kids teem through the city, weaving past cars and business suits and clacking high heels. People that are greyed and numbed and text text texting. The children wield hand painted cardboard signs.  There is no Planet B.  Time to panic. Our future, our voices.

I feign interest in the exposed brick wall. I feel unsettled and the culprit isn’t the triple shot almond latte. There is a nagging and a chipping. Something about them has made me pause. I notice others around me feel it to. They shift uncomfortably, punctuate dialogue that is words and nothing more with false laughter. I can’t quite explain why this scene is so distinctly unpalatable. I feel guilty. I suppose there’s nothing preventing us from doing the same. We could start a riot, if we wanted to. We could march all the way to Canberra and bring the country to a standstill. Fence off the pollies and set fire to Parliament House. We won’t though. We don’t.

On the café wall there is a grey photograph of waves smashing onto the base of a cliff. Who decorates these hipster joints? I suppose someone appealing to people like me. Admittedly, gazing at it I am transported. The only thing I miss about moving here is the coast.

The sea has always been my constant. My childhood was spent dancing with the waves. Curling my toes beneath warm sand and succumbing to the lullaby of the swell. Digging holes to China in a bucket hat, my play pen framed with coastal banksias, pines and a burning sun. When it was a scorcher, the gravelly cement softened my thongs until they became malleable. There was always a blonde woman with a straw hat, sun battered face, unhealthy kind of wrinkled tan. She sold steaming corn with butter and salt in a white cart on the promenade. Time passed and the spades and sandcastles turned to goon sacks and punching cones in the skate park. First kisses, first time sneaking out. Wagging school on particularly glorious days to eat potato scallops wrapped up in greasy butcher’s paper. That special spot atop the cliffs where I went whenever I felt sad to read. The countless tears spilt into the salt water. The sea a backdrop, always. Apparently you don’t realise what you have until you’re separated by the Hume Highway.

Last week a part of me stopped. For a second, at least. The paper read that they’re planning to drill for oil in the Great Australian Bight. A spill would seep all the way up the east coast, past Surfer’s Paradise and beyond. Gasping fish, grey coral, gulls with wings too heavy to fly. I saw the sands from the Gong to Cronulla a glittering black. I saw them and swallowed my fears with a lungful of grit. I squeezed my eyes so tightly, I forgot. It’s easy to make excuses. Numb yourself with daily life and lose sight of the larger picture.

‘Kids should be playing, not getting involved in politics they don’t even understand’, the barista says to me.

And with that something moves. My thoughts are spinning. Into rivers and oceans and off the end of the horizon. Where exactly will they play? We’ve picked the bones of the earth clean and left behind a skeleton. One day all the beasts and creatures of the earth will be run to the ground and the seas will part to reveal a garbage wasteland.  The fish that wash up on the shore already have plastic bags for lungs. The kids don’t have the luxury to stick their heads in the sand, not like we are. Where will they play when the lands are inundated in salt and the creek beds are barren and shriveled? When it’s so hot that bats are dropping from the sky and the waters are evaporating. Too little is being done too late and the gravity of the situation isn’t sinking in.  Those that succeed me may never get to spend afternoons in pursuit of soldier crabs. Even in this city, I wake to the sound of kookaburras laughing and packs of galahs destroying the lawn. Will my children’s children have that? I don’t know who I’d be without the expanse of the Pacific always be my side and within me. My eyes prickle, I feel an abrupt sadness.

It has always been there, pushed down in the depths of my gullet. It has always been there waiting for its moment in the sun and if not now, when? If not now, when? When? If the earth could speak, she wouldn’t. She’d shriek. Carved and halved, suffocated and devastated. I hear the pleas of the earth, the ocean and this time, I respond. I ignore the barista and join the parade of people that curls up Elizabeth Street.

We are there in our thousands; all ages, all demographics. Surrounded by them, I cannot help but feel hope. The situation is dire but it isn’t too late, not yet. The generations of the future are rising up with their hands on their hips. The kids are alright and they have brought us here. Parents and grandparents and aunties and friends and neighbors. People like me who have allowed themselves to stop.

Across the globe, the streets are filled with laughter. The future is bright and it is joyous. Their image, our image, is broadcast on televisions, printed on newspapers, announced on the radios, tweeted and retweeted, shared and hash tagged. No one is doing anything, so it falls to them. It falls to them when it should have fallen to us, all this time.

When I see the photographs, I smile. Dotted throughout the undulating colour there are pinpricks of grey. Little grey threads of people, like myself, sewn into a blue horizon.

2 comments on “Writing to Change the World, the first and second prize from the 2019 RDWalshe Writing for the Environment Competition”