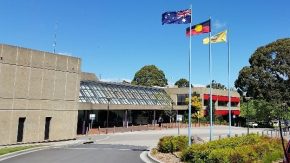 The Shoalhaven Greens were incorrectly blamed, in a motion put up at a Council’s Strategy and Assets Committee Meeting, 21st July, by Councillor Mitchell Pakes, accusing the local Greens group of encouraging boycotting of Shoalhaven businesses.

M. Cox, Kangaroo Valley (SCR Letters, July 28, 2020) described the lack of evidence perfectly. This begs the question: How did the General Manager allow the motion to be put on the agenda?

Requests by Greens councillors, in the meeting, for the accuser to prove the authenticity of the text message and show they had the author’s permission to use it, were ignored.

Some political parties think they are born to rule, and this is fully visible via the disgraceful and disrespectful behaviour regularly seen in the Shoalhaven City Council Chamber.  It would not be acceptable in any workplace, let alone in one which should be exemplary to the community it represents.

No councillors, should be treated with such disrespect by other councillors.  This kind of behaviour demonstrates that your arguments or ideas are not going to win on their merits.

I, as a member of Shoalhaven Greens, feel defamed and vilified by the motion which was allowed to be put in the chamber of Shoalhaven City Council (SCC), and it was clearly a political attack on our Greens councillors, and especially against Amanda Findley, our mayor, who has shown great fortitude and leadership through recent times of great challenges.

Wollongong City Council can work co-operatively and produce good results without descending into partisan opposition (best exemplified by the two motions on the Uluru Statement) – why can’t SCC?

5 comments on “Calling out councillor behaviour”