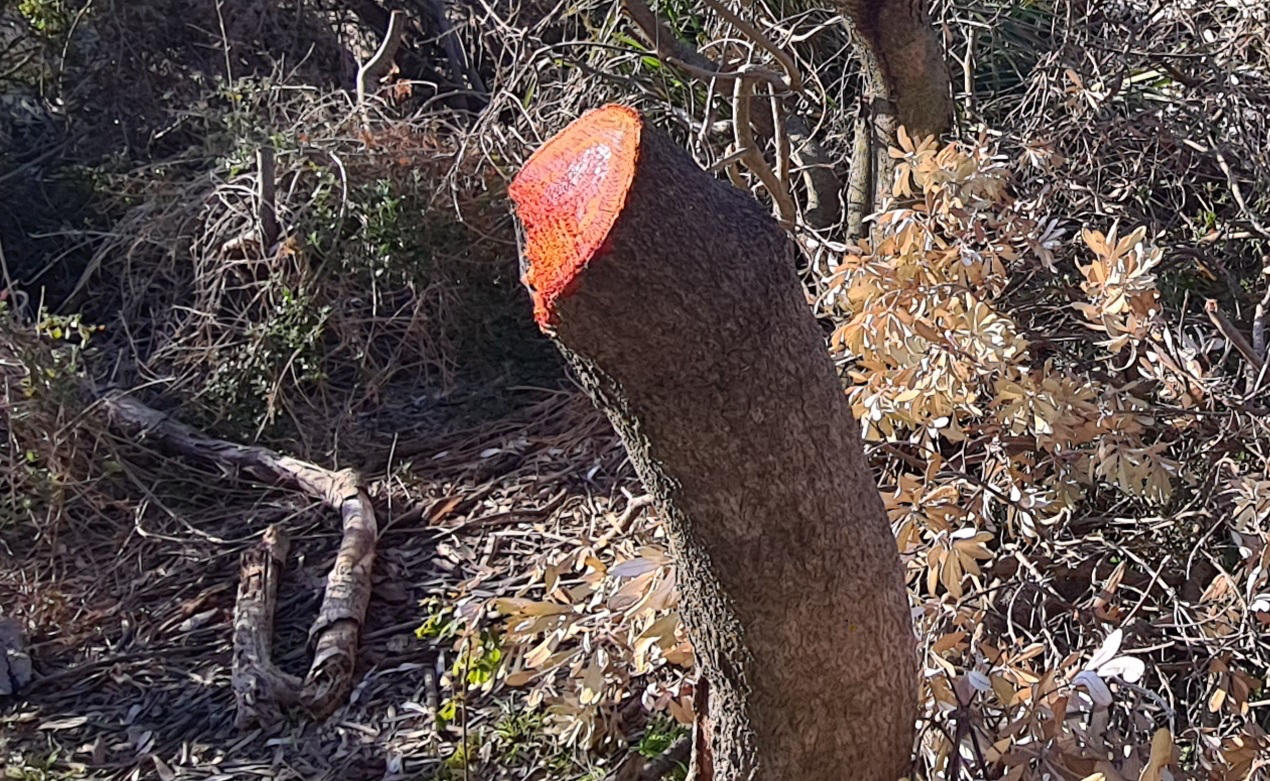 Banksia Trees – vital for dune management, erosion control, ecosystems, and habitat to the symbol of Nowra the black cockatoo – are frequently subject to vandalism and controversy within the Shoalhaven.

Vincentia's Collingwood Beach has seen a spree of vandalism events. The community was shocked when several Banksia trees died from poisoning in November 2017. A small number of residents then rallied for the removal of Banksias along Collingwood Beach stating they were unnecessary, introduced to the region by Council and obstructed views.

A year later, the culprits destroyed another 30 mature foreshore Banksias, and, in a separate location, two eighty-year-old Banksias were poisoned, with holes drilled and weed killer injected into the trunks.

Culburra Beach sees the latest vandalism attack against the Banksia, with a massive number of mature trees (some said to be fifty years old) butchered and left to die, some visible, others hidden deliberately from view. The carnage was discovered on the 7th of September, by Council employees, during weed clearing and maintenance.

Council acted quickly erecting signs at the site on Allerton Avenue in an attempt to seek community information on the alleged vandalism. Brochures have also been distributed within the area. If Council investigations, currently in progress, identify a perpetrator, they can be fined up to $3000 for every tree damaged. Council may even consider taking matters to court.

I went to Culburra Beach to see for myself the damage, with fellow environmental advocates, Kim Stephenson and Jill Trotter. Photos do no justice in showing the devastation you walk into. It is overwhelming, a mixture of churning in the stomach, pain in the heart and tear in the eye. The attack was vicious and deliberate; on a scale not seen before. You see the broken limbs weep, and we ask each other, are they crying and feeling the same pain we feel?

We found a recently used campfire with non-Banksia wood at the scene, stolen Bushcare seedling stakes being used for kindling, accompanied by cooking utensils and rubbish. Some trees were marked with orange rope. We left with more questions than answers, with the continual signs of blatant disrespect to both environment and wildlife clearly evident.

Numerous residents have expressed anger over this latest vandalism attack, with the Jerrinja people expressing their disappointment and frustration. Trees have Indigenous significance and are a connection to spirit and country. Culburra residents believe the "disgusting" act was not performed by a local, because of the love they share of their town.

With Banksias playing such an important role, one can hope Council will be ruthless with anyone performing vandalism of this degree and punish them accordingly. It won't fix the damage already caused but might detract from future events of environmental vandalism.

If you have any information that could assist Council in their investigations and lead to a conviction, even if you remain anonymous, phone 44293111 – even the smallest of details could matter. MAP