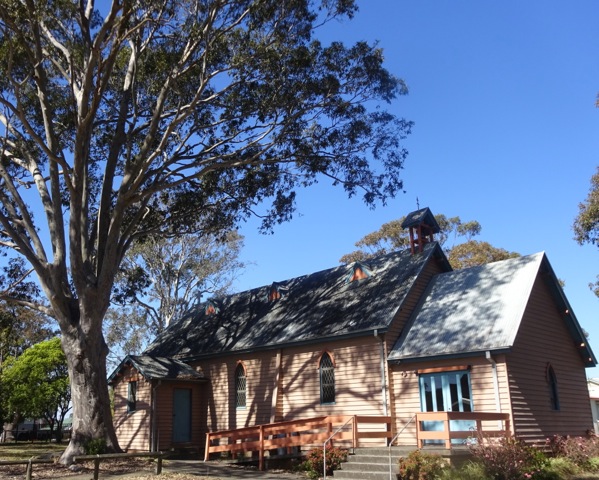 Deserve Heritage Listing? No doubt about it!

Visitors and Community members have been battling the Anglican Diocese of Sydney who want to sell the Huskisson Anglican Church.

The Save Husky Church group was formed as soon as de-consecration of the church became known.  @savehuskychurch, (concerned locals),  submitted a request for an Interim Heritage Order to the NSW Heritage Office. The request included the Cyril Blacket designed church, the grounds in which it stands, including the trees planted in an anniversary celebration by parishioners in 1938 and the graves known to be on site. The graves were originally noted as numbering 7, but the numbers keep growing. Only 11% of the site has been tested with deep penetrating radar.

Note: On the of 7th November, the NSW Heritage Council resolved to recommend to the Minister for Heritage, the Hon. Gabrielle Upton, “that an interim heritage order be placed on the site.”