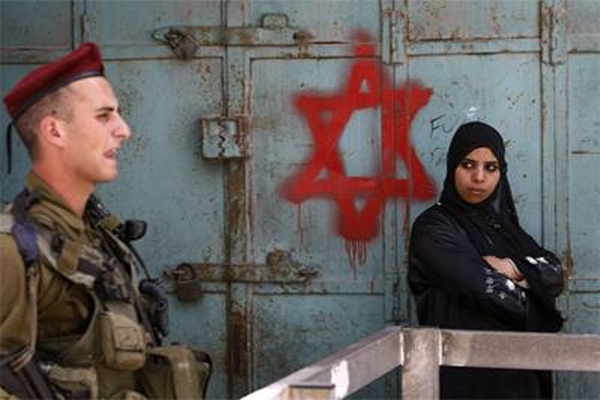 Anti-Semitism is on the rise across Europe and the United States. So too are accusations of anti-Semitism as a means of stifling any criticism of Israeli policies towards Palestinians. As with any racially motivated prejudice, anti-Semitism is completely unjustifiable.  So too are the attempts by governments and by the managers of major institutions to not tolerate strong criticism of Israeli government policies towards Palestinians.

In a recent edition of the New York Review of Books, Katherine Franke describes a purge of critics of Israel on American campuses. She maintains that ‘not since the McCarthy anti-Communist purges have we seen such an aggressive effort to censor teaching and learning on topics that the government disfavors’.

No Australian government has stooped this low, but championing Palestinian rights on university campuses, or calling Israel a racist, apartheid state, raises questions about healthy debate and freedom of speech. Cases in point concern Marc Lamont Hill, a Professor of Media Studies at Temple University in Philadelphia, and Dr. Tim Anderson, a political economist from Sydney University.

Both academics risk being dismissed for speaking of the rights of Palestinians and for criticizing  Israel’s policies of military domination of Palestinian people, the dispossession of their homes and lands. The nature of Lamont Hill and Anderson’s criticism is important but more so is the anxiety of authorities to appear to support Israel, and to avoid appearing to support Palestine.

On university campuses, if debate about justice for Palestinians and for Israelis is to be handled wisely, responses to what may be seen as controversial teaching will need to avoid the good/bad, either/or rush to judgement: either desist or be dismissed, either abide by our university rules for civil conduct, or pay the penalties for disobedience.

On 29 November, International Day of Solidarity for the Palestinian People, Lamont Hill, a commentator for the Television company CNN, spoke at the United Nations about the need for a free Palestine from the river to the sea. That is a common expression used by champions of national identity in Israel and in Palestine. He spoke as a supporter of Palestinians’ rights to self-determination but his words were seized on as evidence that he wanted Israel to disappear.  The Anti-Defamation League and the Zionist Organization of America (ZOA) are reported to have inundated CNN with calls to terminate Hill’s employment. The ZOA President denounced Hill’s speech as ‘Jew hating, violence initiating and genocidal’. Professor Hill was sacked by CNN. The President of Temple University judged his speech to be hateful and anti-Semitic.

The polarization shown in this Israel right or wrong attitude allows neither time nor space for contemplation unaffected by assumptions that Israeli must be treated as exceptional, its policies protected and defended whatever the costs. Lamont Hill is a victim of those assumptions. Temple University management wants to punish their employee.

Professor David Palumbo-Liu of Stanford writes in The Nation that, in a desire to punish Lamont Hill, Temple University management organized no hearing, no investigation and there was no faculty committee discussion. Principles of vigorous debate and freedom of speech did not apply if it looked as though Israeli supporters might be offended.

At Sydney University, Dr Anderson has often challenged what he regarded as ‘war propaganda against Syria, Iraq and Palestine’. At first sight it appears as though his employers have acted with more patience than their counterparts in that American university. Nevertheless, the strain of thought which says that sharing extreme criticism of Israel with students, as in Anderson’s apparent analogies of Nazi and Israeli practices, represents academic misconduct.

Anderson is reported as having shown students material featuring the Nazi swastika imposed on the Israeli flag, and on social media he had been explicit about the crimes of the ‘apartheid’ Israeli state.
In any appraisal of this controversy, the use of the word apartheid and labelling Israeli policies as Judeo-Nazi need to be carefully evaluated. In this evaluation, emotions will need to disentangled. In the Sydney case, it is incumbent on the university representative, the Provost Professor Stephen Garton, and the accused, Dr Tim Anderson, to both engage in this disentanglement. If this does not happen, Sydney will drift into the process of charge and counter-charge, of judgement without evidence, as in immediate anti-Semitism accusations which prevail in the United States. That drift only produces extreme views and judgements – my Maginot line scenario- which allows no flexibility, no room for interpretation and reinterpretation.

In the Sydney University student newspaper Honi Soit, Tim Anderson is reported as having accused the Provost of acting as a political censor, of being  dishonest, evasive and lacking in respect for intellectual freedom. In response, the university authorities have insisted that any expression of  intellectual freedom must accord with the highest ethical, professional and legal standards. The potentially painful barbs of accusing someone of being evasive and dishonest will no doubt be put aside, and not arouse motives to have someone removed so that they cause no further trouble.
In a protest against Anderson’s threatened dismissal, a letter to the Provost signed by over twenty academics argued that his suspension would be ‘an unacceptable act of censorship and a body blow to academic freedom at the university’.  The authors of the letter were careful not to refer, let alone to justify the historical analogies used by Anderson, yet the merits of those analogies should be considered.

In an anti-racism conference in Britain in 2010, hosted by UK Labour leader Jeremy Corbyn, the late Hajo Meyer, a survivor of the Holocaust, compared Israel’s treatment of Palestinians and the Nazis’ treatment of Jews. Meyer had dedicated his life to supporting Palestinians’ rights. Years later, with the rise of the emotionally charged motives to stamp on anyone who appeared to have colluded with criticism of Israel, Corbyn was accused of being anti-Semitic. In defence of Corbyn, the author of the draft definition of anti-Semitism by the International Holocaust Remembrance Alliance  said, ‘I don’t believe he’s anti-Semitic, nor do most reasonable people. He’s anti-Israel and that’s not the same.’

In a recent edition of the Middle East Monitor, Noam Chomsky has echoed the comments of the late polymath Israeli Professor Yeshayaha Lebowitz who spoke about the dehumanizing effects of Israel’s brutal occupation of Palestine on the victims and oppressors. Leibowitz had warned, ‘if the occupation continues, Israeli Jews are going to turn into Judeo Nazis’.

An almost infinite list of Israeli atrocities, plus earlier suicide bombings by Palestinians, have no doubt affected Dr Anderson’s teaching. Even if the 1948 Naqba removal of 700,000 people from their lands and homes is not referred to, the atrocities include the slaughter of over 1,100 Gazans including 350 children in Operation Cast Lead in 2009 and the slaughter of over 2,200 Gazans including almost 500 children in Operation Protective Edge in 2014. Over the last nine months, at the Gaza border fence, over 230 young Palestinian protesters have been killed and as many as 20,000 maimed, many for life. Dr Anderson could have listed some of these killings and asked students to make up their own minds as to what historical comparisons they might make.

As a test of a university’s respect for vigorous and reasonable pursuit of ideas, it looks as though Anderson had stretched what his employers would have considered reasonable and vigorous. But the university’s values are only really tested when an academic appears to challenge the rules.

There is a significant difference in the reaction of American and Australian university authorities to criticism of Israel. What looks like a mild reference to Palestinian rights by Marc Lamont Hill of Temple produces a purge-like, punitive reaction. At Sydney University, the official reaction to Dr Anderson’s much more trenchant criticism of the brutality of Israeli policies appears to have included due process measures even though Anderson is currently not allowed to appear on campus. In late January 2019 a three-person internal Review Committee will make recommendations to university management as to the final decision in the Tim Anderson case.

Sydney University’s response to Dr Anderson, including that important letter from supportive academics, is already markedly different from the vicious intolerance which stifles debate in the United States. If Sydney University authorities can avoid the ‘Israel must always be protected from controversial historical analogies’ strain of thought and if Dr Anderson can be more circumspect about his teaching about the treatment of Palestinians, his employment should be continued. If that happens, Sydney University will have made a principled stand for academic freedom and thereby assured staff and students that in no way will their university imitate the McCarthy-like practices in the United States.