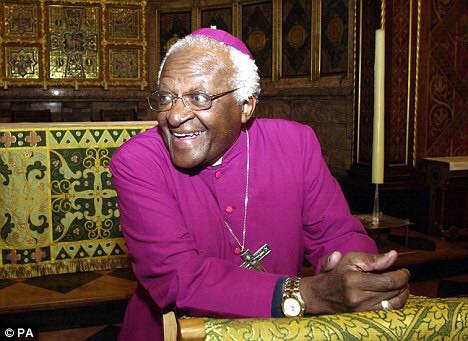 The world needs the values, courage and humour which characterised the life of Archbishop Emeritus Desmond Tutu who died aged 90 on Boxing Day 2021. The qualities of his leadership need revival, not least in Australia.

Awarded the Nobel Peace Prize in 1984 and the Sydney Peace Prize in 1999, ‘the Arch’ was a beacon of light for humanity. The citation for the 1999 Sydney award referred to his courageous anti-apartheid campaign, to his support for universal human rights and to his opposition to any kind of retributive justice.

That latter principle was evident in his three-year Chairmanship of the South African Truth and Reconciliation Commission, and is illustrated in his auto biography, ‘No Future Without Forgiveness.’

Throughout his life, and with regard to current polarisation between the US, China and Russia, ‘the Arch’ would have been an inspired teacher about the conduct of peace negotiations, each step to be fuelled by his commitment to the language and practice of nonviolence. With a twinkle in his eye, he remained incredulous at foreign policies which depended on militarism, the ‘mine is bigger than yours’ swagger of political leaders, democrats, dictators or theocrats, who consider cruelty and violence as ways to foster national identity.

In classes and conversations at Emory University in Atlanta and in Sydney, he taught that either or views inherent in polarisation are unimaginative and inhumane. There was an alternative. “Enemies are potential allies, friends, colleagues, collaborators…a readiness to make concessions is a sign of strength not weakness.”

In 1999, concerning Australia’s efforts to apologise to indigenous citizens, he tried to explain to a reluctant Prime Minister John Howard, “it takes a big, brave person to say sorry.”

‘Belonging’ referred to policies regarding the treatment of asylum seekers and refugees, to the plight of any groups - Rohingya, Palestinians, Hazara, Tamils, Afro Americans, - who are stigmatised and denied basic human rights. He taught that their oppression affects all, because we are part of a greater whole, each one of us diminished when others are tortured or oppressed or treated as if they were less than who they are. Even the supporters of apartheid, he wrote, were victims of the same vicious system.

Armed with inclusive views of humanity, he crossed borders, challenged nationalism and advocated justice, not least regarding the plight of Palestinians. With his inimitable friend Nelson Mandela, he shared the view that South Africans would never be truly free until Palestinians were free.

As a supporter of the worldwide Boycott, Divestment, Sanctions (BDS) campaign for Palestine’ rights to self-determination, Tutu challenged the cautious, often cowardly views of governments and institutions which opposed BDS even as they mouthed support for human rights.

Already described in obituaries as a guiding light, ‘the Arch’s’ humour explains so much about his humanity. Based on a certain humility and self-deprecation, he was reverent yet irreverent, respectful yet dismissive of hierarchy let alone of snobbery.

Before a luncheon at Sydney University’ Centre for Peace and Conflict Studies, he gave a short blessing in Swahili. I asked him what he had said. He pointed skywards and replied, ‘Don’t worry, he understands.’ On a similar occasion, but this time at a BBQ cooked over an open fire, at least one of the sausages was burned black. He laughed out loud, “I suppose that one is for me?”

A ceremony to award Desmond Tutu an Honorary Doctorate of Sydney University included music and a solo dance from Ross Edwards’ African Suite. At the end of the performance, contrary to the usual formality of such occasions, the newly crowned Dr. Desmond Tutu, announced, ‘We should first embrace Chloe, such a wonderful dancer.’ The elegant ballerina responded to his invitation. On the edge of the stage they embraced. Tutu looked over the dancer’s shoulder and to the watching musicians from the Sydney Symphony Orchestra, who had accompanied the ballerina, he gave a thumbs up sign.

Later I asked the Arch, what would your friend Nelson have thought of such an experience? He laughed, “He would be so jealous.” He was joyful to the last. At the beginning of 2022, the world needs sustenance that could be drawn from the Tutu humanity, courage and humour, and if leaders imitated only a smidgeon of this Nobel Laureate’s record, that would be a fitting and lasting tribute.