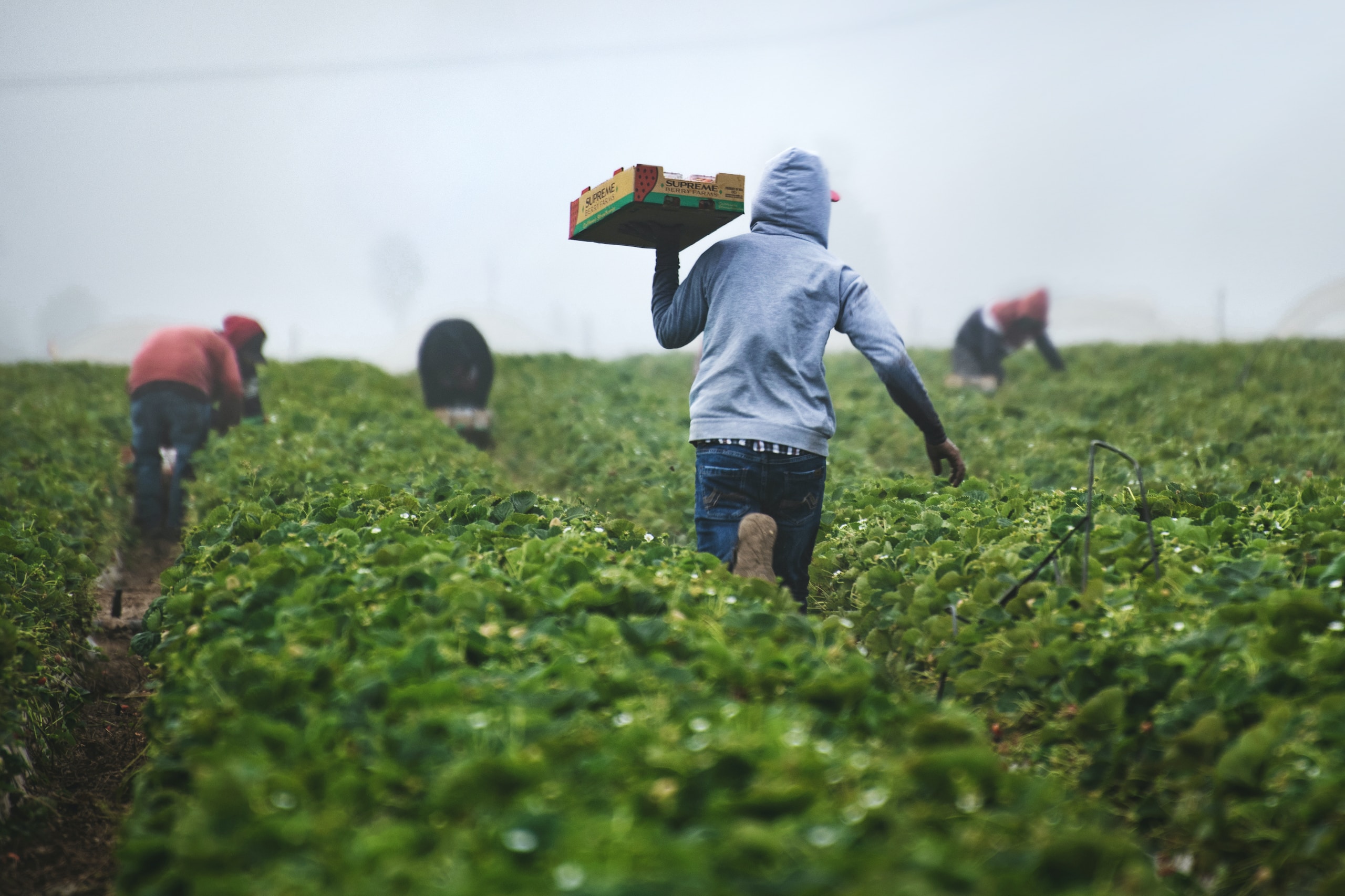 Jobs not Careers - the Real Employment Crisis on the South Coast

When Woolworths shuttered their virtually new Masters Home Improvement store in South Nowra, the debate began as to what should occupy the well-known site. In the local press, in broadcast media and in social media groups people offered up their views on what should happen.

"Give us a Big W" and "How about a JB Hi-Fi" were about as exotic as the answers got, with the authors of these comments suggesting that such national chain stores would offer great employment opportunities for the 'younger generation'.

And when a property developer announced that they had put in a DA to build a massive hotel complex on pristine bushland in Jervis Bay and was subsequently knocked-back, there was a strong pushback in the press and social media decrying the loss of potential jobs. Greg Bathurst of developers Kingfisher Projects was quoted in the South Coast Register as saying "The long-term jobs the project will generate will create new employment opportunities for the region."

And whenever the media runs yet another story about some hard-done-by fruit farmer who can't find itinerant workers to work for less than they'd get on the dole, people fall over themselves in the comments section and social media to display a total lack of empathy and weigh in on the subject.

Here are some actual quotes from such a post: "How disgusting is that when so many people are on the dole at our rate payers expense" and "Make the dole bludgers do the work instead of making a career out of being bludgers."

Leaving aside the way in which Australians routinely demonise the unemployed, we are left asking serious questions about work-life.

When did we put the notion of a career in the 'too hard' basket? When did we decide instead that all you could ever hope for was an unfulfilling casualised job? Why are the people forced to do these jobs supposed to be so happy about those crappy jobs? Why have we simply accepted the spirit-crushing reality of these minimum wage, unfulfilling, casual and shift work jobs for globalised conglomerates?

The subtext always seems to be that most people should abandon any silly dreams for a career and be happy to have a minimum wage job stacking shelves in a supermarket or picking fruit.

Now it would be easy to pin the current job situation entirely on the various tiers of government but actually the citizens of this country are complicit in the current state of affairs.

When that Masters store shut down and the good people of the Shoalhaven were pleading for a Big W, it was depressing in the extreme.

How about this for an idea? Turn the old store into a science park. Install a full industrial-grade fibre internet connection to the premises, partition the store into a series of smaller office units and offer greatly reduced rent and rates to start-up businesses. Let anyone with a new business idea set up and see if it flies. Scott ‘a fair go for those who have a go’ Morrison would surely love it.

There are a few voices who can see beyond the retail, aged care, tourism and lawn maintenance job sectors. For instance the ACTU recently published a report titled Australia’s Economic Reconstruction after COVID-19: A National Jobs Plan and Five Ways to Get Started which includes the following section:

"Australia needs to nurture an ambitious and forward-looking portfolio of high-quality, innovation-intensive sectors that can underpin our future trade success, productivity growth and economic diversification."

Yes, 100 per cent, absolutely. Let's look beyond retail and tourism and help create meaningful jobs that offer meaningful opportunities. The south coast has always heavily relied on the tourism and retail sectors because everything else required the inter-connected network of businesses, services and labour force that you can only find in large cities.

But if Covid has proved anything it is that many of the old rules about businesses no longer apply. Businesses have discovered that actually their profitability is not harmed when its employees work from home for some of the week - quite the opposite in fact. There is no reason at all, literally none, why the next Atlassian can't spring up here and be headquartered on the south coast.

Move with the times

Australia is stuck in a political and social mode of thought that has not changed much since the 1950s. Nowhere is this time-warp thinking more evident than in the business sector where successive governments, bought and paid for by arch-capitalist organisations like Rupert Murdoch's Newscorp, champion dying industries like coalmining. The cost of that primordial thinking is the birth of new businesses, new industries and new career paths for Australians.

Of course we cannot transition every business to the internet; we still need food, houses, transportation and everything that goes along with them. And unfortunately we currently still need mining and oil production for the base components in high technology and a vast number of everyday products.

Until there is a mindset to encourage innovation however, nothing will change in this country. We are stuck in a backwards-looking mindset and the paralysing belief that the old ways are the best.

Australia has squandered many opportunities thanks to regressive thinking and bloody-minded apathy. Nearly half of all solar energy produced in the world is made possible by a device called a PERC module, which was invented at UNSW.

Australian researchers are responsible for many of the leaps forward in solar technology - so how come there is literally just one single company making solar panels in this country?

The manufacture of solar panels and the entire support infrastructure that sits around them could be a source of myriad career paths for Australians and potentially a massive export market. Why isn't government - federal, state and local - encouraging this instead of pandering to the planet-warming fossil fuel industry?

There has been a huge surge of interest globally in new methods of food production, particularly in a move away from meat. Encouraging the development of small and medium industries in this sector is a future-proof investment in the viability of this region as a source of meaningful employment.

Think it's a pipe-dream? South Coast Mariculture, based in Jervis Bay, have created an innovative aquaculture business based around commercial blue mussel harvesting. Or how about Venus Shell Systems, a company created by Dr Pia Winberg right here in the Shoalhaven, to use seaweed biomass and extracts for use in biomaterials, cosmetics, dermatological care, food, nutraceuticals and pharmaceuticals.

These innovative businesses are an embarrassing rarity, brightly shining lights in an otherwise depressingly predictable landscape. They are precisely the sort of businesses we need to be encouraging the next generation to create. And yet the NSW government ear-marked just $2.1 million across the entire state to support start-ups and small to medium enterprises.

Shop till you drop

Even in the retail sector, that most favoured and beloved Australian business sector, there is no imagination, no innovation and no forward-thinking. Our retail sector is dominated by global chains and multinational companies all selling the same container-shipped goods from China.

The pile-it-high-sell-it-cheap ethos of these companies means they require huge amounts of floor space, which you only ever find in purpose-built out-of-town retail centres. The construction of these malls and shopping centres have the same effect everywhere on the planet - they destroy the traditional retail centres of towns and they make it viciously difficult for independent small businesses to compete.

Building your own business, perhaps in your own store, is an admirable career path but the opportunity to set up such a venture is problematic in the extreme. The logical place for these independent stores is in the town's retail centre but satellite shopping centres and malls have leached away many of the potential customers and, unless you're right on one of the central streets, you'll see very little footfall past your premises.

Local government could help by offering reduced rates and rents to new businesses, to give these businesses a fighting chance. And yet shops and storefronts remain empty on high streets across the south coast because no start-up can afford the rent and no existing business will risk the location.

When the old Spotlight store in Nowra was closed there was a lot of talk about what could be done with the sprawling property. It was the same old favourites being mentioned of course, big box retail chains that would never set up in such a building and in such a location.

Amazingly the building did attract a sympathetic developer who has brought the building back to life and will apparently sell mixed-use business leases within it. And while this is undoubtedly a good result, I can't help wondering how nice it would have been had it been turned into an indoor market with myriad small retail businesses operating under the same roof - retail businesses in a famous retail location in the retail heart of the town.

When it comes to having a career and a meaningful working life Australians seem utterly apathetic. The gig economy, globalisation and the regressive mindset of local councillors, state politicians and federal members make for a bleak future for young people leaving school and college here on the south coast.

If you want to stay here and work here then retail, aged care, or tourism is inevitably where you'll end up. If you want to work in the trades then you're in luck - the region's crying out for plumbers, tilers, plasterers, builders and electricians - but vocational careers? Not so much.

Within conspiracy theory circles there has been much talk of late of a 'great reset'. So the theory goes, Covid was part of a plot created by a group of world leaders to take control of the global economy and to introduce socialist and environmental policies.

To which I say, if only!

If there was a big reset then perhaps we could also reset this slave-like, serf-like, drone-like notion of paid employment - that McJobs are all you should expect and you should be deliriously happy about it.

The south coast is the perfect place to create new businesses in new markets, creating new products and services and in doing-so to create actual careers for people that enable them to both earn a living wage and have a fulfilling work-life.

It's a nice dream, but the apathy runs deep in Australia and only a societal change in attitude, the election of progressive political servants and a willingness to surrender post-war dogma will make it happen.

Until then Australia will continue to hold itself back, to embarrass itself on the world stage and to betray the generations of young people graduating from schools and colleges with qualifications that are as pointless as a politician's apology.