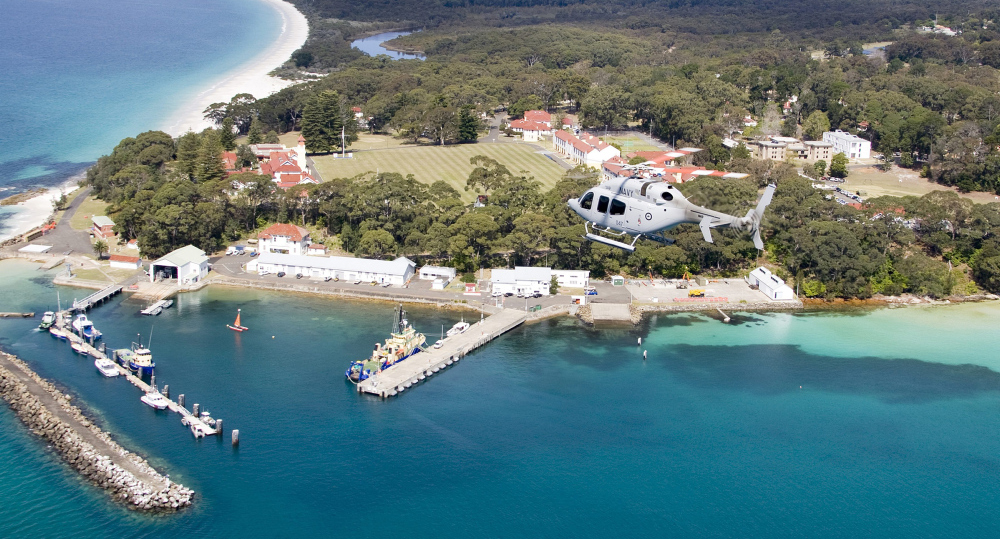 Morrison Must Come Clean; Is it ‘Yes’ or ‘No’ to a Nuclear Subbase in Jervis Bay

Do we trust Scott Morrison’s quick ‘No’ when asked about the possibility of a nuclear submarine base in Jervis Bay? Is it simply diversion given that Liberal Gilmore candidate Andrew Constance doesn’t need the heat during a federal election campaign?

Scott Morrison is yet to admit that navy assessment of sites for a future submarine base puts Jervis Bay as the preferred site after Sydney. His ten-billion-dollar pork-barrel announcement would be better spent on other more pressing needs in Gilmore.

Moments before calling the election, Morrison nominated Brisbane, Newcastle and Port Kembla as the likely places to stick the nuclear subbase - conveniently, a capital city in a Labor state, and two safe Labor seats. In the same breath Morrison ruled out the Navy’s first choice, Sydney, Botany Bay. A pity - that’s in Morrison’s own seat of Cook.

After Sydney, the Navy’s second and third choice, from a 2011 report (Future Submarine [FSM] Basing Study - 2011 2) into suitable sites for a submarine base, is Jervis Bay, already home to HMAS Creswell and a regular spot for RAN submarines to visit. This would include a separate armaments base, as well, on the north-eastern side of the bay.

Greens Gilmore federal candidate Carmel McCallum has been letterboxing homes around the beautiful iconic bay, with a flyer alerting residents to the potential for Jervis Bay to become home to nuclear submarines.

The pamphlet informs Jervis Bay residents of recent news from the UK that residents in towns where nuclear subs visit are distributed iodide tablets to safeguard their health against nuclear radiation spikes.

Ms McCallum said that if Mr Morrison does plan on putting a nuclear submarine base in this pristine national park, he must come clean before pre-polling opens and allow the people of Gilmore to make an informed choice about whether they want nuclear subs in their neighbourhood. This deadline of course has already passed and as expected, no community consultation ever took place.

Is a Marine Sanctuary the Best Place for a Nuclear Subbase?

Carmel McCallum, the Greens candidate for Gilmore, has questioned the Prime Minister’s nuclear submarine base announcement.

“None of the three options were favoured by the Navy in its 2011 review,” she said. “Port Kembla is too small and was eliminated very early. Sydney was the preferred option and two sites in Jervis Bay were options two and three.”

Greens MP and Senate candidate, David Shoebridge holds very real concerns because Jervis Bay is high on the Navy’s list of preferred sites. He is worried that after the election, plans will firm up and Jervis Bay will be a given.

“Jervis Bay with its marine sanctuary and pristine environment is the worst place to put a ten-billion-dollar nuclear submarine base with all the construction and destruction that will come with it,” Mr Shoebridge said.

When a State MP during the 2019 election, Andrew Constance evoked some community distrust when he openly criticised the NSW bureaucrats responsible for the marine parks for enforcing the sanctuary zones. Following the Black Summer bushfires Constance also lobbied for forests to be significantly culled around infrastructure, a theory non-proven and not in line with Aboriginal land management techniques. It’s no wonder that environmentalists and locals are extremely concerned about protecting Jervis Bay from a nuclear subbase.

Carmel McCallum also is concerned about any weakening of the Jervis Bay marine protections. As the Greens candidate for the Gilmore area, she works hard to both keep the public informed and advocate for high levels of environmental protection.

Gilmore Voters Can Handle the Truth on Jervis Bay

Just a few months ago, Gareth Ward, Member for Kiama, threw his weight behind the Prime Minister’s cunning announcement regarding nuclear submarine bases on the East Coast, saying Port Kembla was an ideal location over the other shortlisted sites of Newcastle and Brisbane.

However, the truth is that several studies, and seemingly the only studies on the table, have identified Jervis Bay as the best location. These studies provide undue influence on the final decisions of where the subbase will ultimately be located, a fact Carmel McCallum and The Greens are very aware of.

“Tragically, after Sydney, Jervis Bay, floated to the top as the prime contender. It ticks almost all the boxes,” she said. “Will Andrew Constance, the Liberal candidate for Gilmore, be honest enough to make a statement on this?  Will he swear that it will not be constructed in Jervis Bay?”

Jervis Bay is a Gazetted marine sanctuary and as such must be protected from the inevitable degradation which accompanies construction and operation of two huge military complexes on its shores.

“This smokescreen is a furphy,” Ms McCallum said. “It is a blatant and transparent attempt to divert attention away from the Coalition governments’ appalling performance regarding the floods, and to keep the Gilmore Liberal candidate from rightful interrogation by voters.”

Carmel McCallum is not understating her concern on this. “The people want to hear the truth. I am really angry about this, and so will be many others. We are sick of downright lies, misinformation and dishonest obfuscation of the truth.”

“I call on Andrew Constance to vow that Jervis Bay will never be in contention for such a scarring of the landscape and a reckless disregard for the precious Jervis Bay ecosystem,” Ms McCallum continued. “I am calling on all voters to ask the same question.”

“People want honest politics, not dishonest politicians. People can handle the truth, and they will vote accordingly.”

The South Coast Has Many Needs

The people of the South Coast are still screaming out for support from the devastation of the 2019-2020 bushfires and the pandemic and lockdowns that turned the region into masses of ghost towns. Recently it was discovered that one in ten families who lost their homes in the Black Summer bushfires are still living in temporary housing such as tents and caravans.

With the pandemic still raging, our communities need access to decent healthcare and housing. Homelessness and affordable housing are huge issues across the entire South Coast and the pledges made by Morrison of superannuation access for new home buyers has been criticised by many, including Paul Keating who was key in superannuation reform. It also does nothing to fix the housing affordability issue and has the potential to push housing prices up even further.

Education, training and work opportunities are big issues particularly for the larger towns in the region. Investment into better public transport and a by-pass for Nowra, which is currently not on the governments agenda, make plenty of sense but are somehow missing.

Just this week, on a visit to the Sikorsky Australia's manufacturing site just south of Nowra, Morrison said he had ruled out Jervis Bay as a home for the nuclear subs. Carmel McCallum however is not convinced; during elections talk can come cheap and transparency can be overlooked for votes.

“Scott Morrison must come to Gilmore and publicly rule out a nuclear submarine base going anywhere in Australia, let alone Jervis Bay, because we simply cannot believe his earlier announcement,” Ms McCallum said. “Surely this whole exercise has been to politicise another defence announcement, to take the heat off the Liberal candidate, Andrew Constance.”

“And if you think Scott Morrison would not lie about his plans for nuclear submarines,” she continues, “just ask French President Emmanuel Macron.”