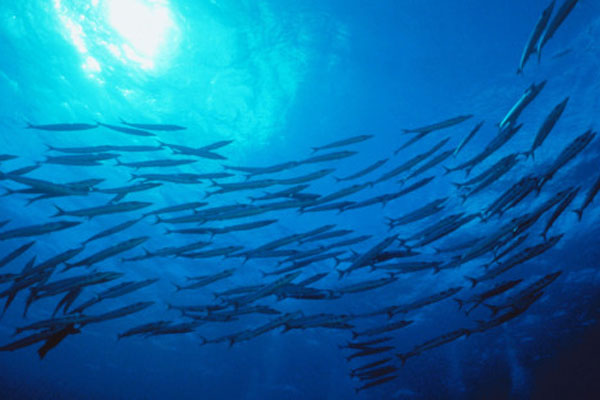 This year’s Milton NPA Public Lecture will address our marine environment, as well as provide an opportunity for residents to ask questions and find ways to become involved in programs designed to educate and protect the marine environment, which means so much to us all.

The event will be held on SATURDAY, APRIL 7 at the Ulladulla Civic Centre, Princes Hwy, Ulladulla. Admission is free and 1.30pm is the time to be there for a 2pm start.

The principal guest speaker will be John Turnbull, marine ecologist and social researcher based at the University of New South Wales. His research interests include the relationship between humans and our oceans, and the strategies we can use to effectively conserve marine life. John has spent many hundreds of hours underwater, documenting marine life in photos, videos and articles. He is involved in a number of marine citizen science programs, including Reef Life Survey the Great Southern Reef program. John is also the founder of www.marineexplorer.org, which publishes daily on our marine life, and recently passed 2.5 million views.

John says: “Our oceans are arguably the most important part of earth’s biosphere - they modulate climate, store carbon, generate oxygen and provide the moisture that is essential to life. Yet they are often out of sight, out of mind. Few people ever see more than a few metres below the surface, which represents less than one thousandth of the oceans’ average depth.”

In his talk he will explore the boundaries that define our oceans, and the life within. Aided by his superb underwater videos he will focus on a few charismatic, rare and strange sea creatures, like the weedy seadragon, grey nurse shark and giant cuttlefish and discuss what can be done to conserve our oceans and their incredible marine life, and what each of us can do to make a difference.

John will then be joined by a panel of experts who are actively involved in protecting the ocean in our own area.  Matt Carr, Manager of Jervis Bay Marine Park.

Matt says: from early childhood, my life has been spent on, in or under the water. After a few false starts at various careers I decided to follow my passion and aim for a job working in marine protected areas, where I could spend my working days on the ocean.” Matt eventually escaped desk bound policy jobs to become Senior Planner at the Great Barrier Reef Marine Park, then Manager of JBMP. Matt will provide information about the daily programs in marine parks and how stakeholders can contribute to marine parks in the future.

Bill Barker is President of the Nature Coast Marine Group, a community organisation based in the Eurobodalla that works for the protection, understanding and enjoyment of the marine environment. Bill is a scuba diver and snorkeler. Much of his diving has involved identifying, quantifying and photographing marine life as part of marine surveys. He is a member of the Batemans Marine Park Advisory Committee and the Eurobodalla Council’s Coastal and Environmental Management Advisory Committee. He is also interested in the relevance of environmental philosophy to marine issues.

Bill says: “The Nature Coast Marine Group undertakes research, and engages in advocacy and consultation with government. It organises activities such as snorkelling and rock shelf walks, and assists with public information and school programs. It works from the principle that people need to have positive interactions with the marine environment if they are going to protect it.

Monica Mudge​​, the Take 3 For The Sea South Coast Guardian, is actively involved in getting young people, particularly surfers, involved in the Take 3 (pieces of plastic every time you visit the sea) program.

This will be a talk for anyone who loves the ocean, whether they swim, surf, snorkel, dive or fish in it, or just enjoy being beside it. We should all be concerned to protect it for future generations and this will be an opportunity to discover what can be done by groups and individuals.

A gold coin donation would be appreciated to help cover costs of hall hire and afternoon tea.